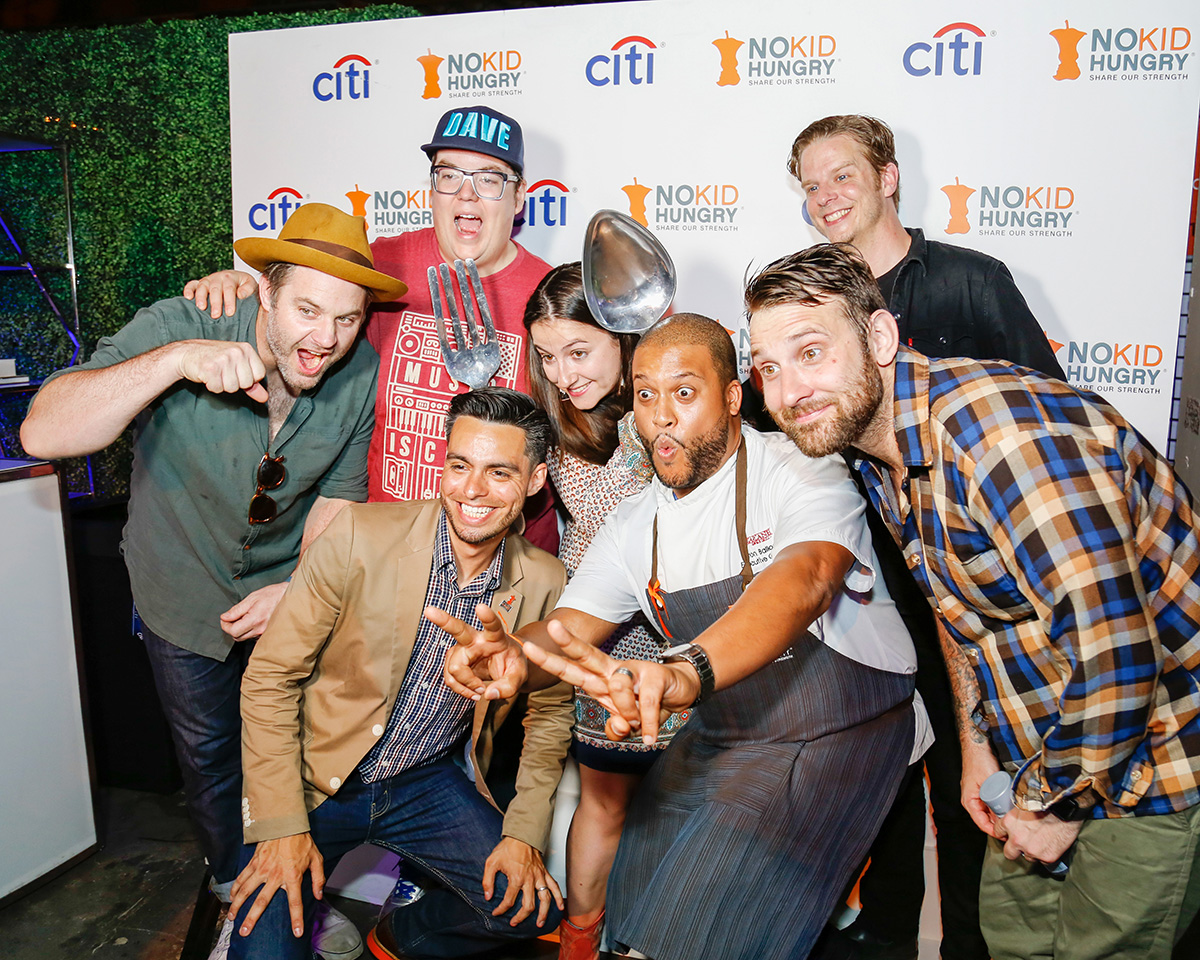 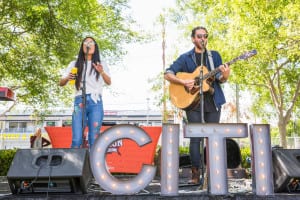 Us The Duo performs at LA Taste Of The Nation.

Citi, a core partner of Share Our Strength’s No Kid Hungry campaign, is on a mission to ensure that no child in the U.S. has to face hunger. Since 2014, Citi’s support has raised millions of dollars and enabled No Kid Hungry to provide more than 76 million meals to kids in need. This year, through strategic initiatives with musicians and amped up social media opportunities, the bank also has ensured a top-notch experience for Citi cardmembers at Taste of the Nation dining events that raise money to support the No Kid Hungry campaign.

Musical performances, Instagram “takeovers” and video vignettes created buzz, promoted ticket sales and raised awareness for the cause. They also added a fresh element to a program that is now in its third year. Taste of the Nation dining events are one of Share Our Strength’s flagship culinary fundraising programs. The events engage more than 3,000 chefs, mixologists and restaurateurs in nearly 40 cities to raise funds to support the cause of ending childhood hunger in America.

“Through our involvement, and that of our cardmembers, we are able to help No Kid Hungry provide meals to children in need and ensure they have the foundation they need for a bright future,” says Jennifer Breithaupt, Global Consumer Chief Marketing Officer at Citi.

Citi also leverages its sponsorship of Taste of the Nation events as “hero moments” as it helps the brand foster emotional connections and creates feel good moments for cardmembers.

“With one of the largest entertainment access platforms of any brand, we endeavor to tap into these resources to elevate the experience for our customers and engage them in supporting our efforts to have a transformative impact on this country’s youth,” Breithaupt says. 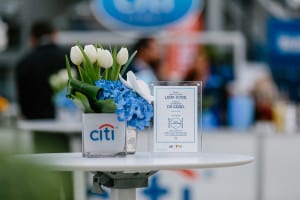 Citi’s VIP lounge at DC Taste of the Nation.

Citi cardmembers receive special benefits such as early purchase of tickets to Taste of the Nation events and VIP entry at a Citi VIP table, where they receive a custom laminate, lanyard and tasting tray. Once inside, they can enter the Citi VIP Lounge with its sleek white furniture, private bar and charging stations. This year, the lounge featured a photo booth where attendees had their picture taken, which was then printed on a thin layer of sugar adorning a custom cocktail that attendees could post to their social media sites.

Five of the Taste of the Nation events—held in Washington, D.C, New York City, Miami and Los Angeles, with one more to take place in August in Chicago— this year capitalized on music and the artists’ social media influence to elevate the attendee experience and increase awareness about the No Kid Hungry cause. MAC Presents, the New York City-based agency that specializes in connecting brands with musical talent, handles the activations for Citi on this program and this year added the artist integration.

The first event, which took place in Washington, D.C., on April 19 at Nationals Park, resonated with the folk, hip-hop and rock & roll sound of musicians Judah & the Lion, an alternative band from Nashville that performed two acoustic sets on the main stage overlooking the ballpark. The group played its hits and a few covers, then free styled about the importance of the No Kid Hungry mission. When they weren’t playing, band members Brian Macdonald and Spencer Cross scouted the event, taking photos of the culinary components and the Citi cardmember experience, then posted them to Citi’s Instagram account. The photos, as seen through the eyes of the musicians and captioned “Captured by: @judahandthelion #CitiGiving #NoKidHungry,” added the group’s signature artistic flair. The group also participated in a meet-and-greet inside the Citi Lounge. 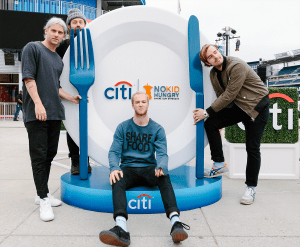 Judah & The Lion arrive to Citi’s VIP lounge at DC Taste of the Nation.

The New York Taste of the Nation event, which took place April 24 on the East River Waterfront at 180 Maiden Lane and was hosted by restaurateur Danny Meyer, offered an evening of bite-size fare, craft cocktails and inventive desserts topped off by the Canadian rock group The Strumbellas, who performed an acoustic set during the event. The Strumbellas also performed in Miami on May 12 and will appear at the Chicago event in August as well. In New York City, Citi harnessed the group’s creativity in a video “takeover” of Citi’s Instagram story. The Strumbellas’ video vignettes featured interviews with the chefs and the dishes they were preparing, including a tasting with local Pig and Khao chef Leah Cohen.

The Los Angeles Taste of the Nation event took place during the day at Media Park in Culver City in an experience that was more family-friendly and featured performances by Us the Duo, a married couple that has been exploding on social media since 2014 and has garnered 134M YouTube views and 4.4M Facebook fans. The group performed two acoustic performances in the center of the park, and in between performances, cardmembers waited to take photos with the duo inside the Citi Lounge.

“Each artist helped make the event feel simultaneously more intimate and national in scope, and their support on social media brought the cause an additional spotlight,” says Jessica Beutler Abel, EVP Client Services for MAC Presents. 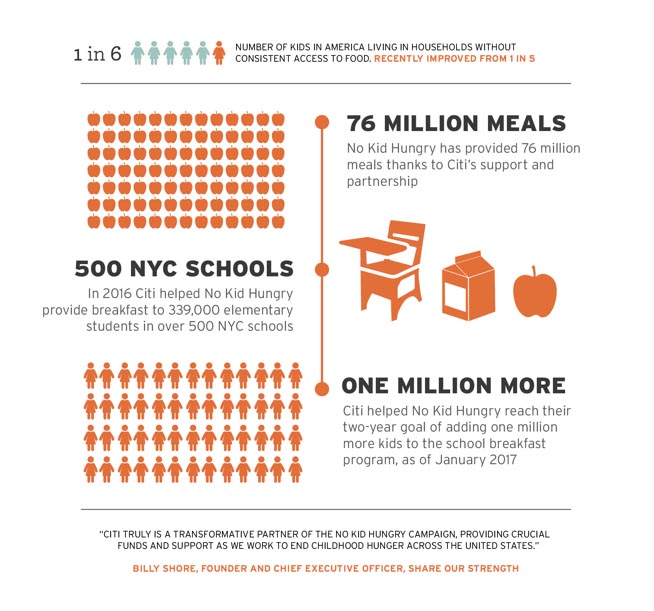