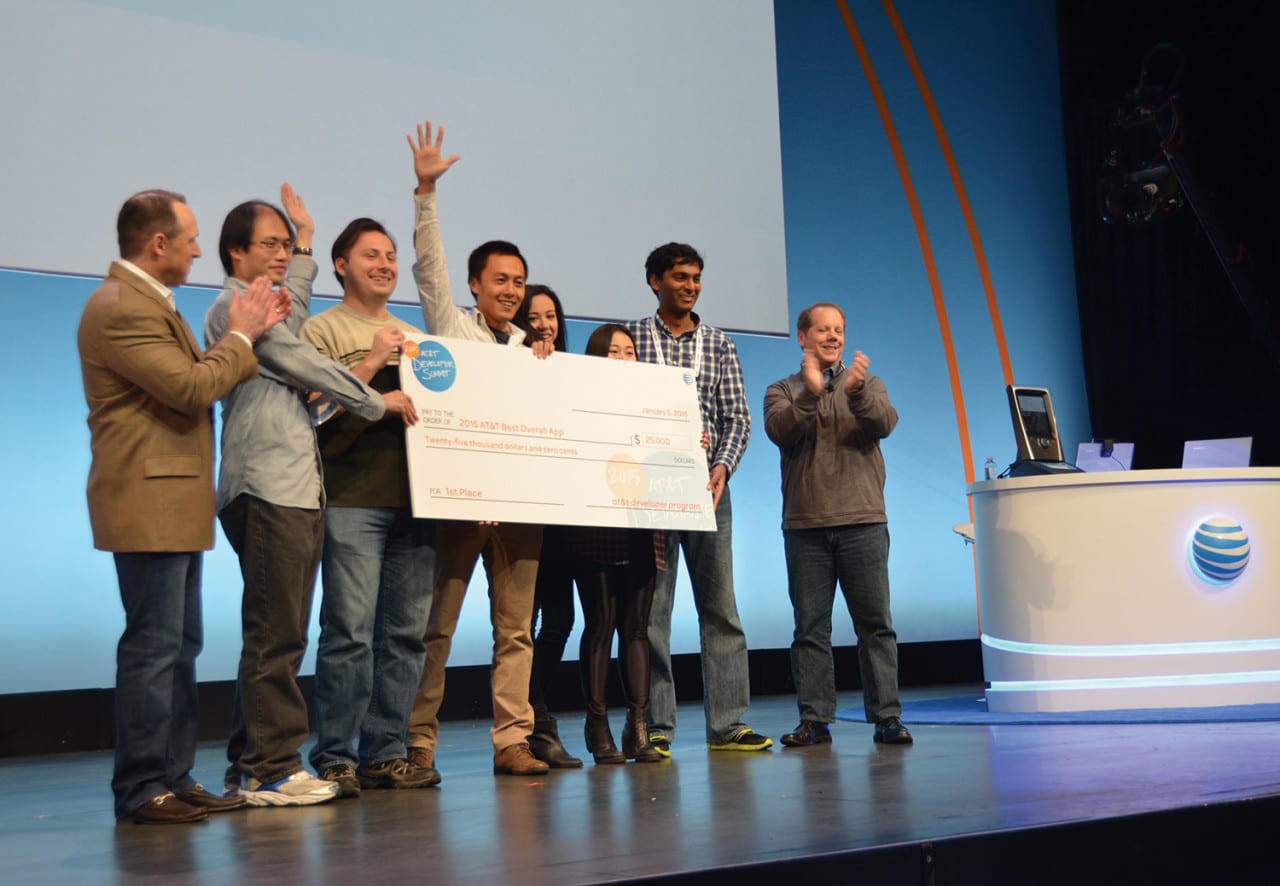 Hackathons are largely a tech community phenomenon where brands put their latest products in the hands of coders and developers and then ask them to collaborate and compete to create the next killer app. But brands of all kinds are starting to find that it’s not only exciting to put your company’s biggest users on the front line at events—it’s good for business, too.

AT&T brings about 700 top developers together each year to its Developer Summit Conference to show off what it’s been working on for the past year, then see what the community thinks of its products and innovations. The real draw is the hackathon, however. AT&T this year offered $100,000 in cash and prizes across several categories, designed to encourage collaboration, learning and innovative application development. The focus: “The Internet of Things,” or the connected car, connected home and wearable tech.

Participants had two days to build and code a mobile app solution with help from several key sponsors and AT&T partners, in addition to input from the three hackathon mentors. The top three teams pitched their apps to attendees during the conference keynote for the chance to win the grand prize.

Building a hackathon like the one AT&T puts together is an epic undertaking. Carolyn Billings, assistant vp-product marketing management, device operations, developer services, is one of the leads on the effort. She faces the hacker lions every year and has built a strategy that works to give the attendees what they want from a hackathon while giving AT&T the exposure and value it needs, too. Here, her seven tips for how to engage the hacker community and build a successful branded hackathon.

Billings says you’re out of the game the minute you ask for a credit card or social security number. They won’t trust you, they won’t help you and they won’t come. Instead build a relationship with the local communities the way AT&T does with its free-to-join Developer Program. With that in place, when it comes time to start looking for attendees AT&T can tap an audience of 50,000 members that already have a relationship with the brand.

2. Remember who they are.

“We always try to keep this in mind for the hackathon program,” Billings says. “These aren’t paying customers in the traditional sense. They are of above-average intelligence and they’re very thoughtful evaluators of new systems and products. We want those evaluations.” To make sure they want to give them to you, she says to appeal to them with integrity, an honest and clear statement of goals and the best cutting-edge tech you have to offer. Basically: you better come correct.

Billings says that, yes, it’s great if the attendees of the hackathon come out fans of the products they’ve been exposed to, but that’s not her key priority. AT&T is there to listen and learn from these attendees. “The hackathons are among AT&T’s most powerful ways to stay on top of the new tech and innovations that these hackers care about and want to play with. It’s a great way for us to stay informed.” In addition, the brand exposes the hackers to its new projects and gets valuable feedback from them while they hack away.

This is the most important logistics tip you can remember. You’re bringing a bunch of the most heavy power users of bandwidth you can imagine together in one place, so you better be ready. “Do not trust the hotel to know how to run your network,” Billings says. “Drop special landlines, make it redundant.” Don’t screw this one up.

Constantly. “You have to have it flowing. All. The. Time.” The brand has in the past played with the idea of removing the coffee service for a while at 3 a.m. They nearly rioted. Don’t take away their caffeine. It’s not worth the catering savings.

Be as open to as much collaboration as you can be, even if that means your competitors get on the floor, too. “This developer community really doesn’t want to have your corporate squabbles and rivalries get in the way of the work they are doing,” Billing says. “Don’t be selfish. Share. They will use whatever tool they decide is best for the job.” They only care about excellence, not exclusivity.

“I’m constantly surprised at how much creativity and expertise they show. Every time we do one of these, we’ve been blown away by what they could do in 24 hours.” You will be, too.