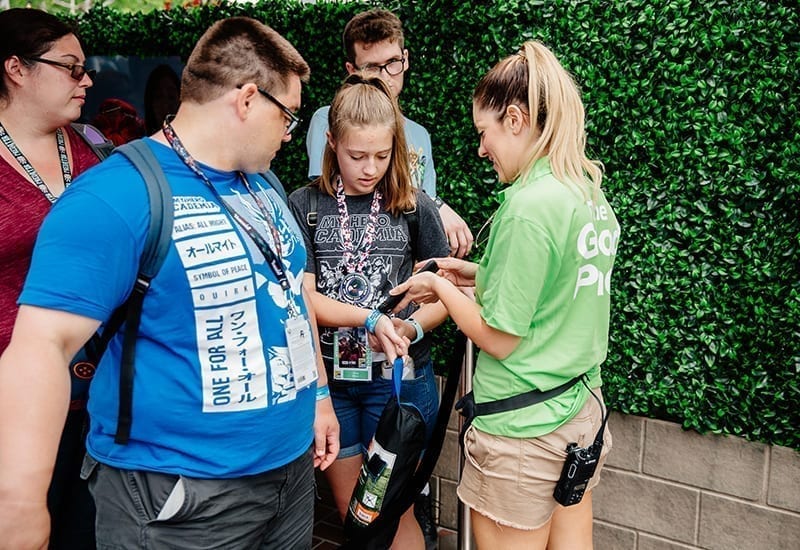 Technology experts talk data, logistical challenges and having a seat at the table

They say using technology for technology’s sake isn’t a winning strategy, but what if it’s not even an option? A study conducted by Eventsforce revealed a lack of technology expertise in the event industry, with 47 percent of respondents reporting they have limited skills to make confident, informed decisions around their event tech investments. The study, based on answers from more than 145 event professionals in the U.S. and UK, also found that 91 percent of event marketers consider tech an important part of the job, but only 48 percent consider themselves to be tech-savvy.

What’s the industry to make of this data? We tapped a group of event technologists for their insights on the state of event tech and where their roles are headed.

THEY WANT A SEAT AT THE TABLE

Every single expert we spoke to drove the point home: the tech team on any live event needs to have a seat at the table from day one. Working in silos is no longer an option if you want to build a seamless experience.

“People might have the perspective that, ‘Oh, this is probably really boring for you to sit through.’ But being involved from the beginning connects a lot of dots for me, and I can see solutions to other challenges you have that you didn’t realize might have a digital component,” says Jon Eichorst, director-digital strategy at Wilson Dow.

Most of the tech experts we spoke to got their start in technology, then later learned how to merge it with the event industry. Indeed, being a successful event technology professional requires marrying tech savvy with a deep comprehension of the event space. Mastering one area of expertise without the other won’t cut it. Why? For one, live experiences tend to take place in environments that are considered “harsh” for many technologies, and an event technologist knows which ones will work outside of a controlled setting.

“You have to understand the environments in which we operate… we’re not always in air-conditioned, dust-free, four walls and a floor spaces where this technology is going to be deployed, and we’ve got all the power requirements we need,” says Paul Duffy, evp-client services and agency operations at Next Marketing. “Our frustration comes from the fact that we’re being served up technology solutions that as soon as you put it in the back of the truck or under a tent, all of a sudden nothing works.”

From helping to inform future event strategies to enabling personalized experiences, data is an extremely powerful piece of the event puzzle, and its significance will only continue to grow. Really, data should be a tech expert’s best friend.

“Any brand that’s spending a lot of money on tech at their events needs data as a return on investment, and to understand how to extract information from that consumer. You can learn so much from an event if you’re just tracking that information,” says Megan Stewart, lead producer at OA Experiential. “When someone is registering their QR code, let them choose out of three options for their main profile color that will show up on screens throughout the experience. Have fun with a Buzzfeed-style quiz—people will tell you everything about themselves to find out which Disney princess they are. You can ask questions that are more playful and fun; it doesn’t have to be like a survey.”

Duffy agrees, and points to the power of data to identify consumer behaviors.

“You have to understand the environments in which we operate… we’re not always in air-conditioned, dust-free, four walls and a floor spaces where this technology is going to be deployed, and we’ve got all the power requirements we need.”

-Paul Duffy, evp-client services and agency operations at Next Marketing

While some agencies swear by in-house technology experts, others say it should be a mix of internal tech specialists and outside vendors. There are also conflicting views on whether the industry is in need of more technology expertise.

“Imagination was one of the first companies to have a department dedicated to event technology, but these days I think it is more common to see technologists on teams,” says James Castro, associate production director at Imagination. “There is a need to bring [vendors] on for specific events, especially at the scale and complexity of events we are seeing now.”

For Eichorst, it comes back to eliminating silos. “It’s easy for there to be this gap between how far the tech provider can go and how far the marketing client can take it,” he says. “If you understand both of those perspectives and can fill that gap, there is a hole to fill in the marketplace for that type of engagement in developing projects and endpoints for clients,” he says. “You kind of need to be an inch deep and a mile wide and then you bring in support that can take you that mile deep for those areas or those technologies that you might be combining to create a transformative experience.”

For the team at Next Marketing, creating a dedicated event technologist role won’t be on the agenda any time soon. “We’ve really not been able to justify in our heads and minds what that person would do on a daily basis,” says Duffy. “Instead, we’ve relied more on third-party vendors who are playing heavily in that emerging technology space and are not competitors of ours that would ultimately serve as partners to us.”

THE FUTURE IS ‘INVISIBLE’

Everyone we spoke to agreed—the most effective technology today, and moving into the future, is the kind that attendees can’t quite put their finger on. The kind that creates a seamless experience in the background but is more or less “invisible” to the attendee.

“The new trend in tech is having it be in the background,” says Stewart. “For a while it was having that huge VR setup and all these screens. But creating an amazing environment where people can move around like they move through the world with the [tech] package in the background enhancing the experience is really
interesting.”

Eichorst agrees. “As tech matures, the winning equation is one where the tech you interface with that requires the least amount of you to deliver its value,” he says. “That’s kind of the golden point we’re going to where that tech layer becomes almost invisible and I can interact in an environment as a human would and still get that value. I think eventually we’ll get there, but it’s a number of years off before we get to the point where it’s that fluid.”

According to the Eventsforce survey, 56 percent of respondents believe there will be an emergence of a new breed of event professionals whose job is exclusively focused on technology. Time will tell, but we can’t wait to see what’s next.

This story appeared in the March 2020 issue
Tags:event technology, technologist