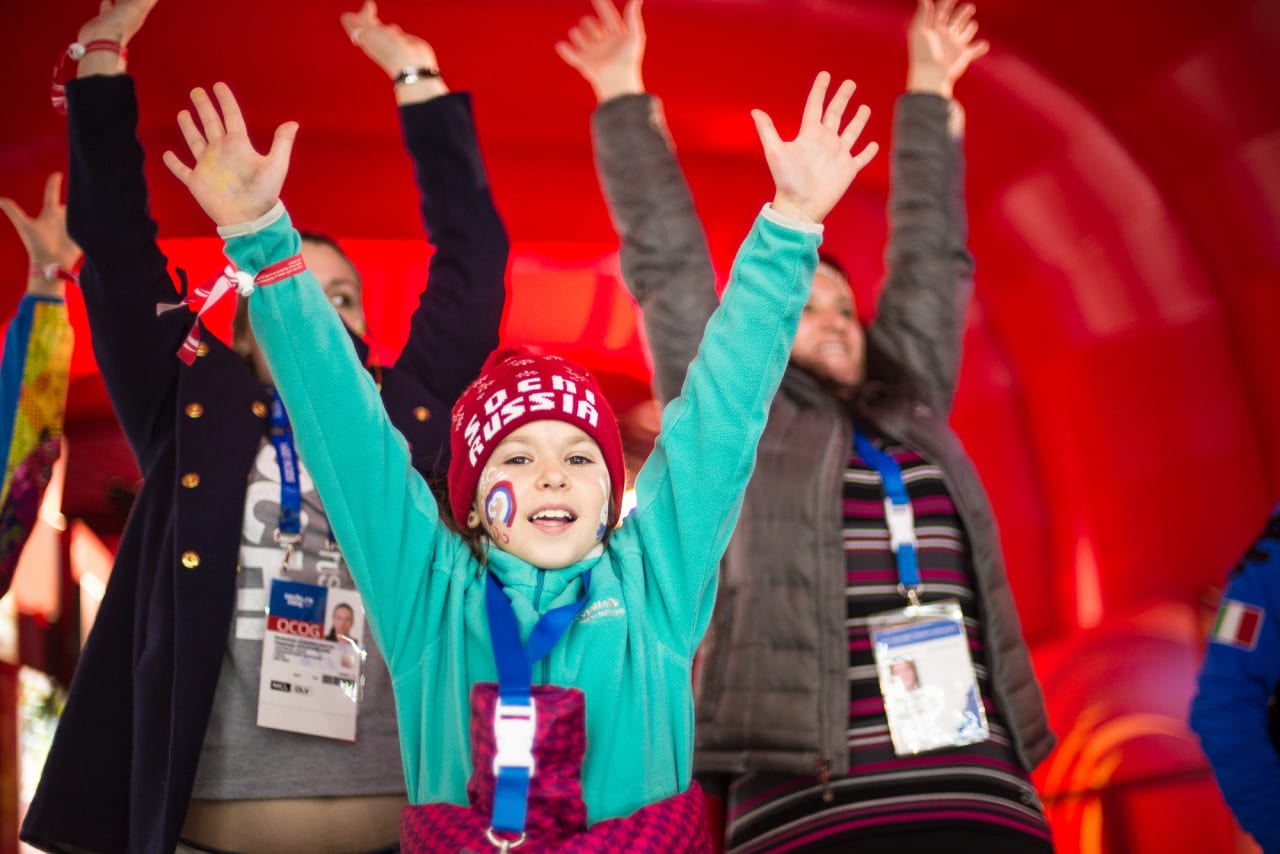 Coca-Cola’s Active Living Showcase served as the brand’s on-site fan engagement zone at this year’s Olympic Games in Sochi, Russia, giving fans a taste of the world of Coca-Cola through a tour of its history, brand and longtime sponsorship of the Games.

The activation promoted an active lifestyle through engagements that took place at each stage of the tour. It kicked off at the entrance with a dance class that had fans moving to music as they waited in line. Next, attendees took a journey into Coca-Cola’s history with a museum-style display filled with facts and artifacts. The consumer journey next wound its way into a deep dive into Coke’s presence in Russia (only since 1980!), then another environment filled with images of Coke’s history in sports. Once inside the pavilion, fans could take part in a green-screen photo op with an Olympic torch, step inside a mini movie theater experience, get training tips in a basketball dribbling class, strap on a QR code bracelet to compete (virtually) with famous athletes and jump on an interactive skiing simulator.

The whole effort capped off with an interactive cold Coke dispenser. Overall, the inflatable structure itself rated a “meh” on our first impression scale, but that’s probably because Coke’s London Olympics activation was so innovative and visually stunning that it will forever put most Olympics pavilions to shame—even its own. Agency: ignition, Atlanta.