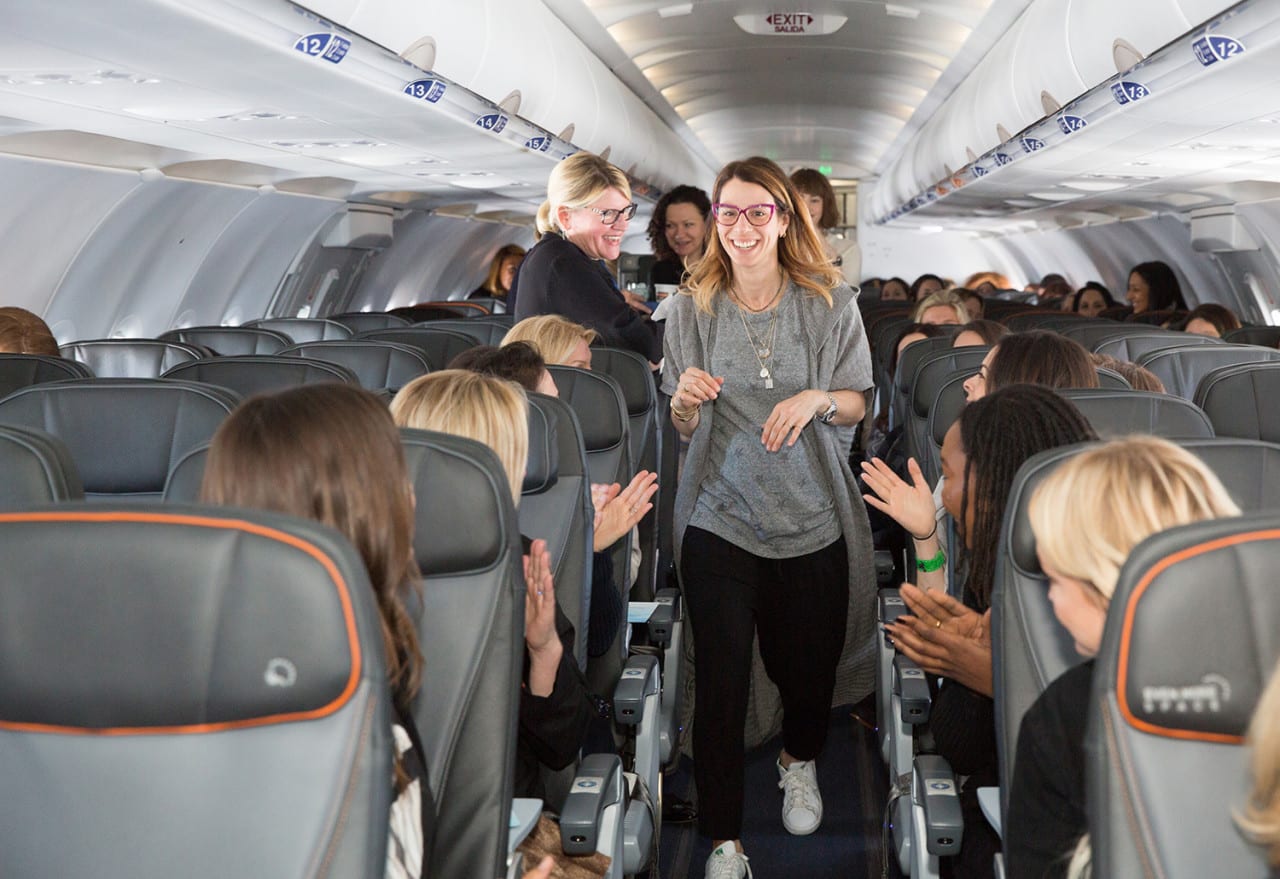 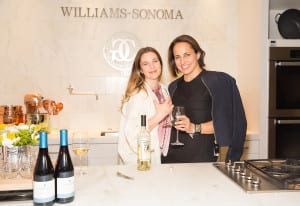 The brand teamed up with JetBlue, which chartered the plane for the event, and targeted ceos, creative directors and founders with invites, “women who direct the conversation at their organization on a day-to-day basis,” says Anne Fulenwider, editor-in-chief at Marie Claire. In addition to the attendee base, women filled every role in the conference, from the pilots to the panel speakers.

Once in the air, the 100 women from New York were treated to a range of experiences at 36,000 feet that turned the typical conference experience upside down. Dell and Intel provided everyone with a laptop preloaded with brand new episodes of HBO’s “VEEP,” Starz’ “The Girlfriend Experience” and Fox’s “Empire.” According to Fulenwider, no one watched them. They were too busy networking.

The JetBlue Mint first class section was transformed into a series of engagement spaces, including: a media center for interviews, a private breast pumping area for the new moms; a touchup makeup station by Shiseido, a meditation pod and meet-up booths for Meet Me in Mint scheduled networking sessions. There were prize giveaways, snacks and cocktails to break up the time, too. Tacori was also a sponsor.

Once the women arrived in San Francisco they swiftly checked in at the W Hotel and then connected with the other 100 women in attendance from the Bay Area for panels. Among featured speakers that afternoon: supermodel Tyra Banks, video blogger Bethany Mota, and Moj Mahdara, Beautycon ceo. From there, attendees were bused to a spacious home in Pacific Heights, CA, for cocktails and hors d’oeuvres. That evening they visited Williams-Sonoma—the ceo of which is also a woman—where female chefs talked about food and Drew Barrymore talked about her wine business.

The next morning, the women listened to a breakfast panel with women execs from Intel and Dell about wearables and technology; and heard from Black Lives Matter’s founder Opal Tometi. Speakers also included Jennifer Hyman, co-founder of Rent the Runway, ClassPass ceo Payal Kadakia and actress Tracee Ellis Ross star of ABC’s “Blackish.” All of the content topics were designed around themes like “Every Woman a Boss” and “Every Woman a Disruptor.” Marie Claire editorial leaders led the panels.

Fulenwider says Marie Claire is putting a higher priority on activating the brand in new ways like live events, building on the foundation of its traditional outlets like its print magazine, website and social channels. On the concept of “Power Trip,” Fulenwider says, “One of the things I feel is a big part of my job is getting the Marie Claire name out there and letting people know what it stands for and to really think of Marie Claire as the place where influential women come together to share ideas… we really wanted to activate that and show it live.”