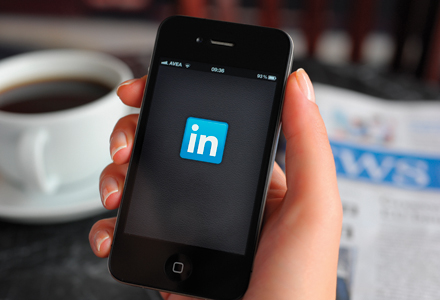 Gettin’ Your Networking Group On

Facebook, Twitter and YouTube are all quickly becoming vital contributors to b-to-b event programs. As attendee communication tools, channels for fast and cost-effective content propagation and forums for feedback and real-time troubleshooting, mainstream social media is changing the way conferences and user events get planned and managed. But for many event marketers, the strategic value of LinkedIn still remains a mystery. Is it a pure networking tool for industry job seekers? Are there enough current and potential customers “linked in” to make it worth the investment in time? And how different can it be from Facebook and Twitter, really?

Cisco social media marketing manager Kathleen Mudge has been cracking the LinkedIn code for two years as a part of the company’s biggest annual user event, CiscoLive! Here, she shares her 10 steps for making LinkedIn Groups a value-generating part of your event’s social media efforts.

Step One
Start Your Own Group

If you don’t have a group for your event set up already, get on it. Then make yourself or your social media manager the administrator. It might be tempting to strike a deal with an existing, member-owned group that has a big following and is already chatting away about your event. But Mudge warns that corporate ownership is critical to quality control. “If you’re the owner, and you see a promotional post or a questionable comment, you can take that out,” she says. “User-owned groups also prevent you from maintaining a flow of fresh content. If it’s not managed, [members] are less likely to be engaged throughout the year.” Once you get your group going, members of the other groups will likely join yours, too.

LinkedIn’s most unique asset compared to Facebook and Twitter is that it allows for lengthy discussions to take place—no word count cutoffs and no need for brevity. “It’s much more amenable to real conversations,” Mudge says. “When I post something on Facebook, someone might ‘like’ it or they might have a short comment about it. But it’s not really a conversation with another participant. LinkedIn gets conversations going among the group, which is really helpful.” Mudge started a CiscoLive! group on LinkedIn two years ago and posts weekly questions to spark conversations among the group’s more than 1,500 members. “The goal is to foster an environment where people feel comfortable asking questions and providing solutions to other attendees,” she says.

Unlike brand-owned Facebook and Twitter feeds, LinkedIn posts should not be vehicles for corporate messaging. The key to not coming off like an ever-present corporate presence is to frequently toss out a few casual questions and then let the community take it from there. Keep it simple, Mudge says, like “Are you registered for the event?” Or, “Where are you coming from?” Once members begin to engage, other group members will chime in to help. “It’s not about Cisco broadcasting information. It’s about a collaborative environment that attendees contribute to and provide the most amount of value to, as opposed to a corporate broadcast of updates,” she says.

Even with a steady stream of emails, posts and snail mail campaigns, event attendees still sometimes want the real inside scoop from their peers. Mudge says the best thing you can do as a LinkedIn moderator is make it clear that the group is their group. You pique their interest—they’ll carry the momentum and feel the pride in ownership that comes along with sharing their expertise. “CiscoLive! is so overwhelming and even though there’s so much information we give them, it’s hard for them to take it all in,” she says. “So, when they team up with others, I think that’s when they’re really able to get the most out of it.”

Unlike Facebook and Twitter, which can be great tools for driving followers and behavior through the use of incentives (think: “Like us on Facebook for a chance to win an iPad!”), LinkedIn is a place for authentic interaction. Mudge says that sharing basic, useful information, bringing attendees together and meeting members’ needs carries a much higher value than promotions, prizes or sweepstakes.

Step Six
Maximize the On- & Off-Season

CiscoLive! is a one-time event, so Mudge keeps the momentum going in the off-months by keeping members in the loop on virtual events, training opportunities, access to experts and content downloads. Three months before the event, she amps up the pre-show networking and chatter with open-ended questions that will get attendees registering and looking to connect with other like-minded members. “Getting closer, there are discussions about everything from the hotels to fun conversations about the year’s hat,” she says. “So I’ll ask, ‘Do you have anything from your experience last year you want to share about scheduling or sessions?’ Just getting something going in that vein can be helpful to somebody else who hasn’t figured that out yet.”

One thing LinkedIn does have in common with Facebook and Twitter is its ability to connect attendee feedback with show organizers. Mudge tracks the LinkedIn group’s conversations year-round so she can address needs in real time. “I’ll amplify a question to an engineer, for example, and ensure that people in the group see that comment and that someone has responded.” Showing attendees you are tuned in and responsive to their questions and feedback builds trust and loyalty, and ultimately a bigger and more vibrant following. “It gives me insight into what their concerns are and what kinds of needs we may not be meeting. We may want to look at different ways to bridge these gaps that they’re voicing,” she says. Mudge also tracks and captures post-event sentiment through the group’s discussions that can help shape future shows.

Like most companies, Cisco promotes a lot of products and marketing activities throughout the year. Mudge says it’s important to keep the LinkedIn group focused on one thing—in her case CiscoLive!—so the volume of content and the topic of conversations don’t get too overwhelming or broad. “Unlike my Facebook posts, which are maybe 70 percent CiscoLive!-related and 30 percent Cisco corporate, [the LinkedIn Group] is all very focused on attending the event,” she says.

It may seem like a no-brainer, but once you have a LinkedIn Group ready to roll, be sure to promote it along with your other social media channels. It’s common to see a Facebook or Twitter icon on most websites, but LinkedIn needs a little love, too. Mudge makes sure it gets included in all show brochures, websites and mentioned on Cisco’s other social media channels.

Many companies including Cisco have proprietary virtual environments and social networks where they also hope to drive event attendee participation. This can present a quandary for event marketers who are tasked with pushing attendees into their custom environment while at the same time pushing them toward social media objectives on the mainstream sites. Mudge says it’s not currently an either/or proposition, but that being a diligent moderator on LinkedIn can unearth discussion threads and trends that might eventually point to a time when it makes sense to push all users to the proprietary platform, or merge them into one seamless experience. “The best solution when there are potential competing areas of communication are to try and integrate it into your proprietary environment that you’re developing so that you don’t have to compete,” Mudge says.

Until then, it’s best to go where the attendees live—and “link in.”