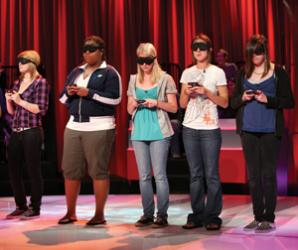 Text messaging contests are popping up faster than you can text error-free “Zippity Dooo Dahh Zippity Ayy,” which is what 15-year-old Katie Moore typed in a contest last June to win the third annual LG U.S. National Texting Championship. (Well, actually, that was just part of the phrase she keyed in to take home the title and a cool $50,000.)

The LG contest, which took place over two days in New York City, illustrates how texting can add excitement to an event. Texting is a popular pastime at concerts and sports arenas where attendees text messages (“Go Raiders” and “Mary, will u marry me?”) to LCD screens. And speed and accuracy competitions are fun and engage consumers to interact with a brand as they text to win prizes at fairs and festivals. But here’s a look at some other cool challenges, first by LG, which as a cell phone maker should have the, uh, upper hand when it comes to texting. State Farm also recently incorporated texting in a fun way at a football game.

For the LG National Texting Championship, more than 200,000 people competed in live qualifying heats on MTV, Facebook competitions and digital out-of-home challenges, including Mets games at Citi Field in a national selection process to find 22 finalists. More than 100,000 people played during live qualifying events that aired on MTV during “The Hills,” in which the first people who texted back a phrase that appeared during two-minute segments that aired at 10 p.m. from May 11 to 14, exactly as it appeared, without abbreviations or typos, won a slot in the finals. People also qualified during Wild Card Play from May 18 to 29, in which they texted back phrases that could appear on their cell phones at any time.

During the championship itself, 22 finalists competed in some rather unusual competitions like texting blindfolded (yep, that’s right!) on LG-distributed phones. As if that weren’t enough, other competitions included texting while walking and jumping over obstacles on a conveyor belt and even trying to text while they were being heckled. A Text to Speak challenge had contestants quickly decode everyday text abbreviations such as PAW (Parents Are Watching) into phrases.

“The objective is making the phone the centerpiece for the actual event, and as it has evolved over the past three years, creating not just branded entertainment but contextual entertainment,” says Jason Swinford, entertainment marketing manager at LG. “It’s not enough to just put your logo on things; you have to get people involved with your products.”

Which is exactly what State Farm did in November as title sponsor of the Border Showdown between the University of Missouri and University of Kansas football teams at Arrowhead Stadium in Kansas City, MO. During the game, fans texted a short code to the video board in support of their teams, which were represented by two “strong men” figures who struck virtual mallets (like at a carnival).

“The point was to get people engaged with State Farm in a different way,” says Jerry Nevins, marketing analyst at State Farm. “They cheered almost as loudly when they won the texting competition as when they scored a touchdown against the other team.”

The two-tiered approach on one level offered a fun activity during the game. It also doubled as a lead-capture activity as fans entered a sweepstakes to win a $250 Visa gift card. “We had done a regular sweepstakes last year at the game,” Nevins added. “This year we got four times the interaction with the texting.”
TAFN!* EM
(SICNR)*

* Check out Netlingo for these and all the text message codes the cool kids are using these days.