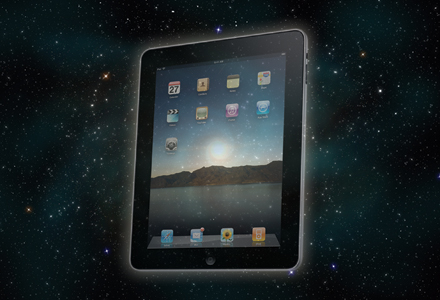 It’s only been around for a few months, but it’s already kicking apps and taking names. Apple has sold more than three million units of its new iPad tablet since it launched in April, racking up about one sale every 2.3 seconds. And among those lining up to buy are event marketers and their industry partners who are using the devices to enhance their event programs. Whether the iPad is used for data collection and consumer interaction, or to boost sales and productivity behind the scenes, its impact on events shows no signs of slowing down.

For its activation at the 2010 Major League Baseball All-Star FanFest in Anaheim, CA, the MLB Network took the iPad through its paces with a custom app that handled registration, releases, data collection and integrated with the network’s video activation to customize the experience for each attendee. As baseball fans approached the brand’s area, brand ambassadors directed them to one of three kiosks where they could get into the user-friendly fun of registering with just a few taps on the iPad’s touch-based interface. The app took some basic info from the guest and secured the permission release for recording and likeness rights, accomplishing a paper-elimination goal the MLB Network had established at the outset.

The coolest and most effective use of the device came next, however. Once registered, attendees stepped inside a mini recording studio to answer three questions as if he or she was the most recent nominee to one of the All-Star teams. Meanwhile, the video software, which was synced up with the iPad registration, automatically input the attendee’s name over the interview like it would be if they were on a real MLB Network show. After the experience, the clip was automatically emailed to the address the attendee provided, and posted on an MLB Network microsite where people could vote for their favorite “Breakout MLB Star.”

“It was great as we were talking to people and encouraging them to take part to see their interest piqued once we told them all they had to do was step over to the iPad to get started,” says Mary Beck, svp-marketing and promotion at MLB Network.

The MLB Network activation was handled by Buffalo, NY-based Cenergy Communications, which has been using the iPad ever since its April launch. Another client, Time Warner, deployed six of the tablets in May and June at Ohio State University as a data collection tactic for one of its summer promotions. Brand ambassadors traveled the campus giving out moving boxes and collecting email addresses and cell phone numbers from students. Time Warner is spending the summer sending those students exclusive promotions, and in the fall will call their cell phones to offer their services.
Mentholatum’s Softlips brand put three iPads in the field as part of a recent mall sampling activation. Staffers handed out samples of the lip-gloss and then invited the mall-goers to grab an iPad and fill out a short survey about the experience. There was no data collection element, just a pure consumer feedback effort.

In Florida, the Walt Disney World Swan and Dolphin Resort has made Apple’s iPad an integral part of its sales meetings and presentations with a custom app that lets sales reps demonstrate the property’s scope and offerings from any location, on the road and within the grounds. In addition, the app is available in the app store so prospective event planners can download it and take virtual tours from home, saving travel for when it really counts. The tablet rides along with sales people during meeting planner site visits, and as an added bonus, planners who book 500 or more room nights can keep a free iPad after their site visit. On site, the sales rep and prospective customer complement their live tour of the grounds by viewing diagrams and dimensions of meeting spaces, photos and menus of the restaurants, a map of the property and lists of amenities via the iPad app.    EM