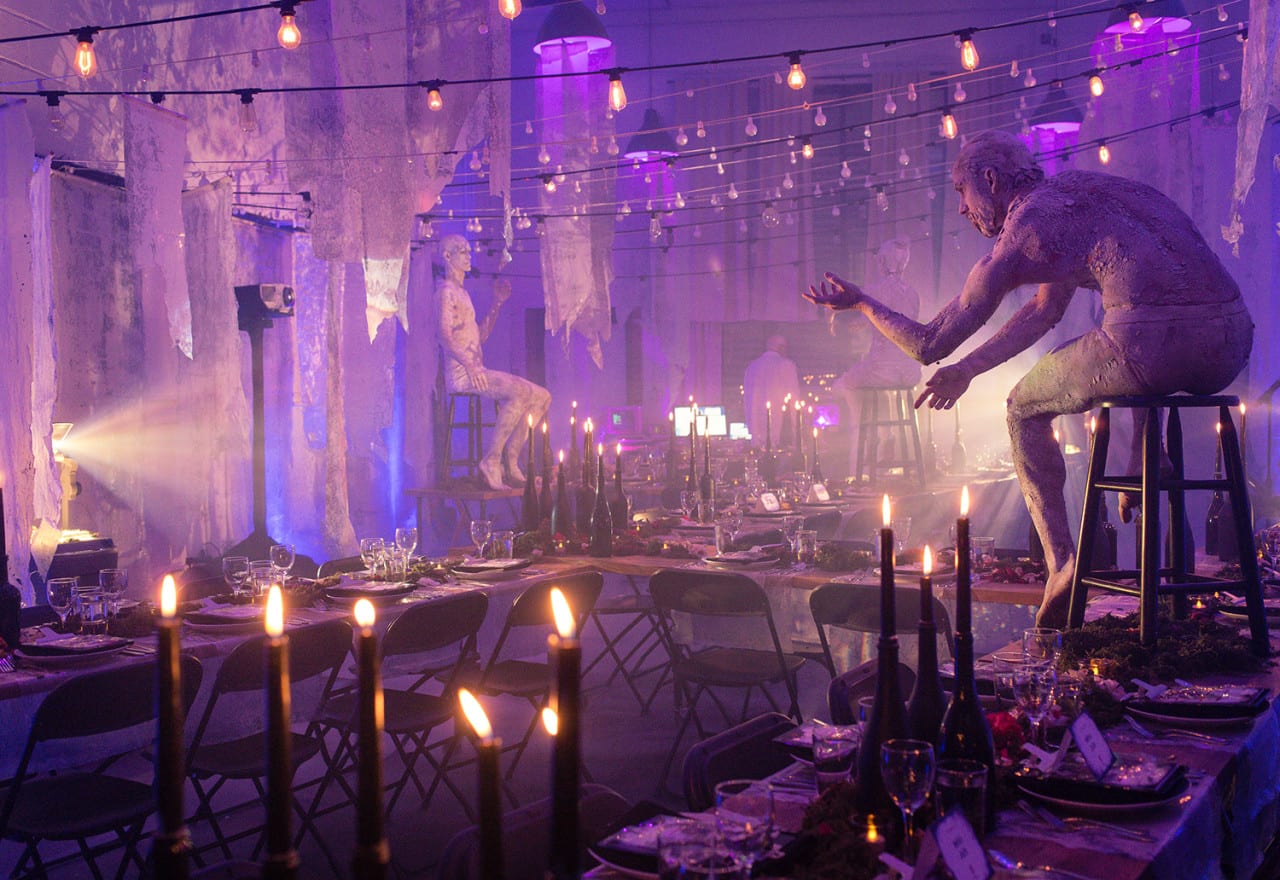 With so many brands executing live events these days, we frequently look to others in the industry for inspiration. But there are valuable lessons to be learned about creating memorable and engaging experiences from outsiders—if you know where to look. Case in point: Guerilla Science, an organization that creates live experiences that “entertain, inspire, challenge and amaze” to connect the public with science in new ways. The company on Dec. 2 and 3 produced “Decadent Decay,” a two-night dining experience in Brooklyn, NY that explored the science of decay in all its forms. Here’s a look at the event’s steal-worthy elements and tips for incorporating them into your own strategy.

TIP: Implement an event theme that underscores your brand messaging

A cocktail hour rich with engagements kicked off the evening. Composer Jeffrey Young set the mood with a live violin performance based on the decay of sound while new media artist Udit Mahajan captivated attendees with his Dreaming Specter installation. Those who participated in the interactive experience observed themselves being filmed then watched in real-time as their image transformed into a dreamy blur, replicating the decay of memory. In addition, an interactive table showcasing the digital decay of data was on hand.

An artistic interpretation of human decay was also part of the pre-dinner experience. Underwear-clad models covered head to toe in thick paint served as “human centerpieces” atop long dining tables. Every so often, the models changed positions, moving poetically throughout the space. As the evening progressed, attendees witnessed the paint flake off their bodies as it deteriorated.

Following the cocktail hour, attendees enjoyed a decay-themed six-course meal designed by Tessa Liebman, head chef of New York City-based Methods and Madness. Among the dishes offered: lacto-fermented misozuke (Japanese miso pickles), cured mackerel, dry aged meatloaf and a cake ball mountain meant to be “eroded piece by piece.” Cocktails provided by Hendrick’s Gin followed a similar theme. A set of three different speakers each night discussed the science of decay in their area of expertise between courses. A psychiatrist, for example, examined the decay of anxiety, while a physicist discussed decay in the universe.

TIP: Pique attendees’ interest prior to the event to maximize on-site engagement

Attendees could also engage with “Decay in a Box,” a project Guerilla Science ran for four weeks leading up to the event. In an ordinary box filled with flowers, fruit and other living items, the organization revealed their decay in real time by taking a picture of the objects every 30 minutes and sharing the process on YouTube. Each week, consumers were invited to predict what changes had occurred before a team of two scientists broke down the scientific processes that had actually taken place. Decadent Decay attendees could view what was left of the items at the event, along with a time-lapse video showcasing the progression of their decay.

“I thought, if we put together a very experimental, immersive dining event, then the theme itself would lead to some rich collaborations with artists and scientists,” says Sarah Barker, creative event producer at Guerilla Science. “We hoped people would enjoy the event for what it was and say ‘wow that was really different.’ I hope their interest was piqued and that they were inspired to find out more—or maybe to just think about their world slightly differently.” Agency: Shiraz Events, New York City.