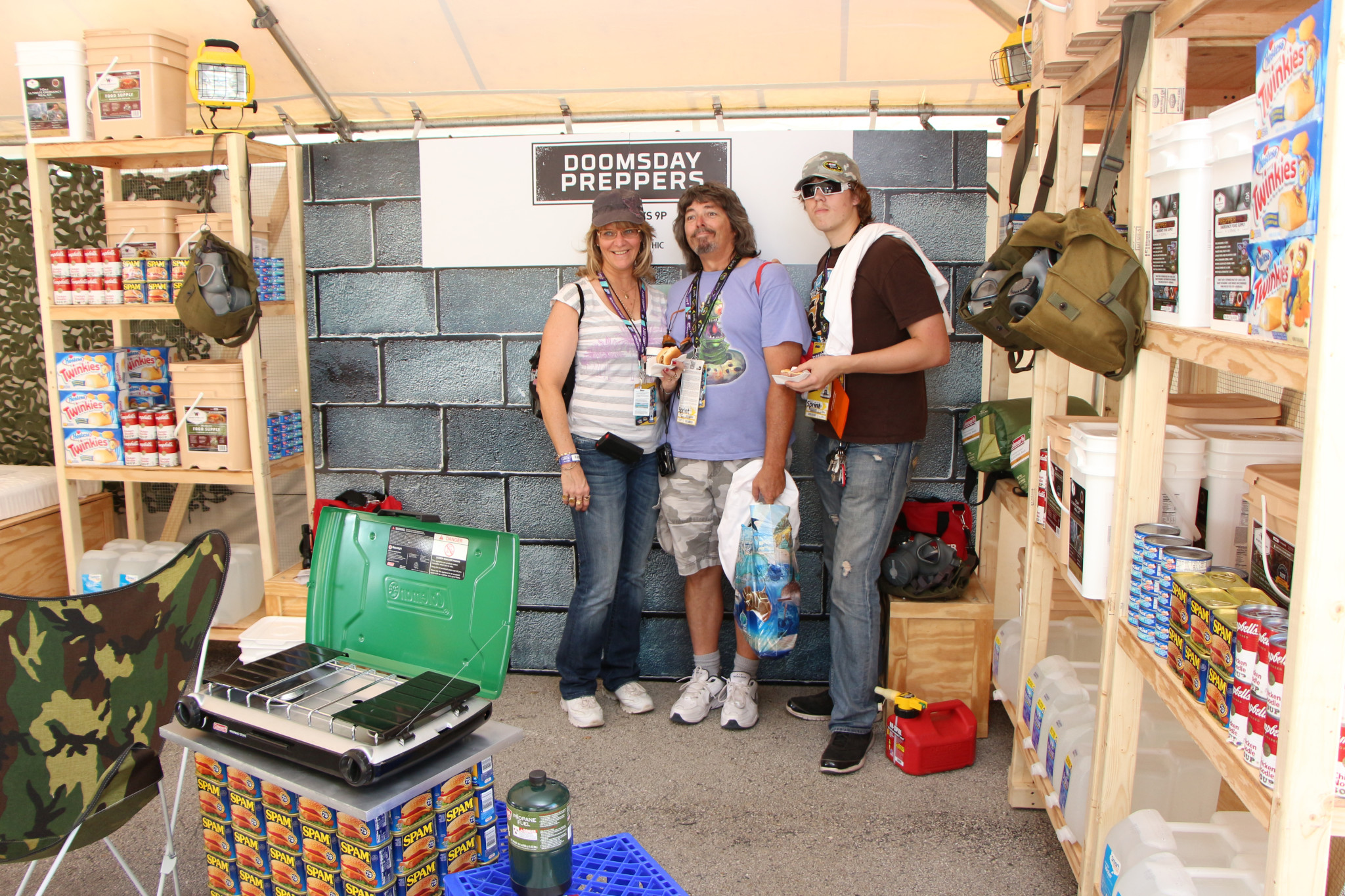 To capture new audiences as well as get current viewers excited for the launch of season two of its hit series “Doomsday Preppers,” the National Geographic Channel activated an end of days-themed bunker experience at NASCAR races in Phoenix on Nov. 11, and Miami on Nov. 18. The activation, a component of one of the largest marketing campaigns in the history of the channel, according to Courteney Monroe, cmo at National Geographic Channels US, tied to a sweepstakes on Facebook where those that “liked” the official series page were automatically entered to win $5,000 to build their own bunker.

“There are so many different ways to market to consumers and to get people interested and excited about a show, but being able to actually experience it and actually touch and feel it and to kind of bring it to life for people is terrific, and not all shows lend themselves to that as much,” Monroe told Buzz. “It’s the idea that there is some practical knowledge we can impart on consumers in the process of marketing this show that is a really great, added benefit and is what I think makes it uniquely National Geographic.”

“Doomsday Preppers” highlights Americans who are preparing for the end of the world in one way or another and, as such, consumers at the races were able to tour a 20-foot by 20-foot tent area transformed to look like the interior of an average bunker. Shelves housed stockpiles of products like show sponsor Wise’s MREs, Spam, Twinkies (consumers reportedly went wild for them), water and other props like gasmasks and lanterns. Flat screen TVs displayed the new season trailer and snacks such as fried “Spam Sliders,” “Stuffed Mushroom Clouds” and “Pigs in a Bunker” were served throughout the day.

The event offered several experiences for consumers. The first was a photo booth where consumers could choose between themes such as a zombie apocalypse, a deadly tornado or a mushroom cloud for a backdrop. The photo was automatically emailed to the consumer or, by his or her choosing, shared to Facebook or Twitter. Consumers could also play a “Pin the Gasmask on the Prepper” game. Using iPads equipped with 4G service, consumers could go onto the “Doomsday Preppers” website, check out series features and survival tips and take a survival-prep quiz, or enter to win the bunker sweepstakes. Outside the tent, a brand emcee called out trivia questions to passersby and rewarded participants with branded t-shirts, while in the tailgate areas ambassadors took photos of “Doomsday” fans and passed out free DVD teasers of season two and Koozies containing Wise-sponsored discount coupons.