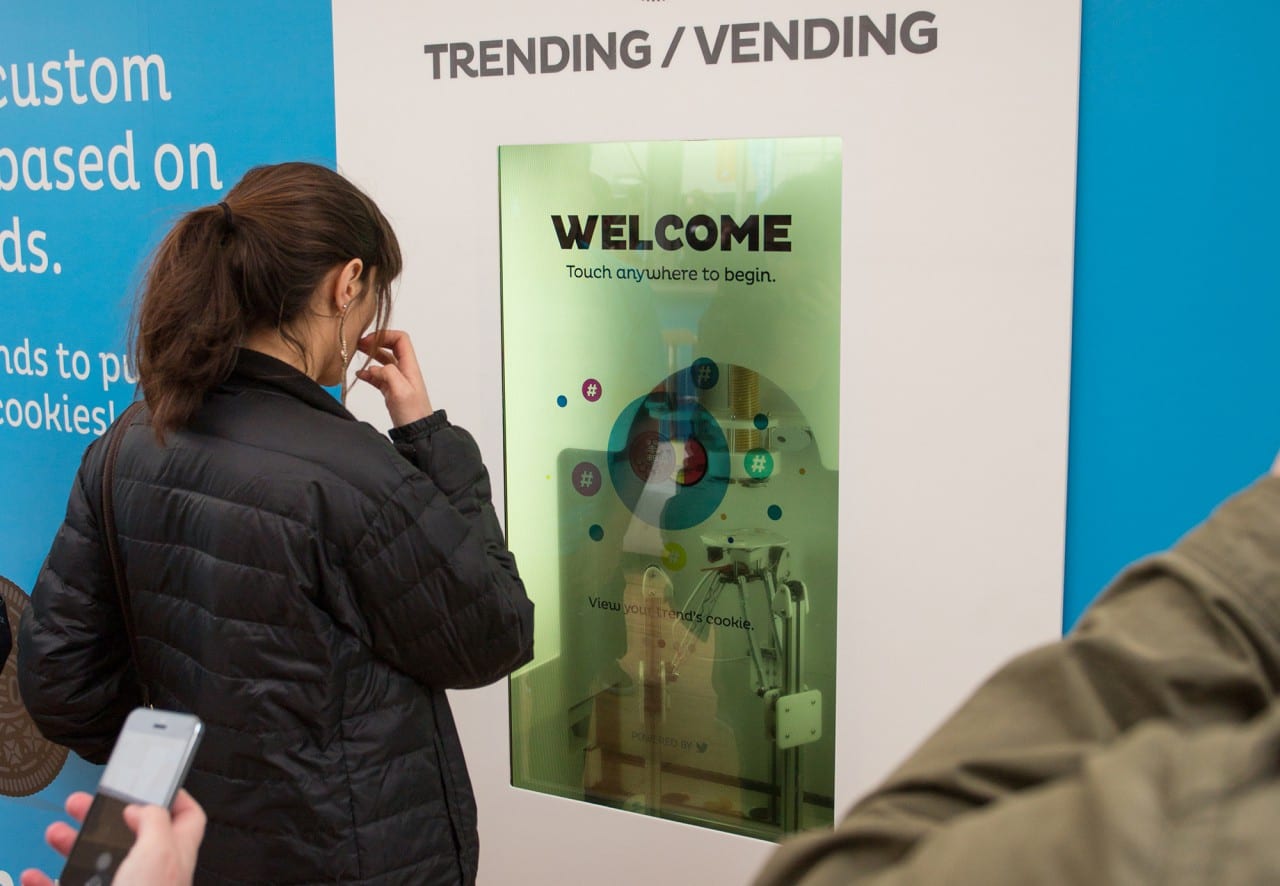 In an age where consumers are cutting the cord, muting commercials and glazing over billboards, social followers and fans are worth something. Not only are consumers more likely to purchase from brands that engage with them on social media, they’re also learning about brands and endorsing brands from within their social networks.

Enter the Twitter-enabled vending machine, the latest tech trend that attaches value to—and creates an experience around—the post. It’s a form of social currency: An endorsement tweet in exchange for a gift. How does it work, and what are best practices to implementing and activating a vending machine? Read on.

How to Hack It: The standard vending machine tech is quite straightforward, and most hacked machines are tied to Twitter because its API is the most robust and open of all platforms. According to Matt Brown, director of digital at Chicago-based Legacy Marketing Partners, you remove the guts of a generic machine, replace the standard keypad with a small affordable computer like a Raspberry Pi and then mount a monitor on the side that connects to the computer, its internet connection and Twitter’s API. Users log in, tweet, and once the tweet goes out, the computer software scans for the hashtag on Twitter and, voilà—the machine dispenses a gift. A Twitter-enabled vending machine alone, without a campaign, shipping costs or on-site support, will run you an estimated $30,000 to $40,000. 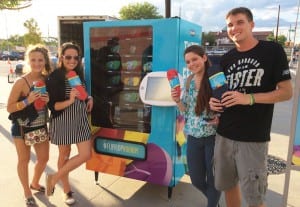 For its annual $1 flip-flop sale, Old Navy on June 28 activated two Twitter vending machines in 36 high-traffic locations in Los Angeles and New York City that dispensed flip-flops. Consumers logged into Twitter from a tablet attached to the machine and filled in answers to statements like: “The best place to wear flip-flops is _______.” The tweet included a unique code, followed by their shoe size, and the machine detected the code, dispensing the footwear on the spot. In addition, Old Navy snuck in a “golden flip-flop” tied to a $5,000 vacation package for one lucky recipient. (A Squared Group, Los Angeles, handled.)

Tip #1: You don’t need to give away diamonds.  How about a beer at a festival? Or, the 100th tweet empties the machine? A free giveaway that makes sense comes in many shapes and experiences—and doesn’t have to break the bank. 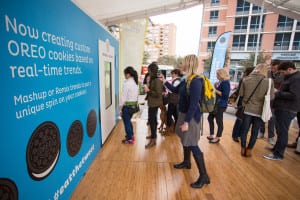 Oreo took snacking to a whole other level at South by Southwest this year with the Trending Vending Lounge, a vending machine that invited attendees to print a custom 3D edible Oreo based on a trending topic/hashtag on Twitter of their choosing in real-time. Each SXSW-related hashtag influenced a mash-up of 12 flavors, colors and crème printing patterns to create one of 4,000 possible cookies. You could watch your Oreo created layer by layer by a series of air compressors that activated the filling from spouts, and then enjoy it with a glass of milk. (MAYA Marketing, Pittsburgh, handled.) 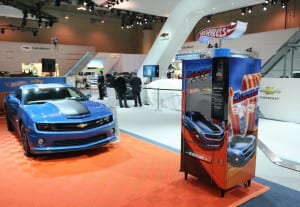 At the 2013 Canadian International Auto Show, Chevrolet Canada celebrated the limited edition Hot Wheels-inspired blue Camaro with a giveaway of a Mattel collectors-edition blue Camaro die cast from a vending machine in Chevy’s booth. At the “Hot Wheels Camaro-matic Trending Machine” consumers standing nearby tweeted what they liked about the car with a hashtag and Twitter handle, #ChevyCIAS and @HotWheelsCanada. Consumers had a 1-in-2 chance of receiving the die cast giveaway in a special acrylic glass display case. (TrojanOne, Toronto, handled.)

Tip #3: You need to keep it simple This really isn’t the time for data collection; so don’t make consumers jump through hoops to take part. This is about surprise and delight.