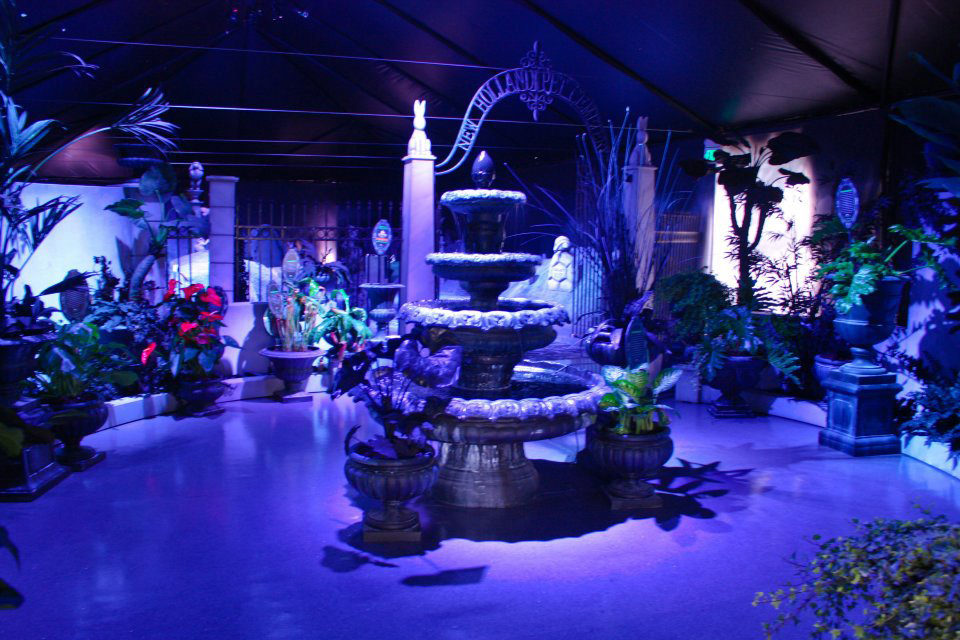 Brands Geek Out for 43rd Comic-Con 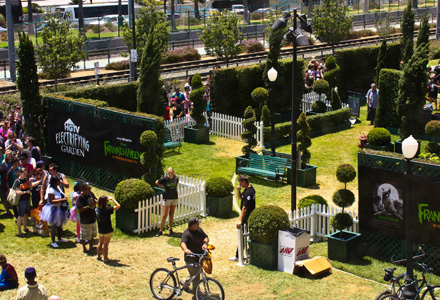 The 43rd Comic-Con International wrapped on July 21 and everyone from Batman to Bart Simpson came out to meet the fans and fanatics in San Diego at what has become the biggest annual gathering of pop culture icons in the U.S. The fun began on July 18, and from the first moment, the biggest entertainment brands put it all on line in an attempt to impress and engage with this desirable group of geeks, nerds and gurus of counter-culture. Here, EM takes a dive into activations by ABC, Activision, A&E, AMC, FOX, HGTV and Marvel and brings you the best of the “League of Extraordinary Brands.”

On day one, Activision and Marvel together announced a new and highly anticipated game for Marvel’s super-anti-hero Deadpool and to back up the new game, executed a series of stunts all over San Diego. The brands teased the announcement with a billboard made to look like Deadpool painted over The Amazing Spider-Man Video Game billboard outside the San Diego Marriott Marquis & Marina adjacent to the San Diego Convention Center. Then, Deadpool burst into the Saturday afternoon Marvel Video Games Panel and took it over to make the announcement himself. Later, at Activision’s booth on the show floor, the character plastered his own promo posters all over the walls, and invaded Bruce Campbell’s autograph signing session for the Spider-Man game. To wrap up, and get the buzz rolling, Deadpool also made surprise appearances at parties and events all over the city’s Gaslamp District. Agency: ignited, El Segundo, CA.

Every year at the ‘Con, brands court attendees’ favor with a simple and effective activation: the branded pedi-cab. This year, some brands elevated this old trick to new heights and went beyond the branding. New York City-based agency Awestruck executed some of the best, for ABC network’s Once Upon a Time and Fox Animation Domination. The cabs are designed not only to give consumers free rides to events all over the Gaslamp, but also to make sure VIPs and celebrities got the A-list treatment they expected, while creating cool branded environments for photo activation and media opportunities.

The 10 Animation Domination cabs were designed with character props from the broadcast line-up, including The Simpsons, The Cleveland Show, Family Guy, American Dad and Bob’s Burgers. The props were positioned so that the riders could get shots “with” their favorite cartoon stars. The four Once Upon a Time cabs were recreations of the Evil Queen’s ornate magical carriage, designed to give the 1,600 riders who took part a fairy tale experience.

To build excitement for the recent release of its film “Get the Gringo” on Blu-Ray and DVD Fox Home Entertainment created a scavenger hunt campaign known as Spot the Lucha Wrestler. The brand brought in a team of professional Mexican Lucha wrestlers and ring girls who roamed Comic-Con posing for photos and carrying a “Get The Gringo” QR Code on a “round card.” Attendees who grabbed a photo of the QR code got a free taco at Lucha Libra Tacos in San Diego. Agency: Awestruck, New York City.

For A&E’s upcoming miniseries “Coma,” which is an adaptation of the Robin Cook novel and Michael Crichton film and will debut on Labor Day, the network brought fans outside of the show floor for a thrilling and ominous hospital experience. Staffers dressed as doctors handed out patient bracelets outside of the convention center for admittance to the 15,000-square foot “Jefferson Institute,” the institute for coma patient care from the mini-series. Inside the institute, nurses guided visitors to a bank of security monitors to give them a glimpse into the experience and an exclusive, first look at the show. In the “surgery” the attendees met surgeons who decided if they were good candidates for the tour, and if so, fans could get a 3-D surgical scar (faux) tattoo. In the highly secure Area 2 human specimens were on display for the guests and in Area 8 they got an up close and personal view of an actual “Coma Pod” used in the Ridley & Tony Scott production. After the tour, a green-screen photo opportunity placed them into the Coma Pod as if they themselves were the victims of the Jefferson Institute as a reminder of the experience. Agencies: Bottlerocket Marketing Group, New York City and BLT Communications, Los Angeles.

For AMC’s third year with its highly successful zombie apocalypse show “The Walking Dead,” the network again built out a show floor booth featuring an iconic scene from the series. This year in one of the final moments of the season two finale viewers were introduced to Michonne, a hooded figure with two armless and jawless “zombie pet walkers” shackled behind her. Visitors had a chance through a photo activation to become one of Michonne’s pets inside the forest where the scene from the episode took place. “We love our fan base and they love putting themselves into the scenes of the show,” Theresa Beyer, vp-promotions and activation at AMC, told Buzz, “so we created a way for the fans to be part of this iconic moment of the Season 2 finale. We had a great response and it’s just somehting the fans really love.” The booth was one of biggest buzz builders on the show floor, and thanks to the grisly booth design, the line increased by about five times over last year, with a wait of around 1.5 to 2 hours, making it one of the longest lines at Comic-Con, and the brand gave out more than 35,000 photo postcards and trading cards. Agency: Bottlerocket Marketing Group, New York City.

The HGTV Electrifying Garden was a collaboration between the home improvement network and Disney. The partnership created a creepy-cool garden inspired by Tim Burton’s “Frankenweenie,” a stop-motion animated feature film that was filmed in black and white on the lawn of the Hilton San Diego Gaslamp Quarter.  The 3,500 square-foot garden showcased more than 20 dark plants growing amid low-lying fog, tombstones and other oddities in the pet cemetery-themed garden. Guests who entered the garden wandered the rolling hills and pathways of the New Holland Pet Cemetery – a key location in the film – while they learned about the plants featured in the garden and took photos of the scenery. “Comic-Con offers a perfect setting for us to recreate the plant life and outdoor spaces in the same tone as visually stunning ‘Frankenweenie,’” says Denise Conroy-Galley, svp-marketing and creative services at HGTV. “Our presence at Comic-Con is part of our larger experiential marketing strategy aimed at targeting occasional and new HGTV fans in unexpected places, in organic ways.” The results show how well it worked: almost 17,500 consumers came through the experience, the brand gave out 15,000 branded bags, 5,000 branded seed packets and 10,000 Frankenweenie pins. Agency: Bottlerocket Marketing Group, New York City.