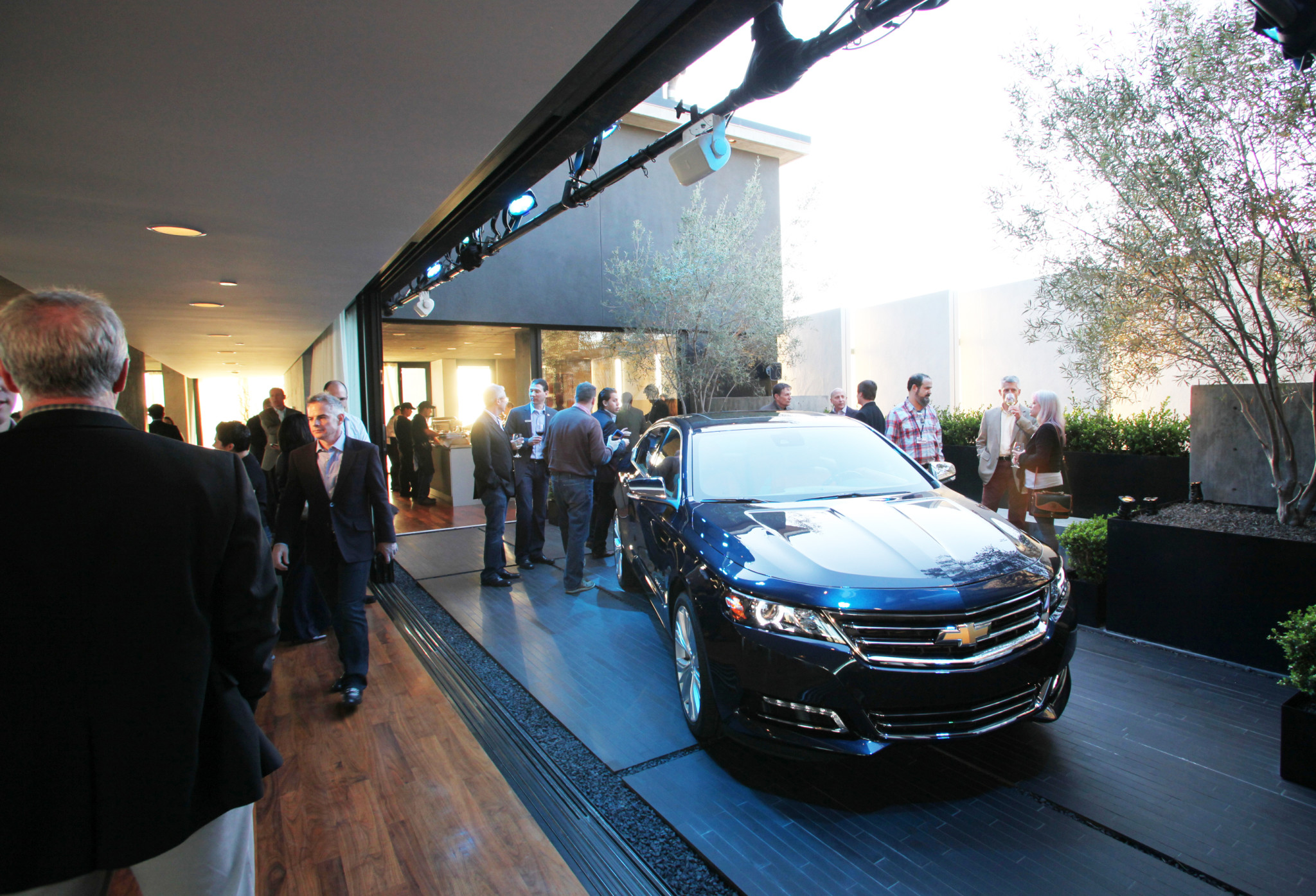 Automotive journalists travel frequently, moving from one vehicle launch event to the next. So to give a memorable experience to writers attending its mid-March media drive program for the launch of the redesigned Chevrolet Impala, General Motors introduced them to the vehicle in a location where they would immediately associate it with iconic style and design: renowned architect and avid car collector Jonathan Segal’s eighth floor penthouse apartment in San Diego.

As the private elevator doors opened for the dinner event with Segal and John Cafaro, lead designer at Chevrolet, journalists discovered the vehicle sitting right in Segal’s living room. It had been hoisted up by crane the Saturday before, and since the penthouse is located in Little Italy, a popular destination with a great deal of pedestrian traffic, some 200 to 300 “citizen journalists” gathered around to snap pictures. The activity caught the attention of the local media as well.

“It was as if the car was a part of the living room, another piece of furniture in the home, and it didn’t feel out of place,” Chad Lyons, communications manager at Chevrolet who oversaw the program, told Buzz. “We opted against adding any PowerPoint presentations or any charts or displays that we would usually do in an event because we wanted the car to be in that setting, to tie-in the architectural beauty of the building with the beautiful design of the vehicle.”

The program continued for a second day with a test drive and then lunch at Segal’s private car collection garage located adjacent to the airport, where the Impala was nestled in among the likes of such classics as a ’63 split-window Corvette and a ’67 Cadillac Eldorado. Agency: inVNT, New York City.