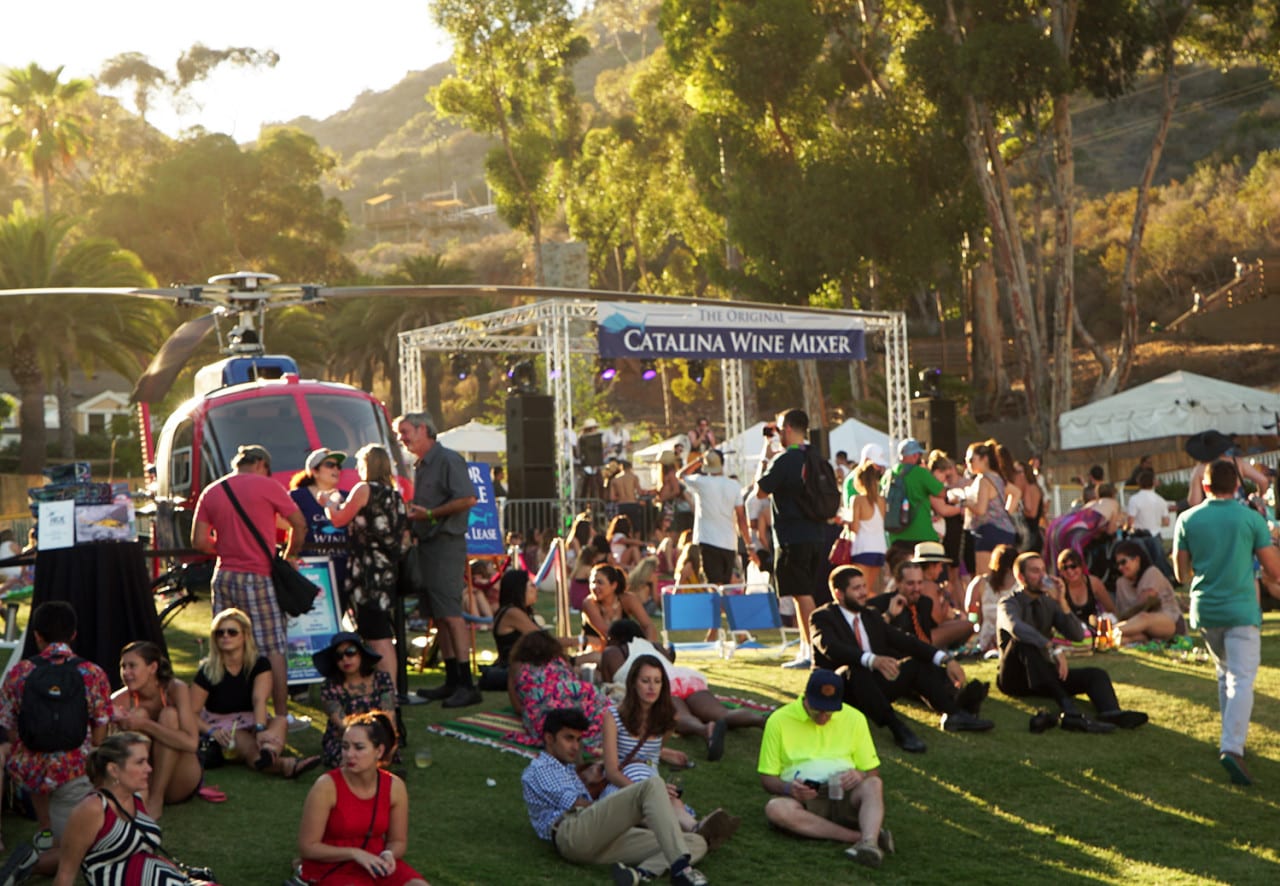 When Ben Villalobos moved to Catalina Island off the coast of California a little over three years ago, his friends wouldn’t stop referencing the Catalina Wine Mixer—the %$#&*@^ Catalina Wine Mixer, actually. The fictitious event was featured in the hit Will Ferrell comedy “Step Brothers,” released in 2008, and is an oft-quoted scene.

“Once I got there, I’d hear people randomly shout it while walking down the street; it’s like this cult phenomenon,” says Villalobos, who is food and beverage director at Santa Catalina Island Company, a tourism, entertainment and experience company on the island. “I knew straight away that we needed to do something.”

Villalobos and the team at SCICO trademarked the name two years ago and began to develop a strategy to bring the event to life. And they did, with just two months planning time, when on Sunday, Sept. 13 they launched The Original Catalina Wine Mixer at the Descanso Beach Club. The live event brought scenes from the fictitious movie event to life with live bands, djs, gourmet food and, of course, wine. And just like in the movie, they staged a helicopter landing on the great lawn at the club. It was, by all accounts, a viral phenomenon that gained the most steam only days before the event thanks to a p.r. strategy that targeted national entertainment media.

“It literally just exploded once TMZ picked it up on the Monday before the event, and then Buzzfeed the Wednesday before,” Villalobos says. 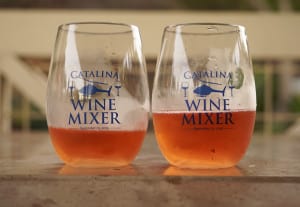 A rundown of the details:

Who came: Ultimately, 1,600 tickets were sold and the demand was so high Villalobos had to stop answering phone calls and emails. General admission tickets went for $35 for adults and $20 for children (who were allowed on-site up until 6 p.m.) VIP admission cost $100 and offered access to a hospitality suite overlooking the main stage and ocean as well as a private bar and complimentary food and there were cabana packages for $150 and up. Attendees ranged from 20 to 50 years old and came from all over—one even came from Australia.

What happened: Villalobos described the Catalina Wine Mixer as a festival (from noon to 9 p.m.), where attendees could swim in the ocean, nap, sip drinks and eat, and listen to live music throughout the day. The headliner was The Dan Band, a comedy band featured in “The Hangover” and “Old School” movies, which also has a cult following.

Transportation: To get to the island, attendees took the Catalina Express ferry, which added extra runs to accommodate the event. Island Express Helicopters promoted travel by air (15- to 28-minute flights), departing from Long Beach, San Pedro, Santa Ana and Burbank.

Future plans: With Bud Light activating its massive experiential program Whatever, USA on Catalina Island this past May, the 22-mile long island is experiencing a resurgence of interest as a market for tourism and events, according to Villalobos.

“Catalina Island is really changing, and a lot of the people I spoke to that came said they had been to the island 10 years ago as a kid and had a great time, but there wasn’t anything that would get them to come back,” he says. “It was great to see that we can do events and really drive business to the island on a day that historically would be relatively quiet.”

The plan is to grow the event in terms of experience and participation, but not necessarily in size. There is talk of having the “Step Brothers” movie’s two stars, Ferrell and John C. Reilly, make an appearance next year (yes, there is a next year planned), as well as elevating the music offerings and creating more opportunities for sponsors to come onboard and engage with pop-culture savvy consumers.