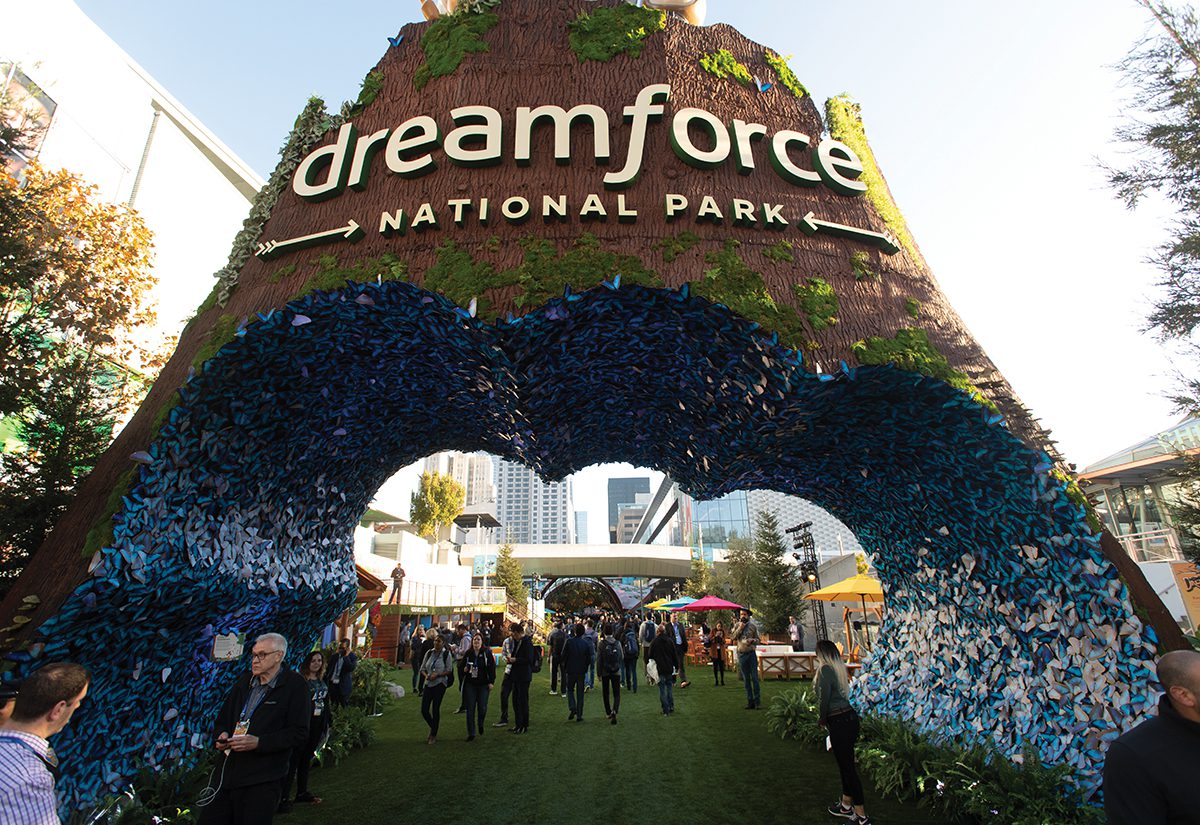 This fall, major user conferences, trade shows, music festivals and other gatherings are banking on attendees being ready to return to in-person events.

For some, it’s a return to business as usual, with the events looking and feeling as they did in fall 2019. Others—like Salesforce—see it as an opportunity to reset and come back with reimagined concepts.

Salesforce will present a very different Dreamforce this year. In addition to its traditional home in San Francisco, the event will take place in New York City, London and Paris as well as in a virtual setting from Sept. 21-23. Dreamforce 2021—the 19th iteration of the company’s user event—will be the first to take place globally, which the company says will allow it to attract millions of people around the world. Its all-digital Dreamforce in 2020 drew more than 140 million views.

Registration will open later this summer and attendees in the U.S. will be required to be fully-vaccinated against the coronavirus. Salesforce also announced that it is working with epidemiologist Larry Brilliant on its safety protocols.

“We’re thrilled to bring Dreamforce back as an in-person experience, and we can’t wait to bring all our Trailblazers together for a completely new brand experience,” says Sarah Franklin, Salesforce president and cmo.

More Insights on the State of the Industry:

After kicking off a return to big trade shows in June with World of Concrete, Las Vegas has a busy summer of events, to be followed by a busier fall.

“After having gone through what we’ve gone through over the last 15 months or so, it’s really great to be able to focus on something that’s going to bring our industry together,” he says.

He points out that SEMA was among the first citywide trade shows following the Sept. 11, 2001, terrorist attacks. In 2017, it opened a month after the mass shooting at Mandalay Bay hotel.

“We’ve had these opportunities in the past to overcome challenges, and this is another opportunity that we’re really looking forward to optimizing and guiding our industry through,” says Gattuso. “We were able to use those things to enhance the onsite aspects of our show to adapt to the current environment.”

The show’s footprint will change, in part thanks to the expansion of the Las Vegas Convention Center. Exhibits that once were outside or at satellite locations will now be under one roof. The show floor will have wider aisles and organizers are building more spaces for networking in anticipation of attendees’ desire to catch up with colleagues and meet with new prospects. 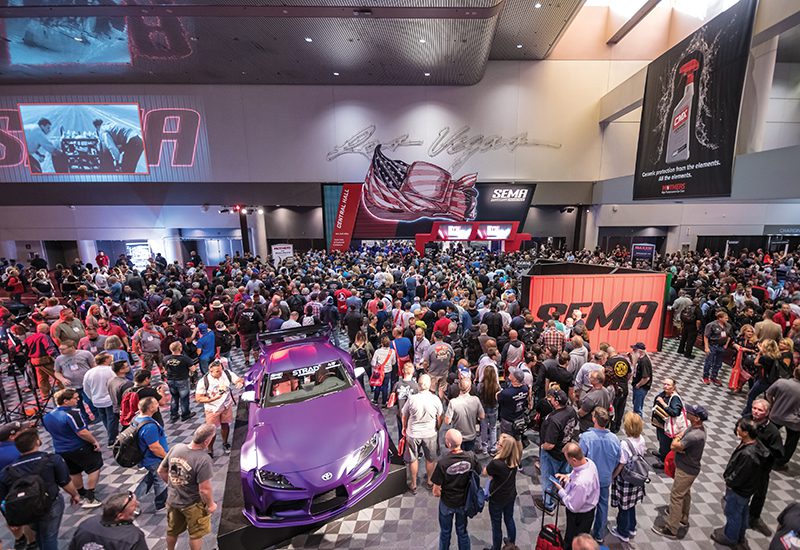 SEMA will be back to live this November with wider aisles and more networking spaces.

One thing you won’t find at the moment is any references to the COVID pandemic on the event’s website.

“We wanted to focus on the business value that our event represents and be as positive with that message as we could,” Gattuso says. “We knew the environment was going to be changing and we knew we would have an opportunity to update people as better information became available.”

So far, registration has been strong since opening on May 3, he says, although he expects lower international participation because of travel restrictions. While there will be online environments to connect to before and after the show, there currently is no hybrid option to access the show live online.

“It’s going to be really important to be transparent and paint a picture of what the show is going to be like both in terms of a value perspective and what you’re able to gain from the show, but also as a participant on what things are going to be like,” Gattuso says.

Other fall conferences and events to look for in Q3 and Q4: