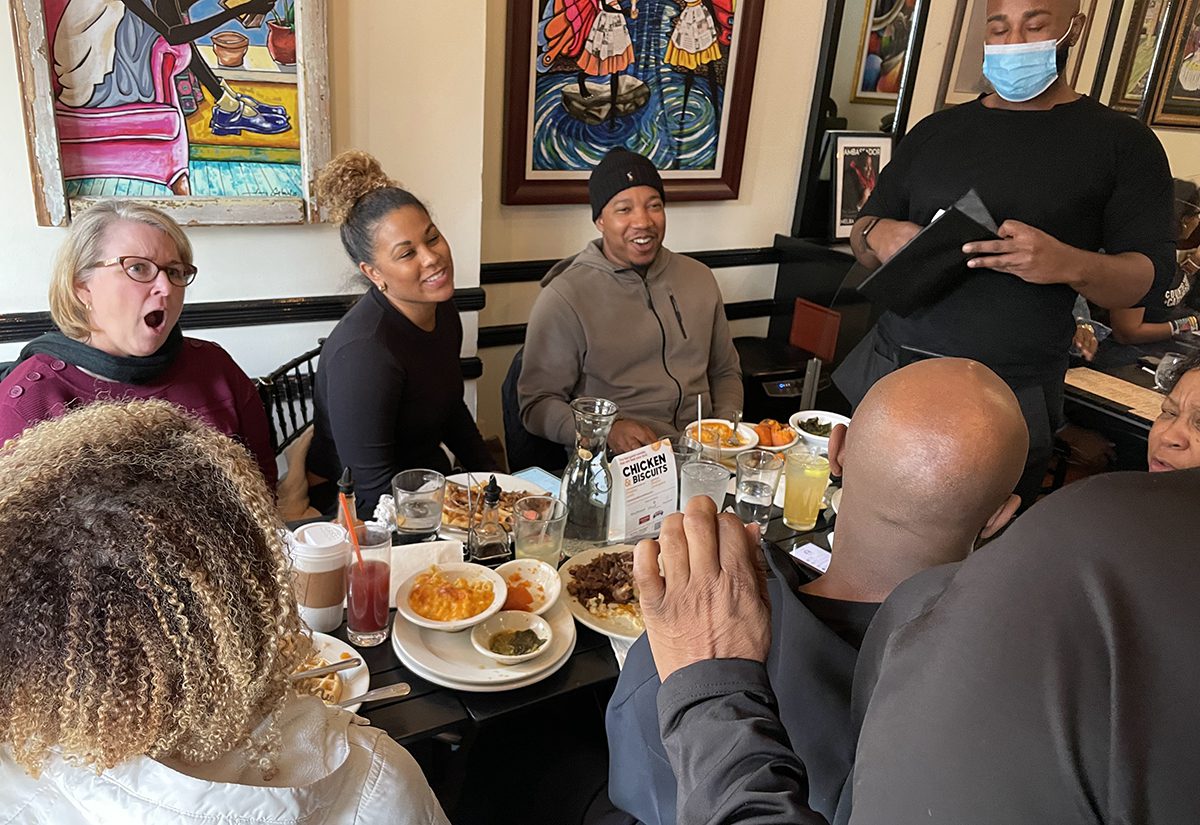 ‘Tis the season for giving, and digital financial services brand Ally pulled out all the stops to brighten New Yorkers’ spirits by anonymously picking up their tabs at various venues around the city on Nov. 20 to illustrate why “life is better with an ally.” Recipients were given just one hint: small cards inviting them to check out the hashtag #TotallyCovered (as in Totally Covered) on Twitter and share their story. Ally strategically built anticipation and buzz around the program as the day progressed without revealing who was behind the generous donations to ensure that, in the moment, the activation didn’t feel like a marketing push. The approach struck a chord, and the campaign ultimately earned 100 percent positive consumer sentiment—a rare feat in the age of social media.

Ally kicked off the program at brunches across the city, picking up tabs for coffee, pancakes and other morning treats at a variety of diners. Then it was on to Rockefeller Center where the brand paid for an hour of free ice skating for a group of lucky consumers. At lunch, Ally made its way to a local food pantry where it covered the cost of 200 Thanksgiving meal kits ahead of the holiday. Next, marking one of the highlights of the program, the brand made a pitstop on Broadway, surprising all attendees from the matinee performance of “Come From Away,” a musical that touched on the concept of having an ally in your corner, with $200 Amex gift cards to cover the cost of their ticket and a meal. To wrap the day, Ally headed to hospitals in New York City’s Harlem and Queens boroughs to gift new parents $500 to help cover the cost of diapers and other baby essentials.

The response was just what Ally hoped for. Recipients of the brand’s donations took to Twitter, TikTok and other social channels to share their experience, drumming up buzz across the country and driving widespread curiosity around who was behind the acts of kindness. The day after the activations, Ally was totally uncovered as it divulged that it was the anonymous benefactor. Customers and consumers alike raved about the program, some noting that “there is still goodness in the world.”

“We wanted to use social media because we thought it was a great way to create buzz broader than just being in New York,” says Andrea Brimmer, cmo at Ally. “So we were watching the hashtag and you saw more and more posts coming in and then a bunch of people that weren’t even in New York or didn’t have anything to do with being rewarded that day saying, ‘Oh my gosh, I just have to know who this is. What a wonderful thing to do. There need to be more people like this in the world.’ So social media allowed us to hook more engagement from people that weren’t there and their natural curiosity was sparked about who did the campaign.”

A key element of the program for Ally was relationship-building with local businesses to bring the activations to life. Participating businesses helped to coordinate, spread awareness of the hashtag and distribute the branded cards among customers, and, of course, keep the donor a secret. In return, they earned plenty of brand exposure. “It was a really important part of this to pick the right partners that would know how to execute this with us,” says Brimmer.

To gauge the impact of the Totally Covered program, which was designed to generate earned media and social buzz, the brand will analyze the number of engagements with its hashtag, consumer sentiment and earned media coverage, both local and national. Based on its initial success, Ally says it’s likely to scale the program in other markets in 2022.

“This is repeatable,” says Brimmer. “I think you’ll see us taking this idea and this tactic and having it show up in unexpected places and ways. A little bit of what we did in New York was a bit of a test case, and it was so successful, and it worked so well. I think it’s something we’ll be able to do in other spaces, even in sports and other places where it just puts a smile on people’s faces, and in this world right now, that’s a really important thing for brands to do.” Agency: Tier One Partners, Boston.

Watch a Recap of the Campaign: