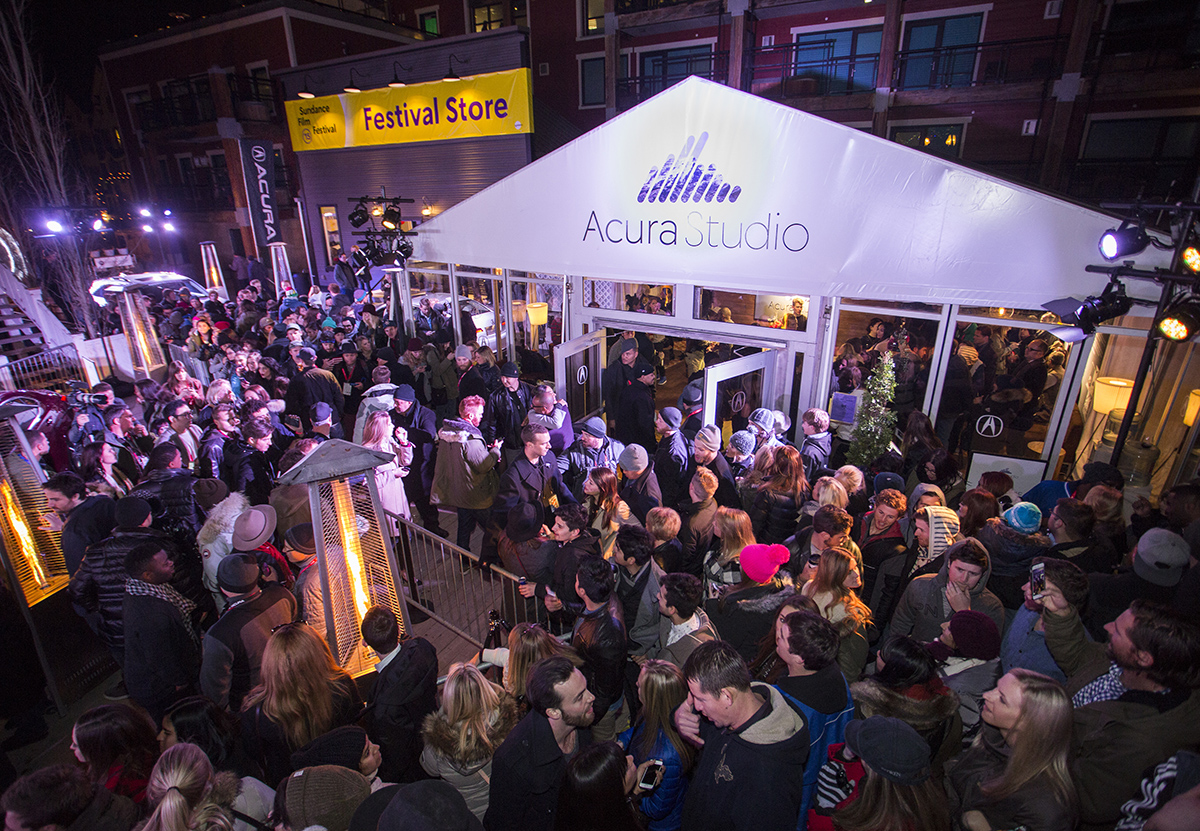 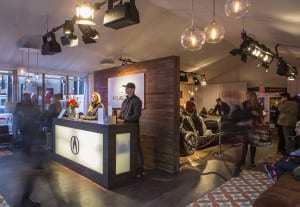 The scene inside Acura Studio.

For its fifth consecutive year as presenting sponsor of the Sundance Film Festival in Park City, Utah, Acura activated a multi-layer experience that drove engagement on-site and online. During the festival, Jan. 22 to Feb. 1, Acura hosted film fans and celebrities in the Acura Studio, located in the center of the action.

But that wasn’t likely the first encounter consumers had with the brand. There were 125 Acura MDXs transporting A-list celebrities, Sundance Institute VIPs and festival attendees (via an Uber partnership) to screenings and events throughout town. Additional Acura models were strategically placed in high-traffic locations throughout Park City, further cementing Acura’s tie to the Sundance.

Inside the Acura Studio, festivalgoers could refill water bottles, recharge their phones or kick back and relax in hopes of catching celebrities making their way to the Acura Press Room. A Director’s Cut display inside the footprint featured an Acura TLX cutaway vehicle used for photo shoots and commercials that guests could check out. Acura added a custom hood to the display that was autographed by more than 50 visiting celebrities then later auctioned off the hood live online with proceeds benefitting the Pediatric Brain Tumor Foundation’s Ride for Kids program.

In the Tavern Bar next to the Acura Studio a branded barista station served artisanal coffee and hot chocolate. In the Festival Co-op area, Acura deployed the “Thrill of Winning AR Video Studio.” Guests were invited to sit in a pair of custom racing seats in front of a photo backdrop for the experience. Through augmented reality, the Acura TLX GT racecar would suddenly build around the guest, putting him or her behind the wheel. The video was available for immediate download and sharing on their social media channels.

“We really focused on the organic amplification for this activation by bringing Sundance to the fans who could not be there, recording live interviews, enabling social sharing of our photo booth, the live auction of the celebrity signed hood, and delivering this content to millions of fans around the world,” says Jim Lee, manager-experiential marketing at American Honda Motor Co. Inc.