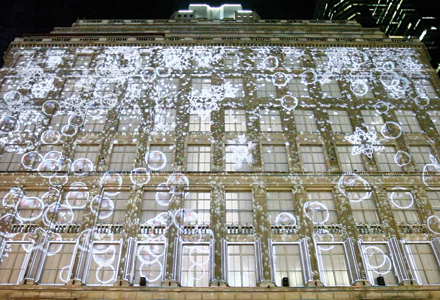 3D vs Holograms: A Dive Into High-tech Image Enhancement

Image enhancement technologies like holograms and 3D have been building in popularity over the past few years, and though neither is new, event marketers have been finding clever new ways to leverage them. More interestingly, marketers have been discovering that each special effect has a strategic strength that makes it more effective in moving the needle depending on the objective of the event. Here, a closer look at each technology and how brands like Honda and Ralph Lauren leveraged them for distinctly different purposes.

How it Works
There are two basic types of 3D: stereoscopic, which requires glasses, and auto-stereoscopic, which doesn’t, but requires a 3D TV screen. Both are shot using special camera lenses, and with the help of the required hardware, create the desired 3D effect.

Holograms are created not in the filming, but in the projection. By using the correct projectors, angles and surfaces (there’s a lot of math involved here), an image can be made to appear almost as real as, well, reality. There are also ways to create the hologram look without creating true holograms, via rear projection onto die-cut acrylic material or clear surfaces, but that cuts down the effective field of view.

How to Use It
Objective: Mass Publicity
Tactic: 3D Projections
This holiday season, Saks Fifth Avenue in New York City expanded its traditional, iconic windows into the 3D realm with projected, floating snowflakes and other images. Iris Worldwide, headquartered in London, created the images by first digitally mapping the building to work out the optimum projection and viewing angles. Once the imagery was ready, it became about telling the brand story with the images in the most compelling way.

Objective: Product Launch
Tactic: 4D Projections
Blowing out the hologram technology to gigantic proportions, Ralph Lauren used 3D imagery to launch its newest collection in cities all over the world. The presentation it dubbed the world’s first 4D experience had models, clothes and polo players on horseback appear to emerge out of buildings, which also appeared to open and transform into stages and runways throughout the presentation (handled by New York City-based MKG).

Objective: Keynote Presentation
Tactic: Hologram
On the small scale, communications firm Saatchi & Saatchi used a hologram to bring iconic director Paul Arden, who had passed away three years before the event, to France to open up the 20th Anniversary New Directors’ Showcase at the Cannes Lions International Advertising Festival, which the agency has sponsored since its inception and was one of Arden’s pet projects. The hologram interacted with Richard Myers, creative director for global culture at Saatchi, who was there live. The experience created quite a stir, according to Vicky Godfrey, of London-based Square Zero, which created the hologram, leading several tweets to ask, “How the f*** did they do that?”

The Takeaway
As with most tactics, the appropriate solution is dictated by the needs of the brand and the event. In general, the consensus seems to be that stage events, like keynotes and corporate meetings, are best served by a hologram effect, since distance helps create the solidity of the image and lends to its realism. Plus, it really has the four-letter-word wow factor it’s hard to get with other imagery.