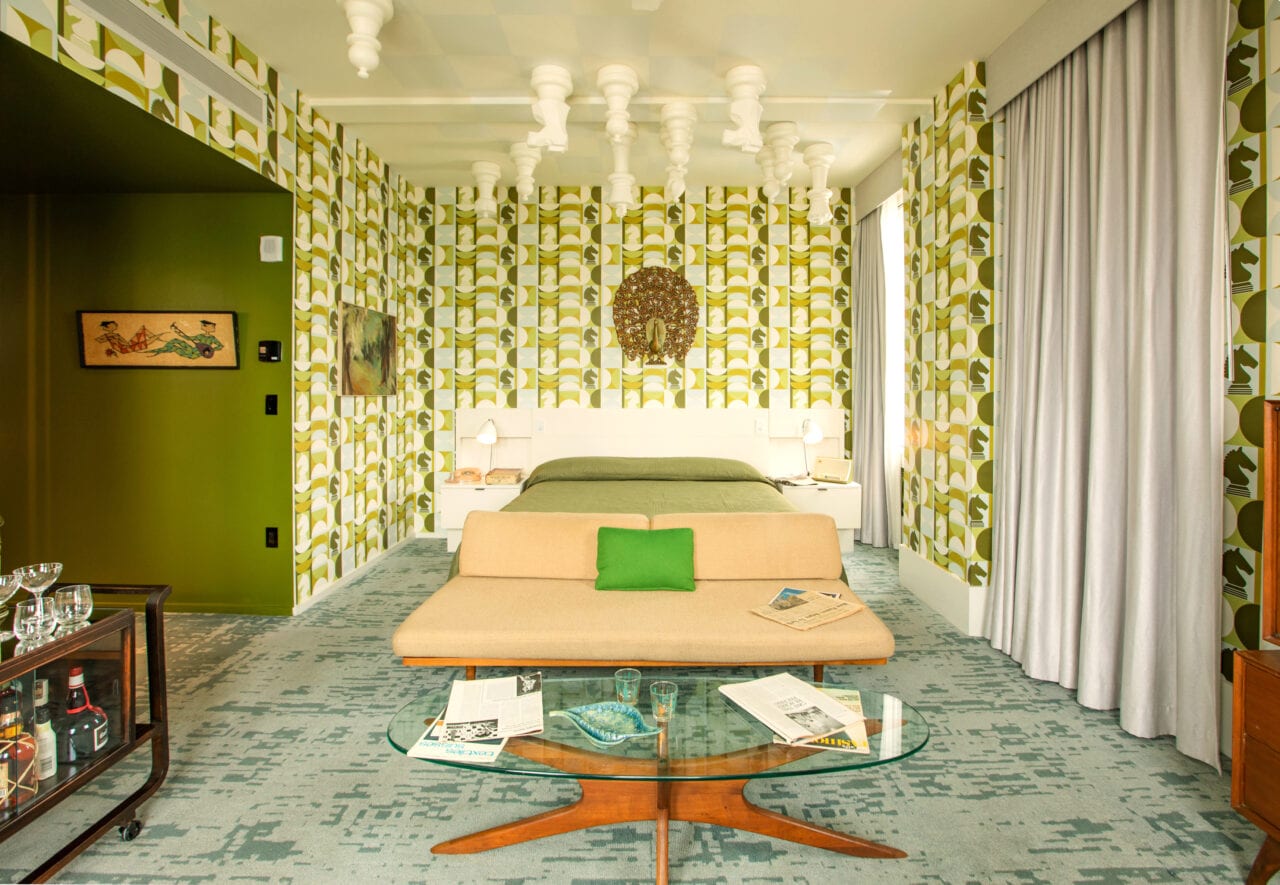 The tourism and hotel industries have taken a serious hit this past year as a result of the pandemic. To top it off, the two are intrinsically linked from a revenue standpoint since tourism boards are often funded primarily through hotel bed taxes. For VisitLEX, the tourism office of Lexington, KY, that meant the marketing team had to get creative—and fast. And then “The Queen’s Gambit” happened.

Plugged by Netflix as its most-watched limited scripted show in history, the show largely takes place in Lexington. And the 1983 book written by Walter Tevis that the series is based on features real places in the city, inspired by his own experiences when he was a resident there. So, VisitLex created a travel guide, The Queen’s Gambit Tour to attract fans and allow them to experience Lexington as it was depicted in the show.

To keep the visitors there for a night or two, VisitLEX partnered with local boutique hotel 21c to create an entire Queen’s Gambit-themed hotel room full of midcentury modern design touches, props inspired by the series, antique items donated by community members and the room’s dramatic focal point: an oversized chessboard installation hanging from the ceiling above the bed.

“We’re always trying to find new and creative ways to drive visitation for Lexington because we’re a small destination. We need ideas to break through the clutter of traditional tourism marketing,” says Gathan Borden, vp-marketing at VisitLEX.

With 21c being a locally-owned, boutique hotel brand, VisitLex faced minimal red tape. According to Borden, the plans came together quickly. To get around the Netflix red tape, they named the suite the “Harmon Room,” named after the series’ chess heroine Beth Harmon. 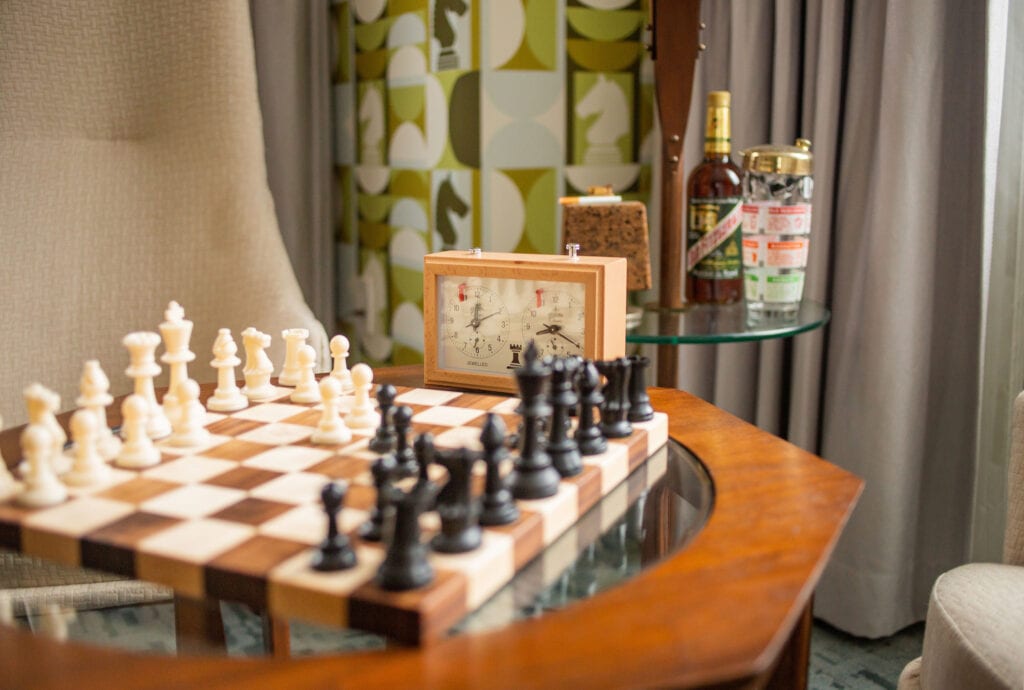 Period furniture, props from local antique stores and a walnut-and-maple chess board produced locally were on hand for visitors.

VisitLEX tapped local interior designer Isabel Ladd, a curator of the “Maximalist” style, and preservationist Lucy Jones to bring the room to life. Period furniture from private collectors, props from local antique stores, custom wallpaper and walnut-and-maple chess boards produced by Lexington nonprofit Iron Bridge Woodshop, were on hand for visitors. Reproductions of “Lex Liquors” tote bags seen on the show, copies of Chess Review magazine, rare chess books on loan from a local bookstore and other touches like a rotary phone and an antique phone book added to the vibe. The room’s centerpiece—the oversized chess pieces hanging from the ceiling—was an artistic recreation of the character’s drug-induced hallucinations in the series.

“It was a real community effort,” Borden says. “We got 21c on board, and then we just started making phone calls to people asking, ‘Who’s got this’ and ‘Who’s got that.’ We didn’t have to call anybody from New York or Atlanta to come in here. And in 10 days, the entire room was built.”

The hope is that more industry partners will jump on board to help create an even better Queen’s Gambit experience destination,Borden says. But in the meantime, the Harmon Room is landing bookings—and the press clippings have piled up nicely. Within the first 24 hours of the promotion, 21c received 118 phone calls and inquiries about the room. And as of Feb. 10, the hotel sold 48 stays.

“When people book hotel rooms, that’s where our funding actually comes from. So, this has been a project that has a direct impact on the bottom line,” Borden says. “The first quarter is a soft time of the year. Not a lot of people are traveling in January and February anyway, unless you go to a beach destination. To be able to sell 48 rooms and to be able to drive thousands of dollars to the bottom line has been really exciting for us.”

All told, more than 150 articles have covered the Harmon Room, resulting in approximately 15,000 social shares. VisitLEX is also measuring general traffic to its website and the hotel’s website. Travel pubs are starting to feature Lexington as a destination to visit and a staycation recommendation, too. Borden is hoping that the experience attracts more local travel which has replaced other types of tourism for many families.

“A lot of people, if they’re going to get out during COVID, want to do it for something that’s going to be unique that might not be around for long,” Borden says. “This is a way to do that.” Agency: Cornett.