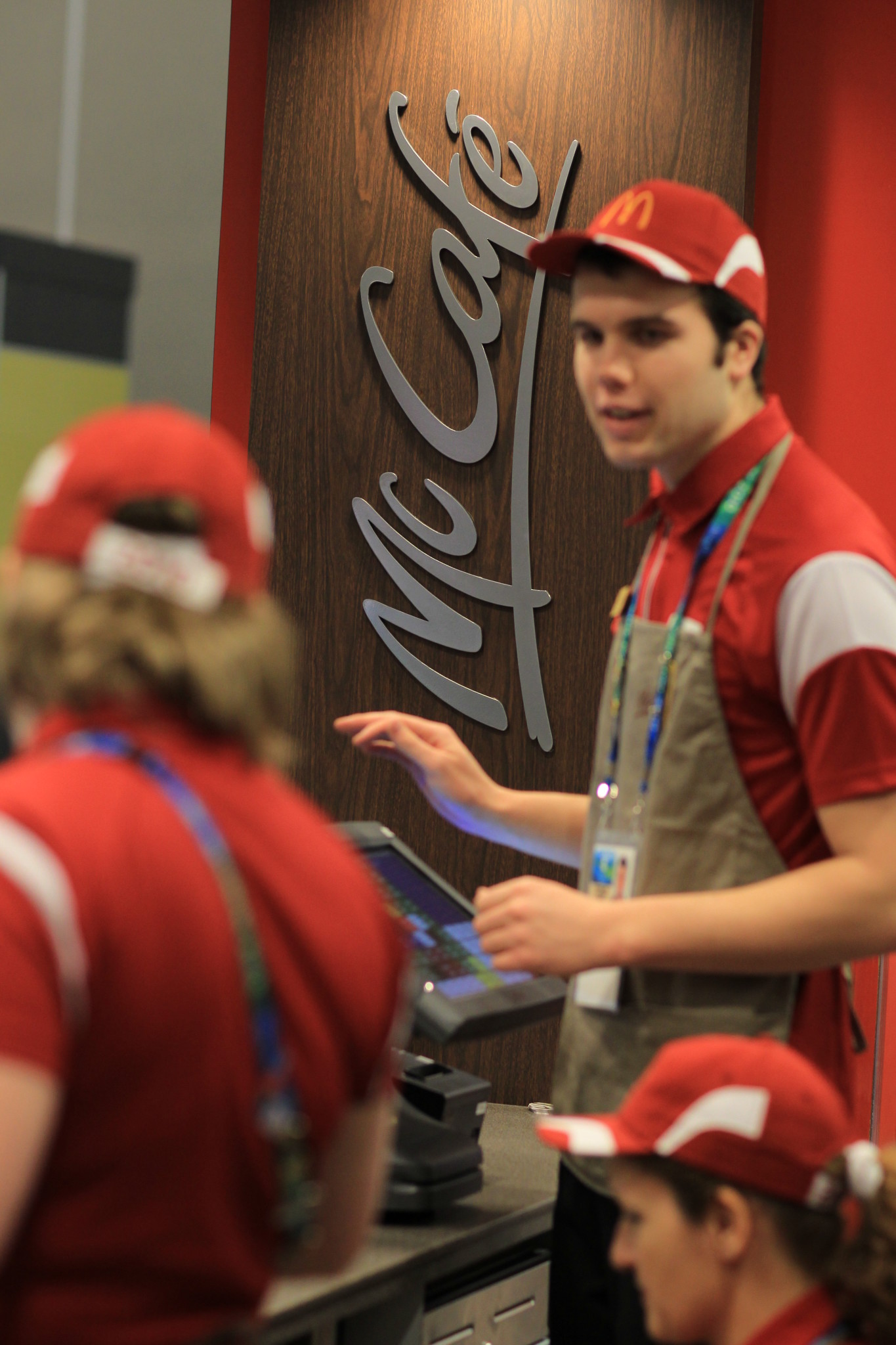 AS MARKETERS TRY TO  BUILD WORD-OF-MOUTH BUZZ a few have realized the ultimate influencers may already be on their payrolls. McDonald’s Hewlett-Packard and Amtrak have found that engaging employees as brand ambassadors gives them credibility and the employees a sense of pride. It’s an approach that benefits both sides.

Take McDonald’s and its Olympic Champion Crew program that in August will send its top 1 200 Chinese employees and an additional 128 others from 34 countries to the games in Beijing. The employees who competed for the honor at the local market level receive an all-expense paid trip as well as tickets to the games and tours and a 10-night stay in a five-star resort property in north Beijing. But for five days six hours a day they’ll work as the face of the company in the brand’s four on-site restaurants.

A special Big Mac building competition will be held the day before the opening ceremony awarding the first “medals” of the Games. The crew will also share its experiences with family and friends through the Olympic Champion Crew blog and send video messages to co-workers back home via a Crew Cam in one of the restaurants.

“It’s a great way for us to demonstrate our commitment to the Olympics which is all about the best of the best from a sports standpoint ” says Rich Floersch executive vp and chief human resource officer at McDonald’s. “This also is a great way to recognize the best of the best of the people who work in our restaurants.”
The program began in 2002 with the Olympic games in Salt Lake City and continued in 2004 in Athens and 2006 in Turin. It obviously entails a great deal of effort from the local level on up to the top brass. Why does McDonald’s do it?

“There’s something magical about offering something for our employee that no other company does that is uniquely McDonald’s ” Floersch says. Even more important is the enthusiasm those employees will bring to Beijing as they interface with athletes officials municate that through their actions that translates to the customers and their experience in the restaurant.”

HP EVANGELISTS
At Hewlett-Packard 5 000 employees and retirees in the U.S. Canada and Latin America last year participated in Demo Days a program in which they volunteer to represent the company at retailers such as Circuit City Staples and Office Depot that sell HP products.

“We talk about customers all the time but this program puts a face on them ” says Jill Weeks employee brand communications program manager at HP. “Likewise it allows the customer to put a personality and a face on our company. It takes the conversation with the customer deeper and the stores are thankful for the extra help during busy times. We’re a big company. This makes the customer look at HP differently.”

Employees are trained before they venture out into the field. They receive a kit with product information giveaways for the customers they will meet and a shirt to identify them as part of HP.

The Demo Days actually involve two types of employees: those with the technical expertise to do a deep dive into the products and feel comfortable removing the cover from a printer to show consumers how it works; and those who fulfill more of a brand ambassador role offering to read a box with a customer or seek help together.
Last year more than 600 stores in 40 states participated in the program which is growing to include more Spanish-speaking employees.

AMTRAK AMBASSADORS
Amtrak also tapped into its employee base when it launched National Train Day last May. “The event engaged the entire organization from the employees through the executive ranks including our ceo and our board chairperson ” says David Lim cmo at Amtrak. “Everyone became a brand ambassador.”

Months in advance Amtrak solicited employees to volunteer and encouraged them to attend with their families. Employees manned tables and track displays in the four main stations Chicago Los Angeles New York City and Washington D.C. Acela executive chefs displayed their food onboard the dining car. Interviews and pictures of an usher sleeping car attendant conductor engineer and ticket agent were featured on nationaltrainday.com and artwork from an employee children’s art contest was displayed in stations.

“It instilled in them a sense that they are part of something ” Lim said. “The employees realized they are the brand.”