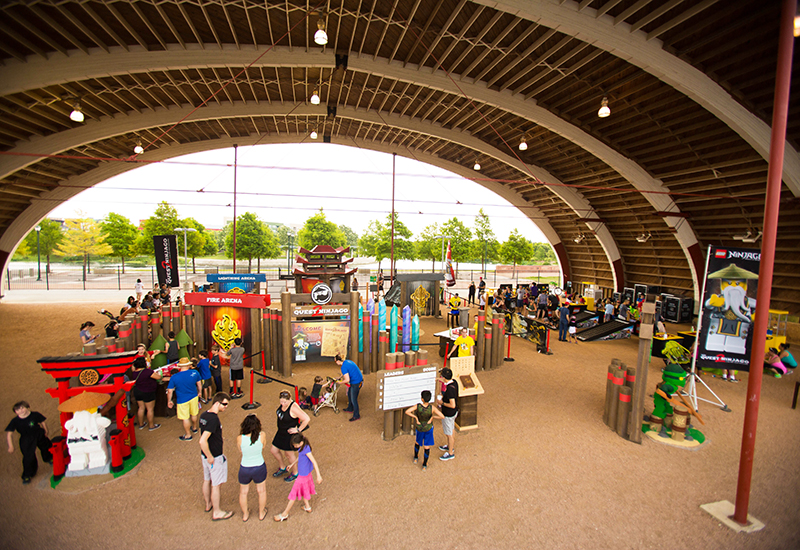 LEGO’s Quest2Ninjago summer tour, based on its highly successful franchise Ninjago, wrapped on Sept. 10 with an “American Ninja Warrior”-style finale competition at Legoland in Carlsbad, CA. The finale was a culmination of top performing “ninjas” from a seven-market tour where LEGO fans could compete using their ninja skills in an action-packed course that activated in partner Toys“R”Us retail store parking lots (Sparks, Philadelphia, handled).

Rather than a recruitment program, Quest2Ninjago was all about rewarding and engaging existing fans—both fans of LEGO and fans of the Ninjago franchise (which is also a movie and cartoon series).  Hot off the heels of this summer tour program, three best practices for your next kid-friendly program:

In a sense, the program was designed for LEGO fans to become mini influencers—inviting friends, bragging about their score at school or at home and amplifying the tour along the way. “We find that kids love physical challenges but even more so when they can bring along a friend and challenge others,” says Kai Witbeck, event marketing manager-brand relations, at LEGO.

He describes a stop in which two boys who had the fastest time went home and told friends they had the Legoland finale “in the bag.” The next day, a group of their friends (girls) signed up for the course and ended up beating their time. “It’s great to see that competition, but it also goes across gender and even age groups,” Witbeck says.

2. There was something for all ages.

LEGO is famous for “free play” zones in its activations, spaces where kids can play alone or with a parent, and ultimately spend some extended, quality time at the activation. The Quest2Ninjago activation was no different. “We wanted it to be an experience where someone who’s four or five years old could come and watch and be entertained, so we had some ancillary activities where they could still have that hands-on LEGO experience we’re known for with our other events,” Witbeck says.

3. It was used as an internal engagement tool.

LEGO set up the tour activation at headquarters for employees, too, where instead of kids and other kids competing, it was kids versus adults. Not only did it serve as an internal engagement activity, it helped drive a broader LEGO message. “To see that interaction, it makes us think about bringing that socialization in our marketing, that LEGO isn’t just about playing upstairs in your room by yourself; you can involve your friends or parents and do a larger activity with them,” Witbeck says.