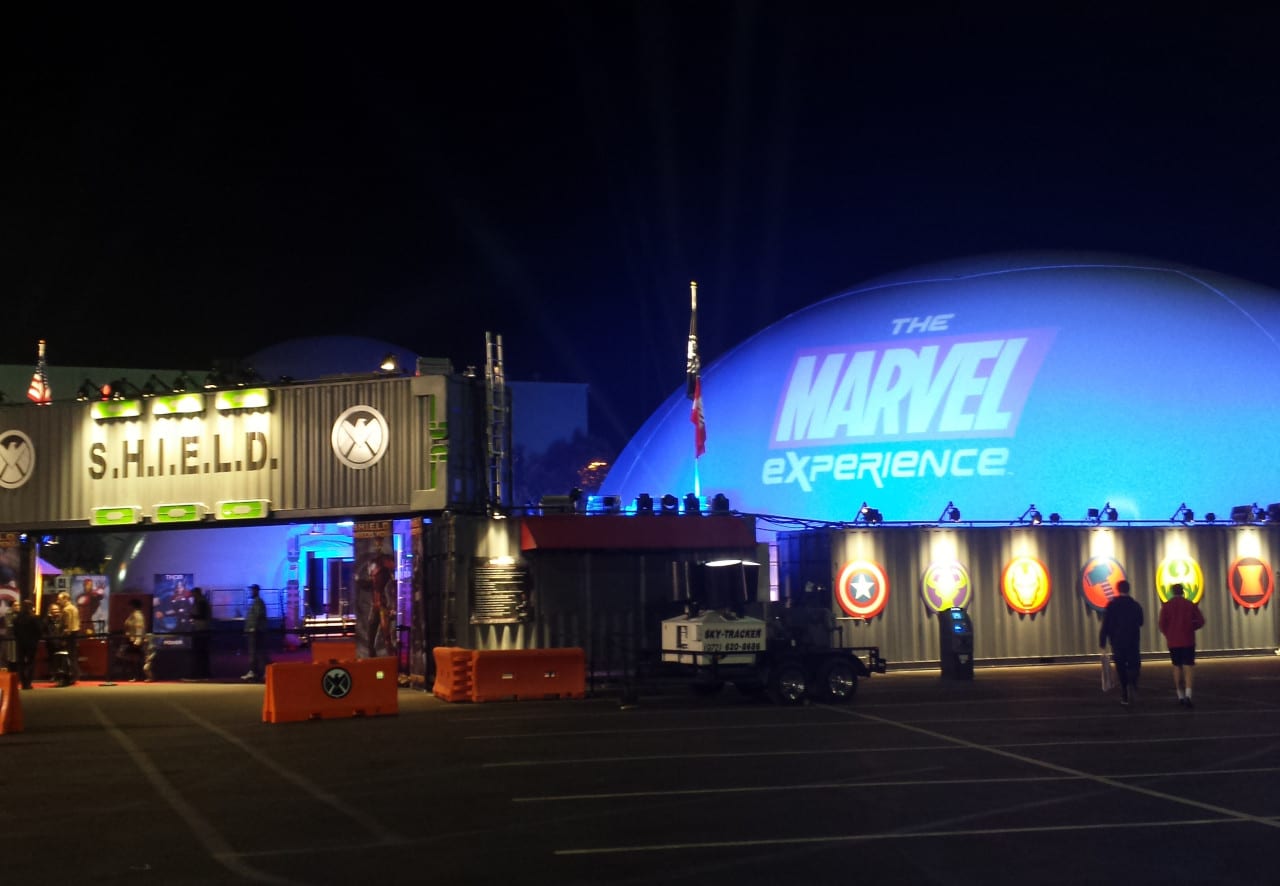 It’s only mid-January, but there is a chance that the largest brand experience of the year may have just been unleashed—a traveling six-story Marvel Experience spanning three acres under seven inflatable domes.

Pictures just don’t do it justice. The footprint (which packs into 60 semis between cities) can be seen from miles away and could be confused for a high-tech military compound. And that’s exactly the point. Produced by Hero Ventures, the Marvel Experience tour is rolling out via a national schedule that includes stops (17-24 days each) in Dallas, San Diego, San Francisco and others. It’s a fully ticketed brand experience: Ticket prices for the two-hour experience start at $27.50 and consumers buy tickets for specific entry times (a move that keeps throughput manageable).

The ambitious project brings to life Marvel’s red-hot assortment of super heroes—from Thor and The Hulk to Spiderman and Captain America—and features next-generation technical production, motion-wide engagements, 3D stereoscopic projection and gamification not seen before in a traveling mobile experience. “This was built with the fan in mind,” Hero Ventures coo Doug Schaer told EM at the world premiere event in Dallas. “It’s a fan getaway, a blurring of the lines between fantasy and reality. And yes, the back-of-house and show systems are astounding.”

Once consumers enter the compound, they sign up for a S.H.I.E.L.D. identification card via a row of touchscreen monitors. They then start the two-hour journey in some initial Recruit Staging and Mobile Command Center areas, where animated Marvel characters explain the storyline. The premise: Evil robots referred to as “Super Adaptoids” threaten the security of S.H.I.E.L.D. and the attending consumers have been recruited to help. The first two domes provide animated projection content and instruction, and the third (the largest area of the footprint) houses more than a dozen interactive games, from touch-based scavenger hunts for robot pieces to laser-guided obstacle courses to gesture based shooting games—even a Spiderman climbing wall. (There are also food concession areas in the zone.)

Next up is the world’s only 360-degree 3D stereoscopic theater, which offers resolution and effects that most Orlando theme parks would drool over. From there, a final briefing from Marvel characters and a finale 4D motion ride. All visitors are then deposited in a merchandise store for some final purchases (they can print out the S.H.I.E.L.D. identification card, partake in some photo activations and buy apparel) before heading to their cars.

The Heroes Have Assembled: The Marvel Experience