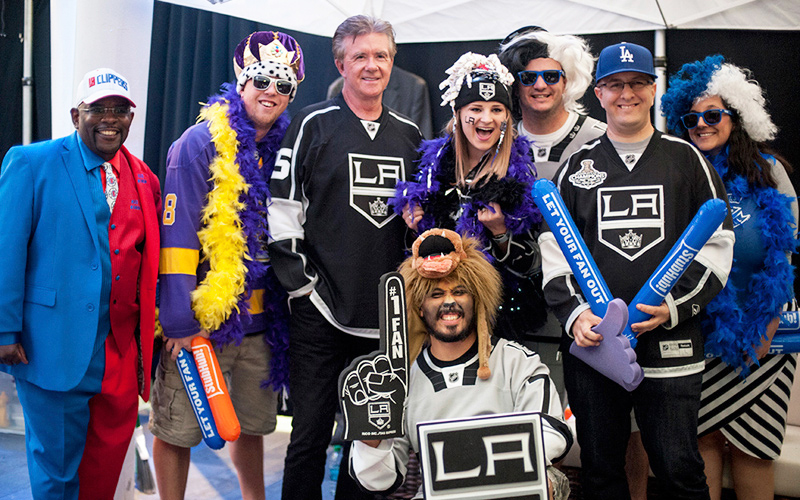 StubHub on Nov. 12 unleashed some of Los Angeles’ wildest supporters inside Microsoft Square to determine the city’s number one superfan. Leveraging a live game show format, the brand invited seven competitors to complete a series of challenges resembling the NBA’s annual Draft Combine as part of its cross-channel Let Your Fan Out campaign.

The competition began with a call to action on Facebook, Twitter and Instagram, where StubHub encouraged geo-targeted consumers in the L.A. metro area to submit 15-second videos that showcased why they were the city’s biggest superfan. The brand ultimately selected seven competitors whose skills were assessed by celebrity judges Alan Thicke, Pia Toscano and Omar Gonzalez.

The competition was strategically set at L.A. Live, adjacent to the Staples Center, prior to an L.A. Kings hockey game to attract fellow endemic fans to the spectacle before the Kings hit the ice. Touchpoints on the periphery of the activation space included two inflatables for kids, air brushed face painting and tattoos, free snacks and branded giveaways. But the main event was front and center, allowing a total of 3,000 spectators to witness the superfan mania.

The contest began with the Game Day Gear challenge during which participants unveiled their ultimate superfan outfits, including signs, props and other fan memorabilia. Next was the Superfan Shuffle, which challenged competitors to break out their best game-winning victory dance.

For the Swag Saver challenge, contestants stood in front of a portable soccer goal and had five chances to block shots fired from a T-shirt cannon, while the Refreshment Run challenge gave participants 20 seconds to gather as many snacks as possible from a food cart and return to their seats. Finally, Here to Cheer challenged participants to prove their leadership skills by engaging spectators in an impromptu 20-second fan cheer.

“When you have people looking to an arena and they see something like this, it’s very centric to who they are as well, because they’re fans. They gravitate towards it,” says Justin Finn, head of event marketing at StubHub. “And the game show experience is so much fun. It becomes this really lively atmosphere all day surrounding brand engagement.” Agency: Mosaic, Chicago. 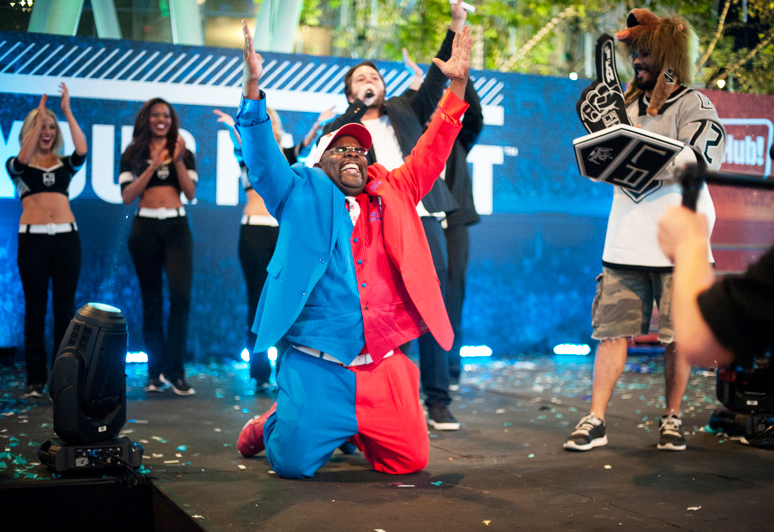