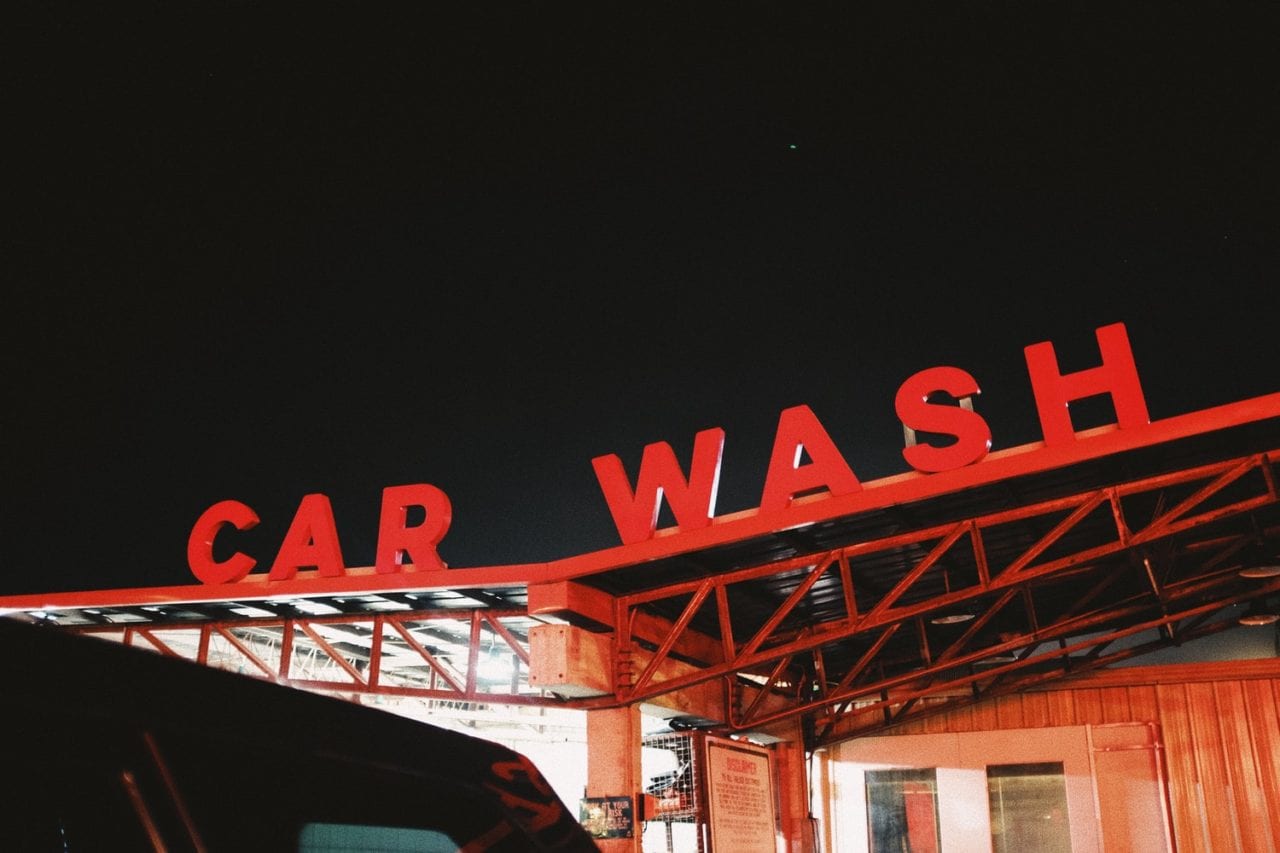 Even in a down economy Californians still love cruisin’ in their squeaky-clean cars. So to make connections in the local market State Farm offered drivers something special for their gas-guzzling babies—spa therapy. From July 7 through Aug. 3 two Los Angeles car washes were transformed into Zen-inspired red and white pagodas where drivers received free cold drinks cool gel eye masks and massages while their car was being treated to a body scrub. (Washed that is.) To support the theme—Experience Peace of Drive—the brand transformed its logo which usually features the words “Auto ” “Life” and “Fire ” by changing the words to “Peace ” “Love ” and “Drive.” State Farm staffers were on hand to chat up auto insurance to potential customers while brand ambassadors worked the street appeal by blowing giant bubbles from a wand alongside a real full-size four-door car enjoying a sudsy bath inside an eight-foot-by-16-foot fiberglass and steel bathtub (Agencies: Concept/Design: BooneOakley Charlotte NC; Fabrication: Event Group New York City).  Here’s why we say steal this idea.

It Takes On A Unique Market Challenge
Experience Peace of Drive was tailored to help State Farm get more traction in the California market where its awareness numbers weren’t quite up to national levels. “From a corporate branding perspective we typically look at the big three competitors like GEICO Allstate and Progressive but here in California there are other insurers who have a higher brand awareness—Farmer’s AAA and AIG Direct ” says Bobby Wilkinson California Zone marketing manager at State Farm. “So one of the things we wanted to do here was to have a really interesting brand campaign that would bring State Farm more top of mind.”

It Uses Its Assets
Confucius say when you have traffic-stopping 4 000-pound car in a bathtub in your inventory you should use it. To build awareness in the weeks leading up to the car wash activations State Farm kicked off its Peace of Drive campaign by activating just the bathtub and live bubble blowers on the Hollywood Walk of Fame in front of the Kodak Theatre. “You have a lot of people going in and out and most in high-profile visible locations ” Wilkinson says. “It’s a great branding opportunity for us.” The brand followed up the two-week stunt by taking the bathtub to its car spas at Sunset Car Wash on Sunset Boulevard for two weeks and then to a second location Century Car Wash for another two-week run.

It Speaks To Local Priorities
State Farm’s car spas captured locals when car care was top-of-mind and then welcomed them into a fun yet highly relevant environment where conversations about auto insurance could take place. “Car washes are huge in California ” says Wilkinson. “The weather is nice here 300 days of the year especially in L.A. so we thought what a great idea to catch some of these people at the car wash and in the moment when they’re thinking about their car.”

It Rewards Existing Customers
Skipping the needs of current customers in favor of attracting new ones leaves a lot of positive word of mouth lying on the table. State Farm leveraged the potential of both customer segments by surprising current policyholders with free basic car washes when they swung into the car spas. “For those folks that aren’t insured with State Farm I hope it makes them think ‘Wow how nice that State Farm did this for their customers. Maybe I need to look into becoming a State Farm customer ’” says Wilkinson.

It Leverages Nearly Experiential Traditional Media
The pop-up spas were supported by billboards cable car posters bus shelter ads and bus wraps but the creative was much more than just a play on words. Provocative three-dimensional billboards featuring a car being punctured by giant acupuncture needles or illuminated by lit aromatherapy candles on the dash translated the Peace of Drive theme well beyond the limits of traditional media creating seamless tie-ins to the live car spa experience. “We said let’s get some creative that’s going to make people stop and think ” Wilkinson says. The campaign targets the five largest DMA’s in California (Los Angeles Fresno Sacramento San Diego and San Francisco) plus Bakersfield home to one of State Farm’s largest corporate offices. Billboard and car wash impressions for the five-month promotion topped more than four million per day.