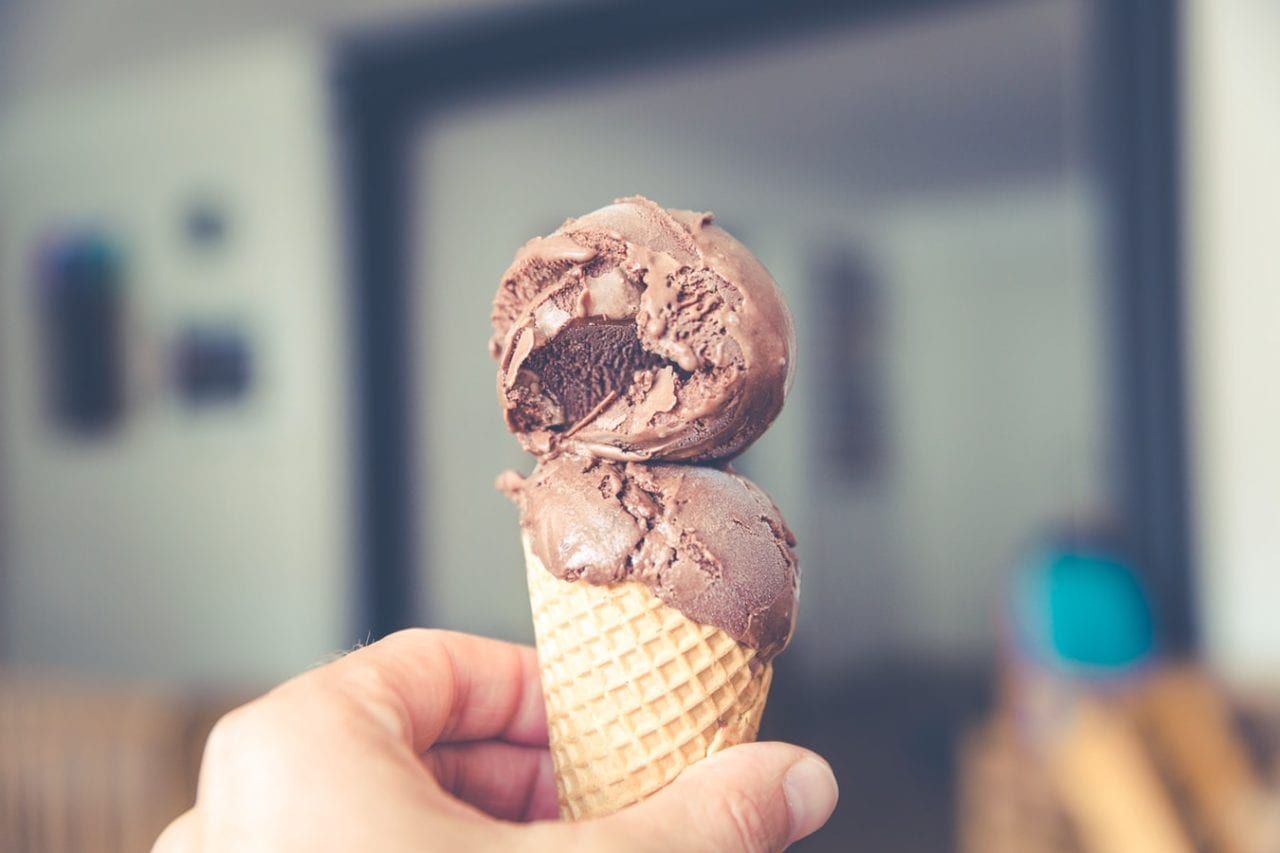 Ice cream brand Ben & Jerry’s kicked off a new joint partnership with the Lennon Estate and nonprofit organization Peace One Day by restaging the Bed-In For Peace event famously created 39 years ago by John Lennon and Yoko Ono. At the publicity event held at the Ben & Jerry’s Scoop Shop in New York City’s Times Square members of the media were invited onboard a 31-foot peace-sign emblazoned mobile vehicle and into a glass-encased room where they could sit on a bed reminiscent of Lennon and Ono’s and conduct interviews (Agency: TBA Global New York City). Five hundred media outlets picked up the p.r. stunt garnering 65.5 million media impressions—more than double the program’s goal. How did the Chubby Hubby-maker from Vermont blow past its press objectives while delivering on its socially conscious call for world peace? Just like its ice cream sometimes the magic is all in the unlikely mix of ingredients. Here’s why we say steal this idea.

It Piqued Press Interest Across Genres
Ben & Jerry’s brought together an eclectic blend of personalities to offer a little something for every type of media outlet. For brand purists Ben & Jerry’s co-founder Jerry Greenfield was there. For those interested in stories from the 1969 Montreal Bed-In original photographer Roy Kerwood was there. For the celebrity-obsessed entertainment media actress Maggie Gyllenhaal was there. And for those looking for an activism angle Peace One Day founder Jeremy Gilley was on hand to help announce the winners of the brand’s Peace Pioneers contest. “We had an odd mix of people but to see them all come together and have this shared message of peace it was just great ” says Noelle Pirnie global senior integrated marketing manager at Ben & Jerry’s.

It Picked the Perfect Celebrity
Pirnie says there are two things Ben & Jerry’s looks for in any celebrity endorsement. Track record: “We don’t want it to be the celebrity taking advantage of the issue of the moment ” Pirnie says. And fit with the brand: “How would they relate to that 18- to 34-year-old? Do they resonate with our core consumer?” Gyllenhaal not only brought her star power to the event she has been an outspoken peace activist for years.

It’s Cost-Effective
Ben & Jerry’s saved money by skipping hefty public park rental and refrigeration charges and parking its Bed-In-mobile in front of its own retail Scoop Shop where it launched its newest flavor Imagine Whirled Peace. The brand further leveraged the vehicle’s mobile appeal before the event by traveling to Columbus Circle and Lennon’s former residence The Dakota before settling in Times Square. “New York is just such a massive market and to be able to reach as many people as we want to reach with a frozen product is a real challenge ” Pirnie says. “Just renting Bryant Park once was essentially our budget for the whole campaign so in order to reach as many consumers as we could we decided to go the mobile route.”

It Pays Homage to an Iconic Event
Restaging Lennon and Ono’s iconic Bed-In event would perk up any reporter looking for a story. Maintaining the pro-peace spirit of the original Bed-In however is where Ben & Jerry’s gave the press something more substantial to write about. “We wanted to find an authentic way to honor Yoko and John’s work around peace through the Bed-In ” says Pirnie.

It’s a Media Stunt with broad
Consumer Appeal
Many press events shroud the action behind specially built press zones. Ben & Jerry’s gave reporters a quiet glass-enclosed space to conduct interviews in but allowed consumers visual access to all the activity. “It worked well because people could be outside the truck and taking their pictures but then it also allowed the media to come in and have intimate one-on-one moments” Pirnie says.