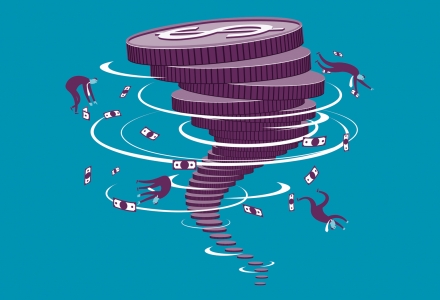 Changes in Employment Laws May Affect Your Bottom Line

One of the biggest issues impacting the operational cost structure of the event marketing industry has nothing to do with marketing budgets. Nope. It’s not the fast-paced worlds of social media or technology, either. It’s not even the changing cost of gasoline or the high price of travel.

The biggest threat to your event marketing portfolio’s bottom line may just be a quiet storm brewing around your people—the hired event staffers and helping hands you contract for days and sometimes weeks to be the faces of your brands in the field.

Here’s what’s going on: Across the U.S., states have been changing enforcement laws about the “misclassification” of employees as independent contractors. Last year in California, Governor Jerry Brown signed into law a measure that increased the penalties for willful misclassification of regular employees as independent contractors. The biggest economy in the country was the 12th state to enact such a law, and many other states are following suit. It’s not just about local regulations, either. Last year, the Department of Labor hired extra investigators to detect and deter companies from misclassifying employees, and put some money where its mouth is with a $14 million appropriation for this fiscal year, earmarked for state grants to help them identify offenders and recover unpaid taxes and other withholdings. The IRS is in on the game, too, and has entered into agreements with 34 states to share information about investigations and enforcement techniques. Congress recently made an effort to unite all of these efforts and enact federal enforcement and clarification measures. Although that measure failed, it won’t be long before it rears its head again.

This has a huge impact on the event marketing industry, which faces having all brand ambassadors labeled as misclassified. Most staffing agencies have historically employed the people on the ground as independent contractors, filing 1099s for them each year. Increasingly, state and federal authorities at the DOL and IRS are calling for these agencies to change course and reclassify thousands upon thousands of staffers as true employees—protected by employment laws and subject to withholdings for social security, Medicare, taxes and unemployment insurance. Some agencies are fighting the good fight under the “industry standard” justification that event staffers are temporary workers, by the nature of their occupations work for multiple staffing agencies each year and therefore are indeed literally independent contractors. Others are saying the writing is on the wall and are making the switch to W-2 employees, despite the additional upfront costs, in order to avoid costs of litigation and potential liability.

“Many staffing companies in the event marketing and promotional industry may be living on the brink if the personnel they send to their clients are paid on a 1099 basis,” says Richard J. Reibstein, partner at law firm PepperHamilton, which has handled many such cases. “There’s nothing wrong with sending 1099ers who are genuine independent contractors—but many of the folks sent to corporate clients may not qualify for IC status under federal or state laws.”

The trick is in determining which is which. Reibstein says although the legal tests for determining whether a given person is an IC or a regular employee can be confusing, the determination can be made regardless of the technical requirements. An IC is someone who decides the manner and means of how he or she is going to get the job done. If the workers aren’t free to decide how to perform the job, they are probably not even in the gray area between 1099 contractors and W-2 employees, he says. The wrinkle is in the industry standard defense.

Here’s the problem: there’s a lot of liability to go around. If a governing body decides to audit your staffing agency and determines it is not in compliance, the process starts to get complicated. The agency can contest the audit in court, but the courts are getting more difficult to impress with the usual arguments. If the agency wins, it can still be re-audited mere months later, or immediately in a different jurisdiction, so the process repeats. Because of the interstate and departmental communications agreements, one audit can lead to others and a failed challenge can set precedent in other states, so it’s a slippery slope. If it should happen that the agency loses a challenge, the stakes are high, Reibstein says. If workers are found to be improperly classified, it not only forces the agency to go through the expense of conversion, but “exposes both staffing companies and their agency and brand clients to claims that can be staggering–unless steps are taken in advance to enhance compliance.” Think of the back payments from unpaid payroll, unemployment taxes and workers comp premiums. Not to mention claims and civil class action suits for unpaid overtime and benefits like medical insurance coverage and 401k contributions.

Staffing agencies are saying the tide is shifting toward W-2 classifications of all brand ambassadors. All of this can and likely will be passed down the line to clients paying the staffing agencies. Event marketers need to understand what is happening and begin to anticipate an increase in the per-hour rates they pay to staffing agencies as a result.

Larry Hess, ceo at event staffing shop Encore Nationwide, has been on the forefront of the fight for IC classification for years. He has fought many unfavorable audits successfully, thanks to the industry standard, and has earned many letters showing compliance from worker’s comp insurance agencies and state labor boards. “The major problem is that there is no government agency or regulation that can tell you if you’re in compliance,” Hess says. “We’re at the crux of deciding whether it’s worth it to keep fighting the fight. At the end of the day, it’s becoming prohibitively expensive [to keep litigating these audits].”

Hess predicts that within the next three years, the government will make it impossible for a staffing agency to classify workers as independent contractors. “That’s when industry costs will go up,” he says. And payment schedules might shift, too. Since regular employees have to be paid regularly, usually every two weeks, staffing agencies might start having a hard time making payroll under the current 30-day pay schedules usually contracted for event staffing orders. Many staffing companies are already exploring increasing their lines of credit to compensate.

Jessica Browder-Stackpoole, ceo at staffing agency EventPro Strategies, saw the writing on the wall five years ago, so she made the switch in 2008 and converted all staffers to regular, part-time employees. She says it was a painful transition, and caused her costs to go up, but that wasn’t a bad thing.

“It forced us to not be focused on price when we talked to potential clients to drive sales,” she says. “It’s OK that we’re a premium service, because we offer premium benefits.” More importantly, she says, “It was the right thing to do. I’m more certain than ever that these people are employees. And it will become an industry standard. It’s moving that way.”

Hess and Stackpoole agree on that last point. The industry is moving. That means that staffing companies are looking ahead, event agencies had better start preparing, and brands, well, the liability and costs will ultimately come to your doorstep. So get educated and get informed, because the storm is offshore now, but it’s making for the beach.