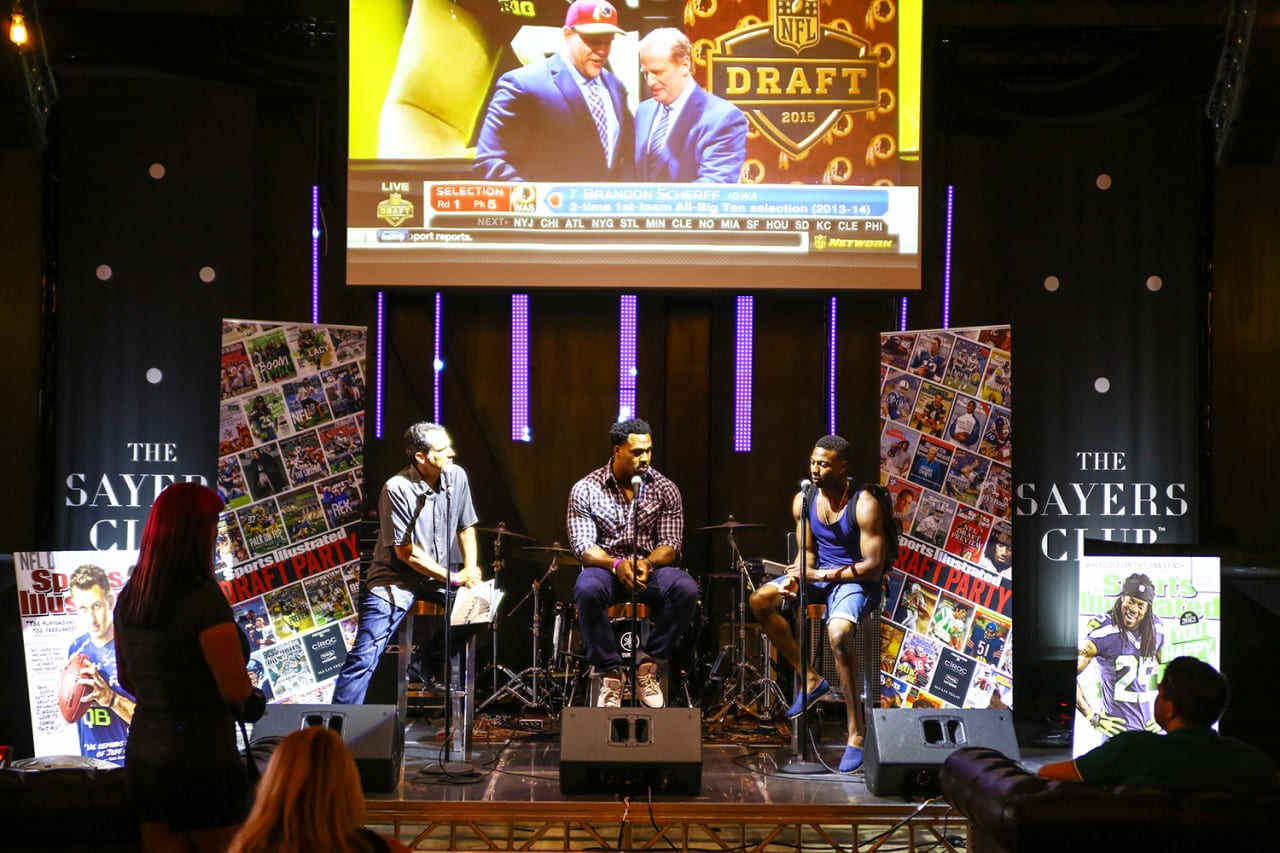 Activations in Las Vegas surrounding two marquee events—the Mayweather/Pacquiao fight and the NFL draft—brought together athletes, editors and Sports Illustrated swimsuit models as part of a cross-channel marketing strategy by the magazine that extends beyond selling pages and banners and into live media. The events were handled in-house by Sports Illustrated Experience (#SIExperience), the magazine’s newly formed in-house experiential marketing team.

The SI Draft Watch Party, which took place on April 30 and was hosted by SI senior writer Seth Davis at the Sayers Club at the SLS Hotel, featured a live broadcast of the draft and insights by NFL running back Steven Jackson and Denver Broncos wide receiver Emmanuel Sanders. Fans also could pose for photos with SI cover model Hannah Davis. Davis and additional swimsuit models also made a splash at a two-day SI Fight Weekend Party hosted poolside at the hotel, which featured celebrity interviews, fight coverage and a performance by Puff Daddy. SI advertisers Cîroc, Armani fragrance and Schick, which was promoting its Hydro line with cooling stations and water, participated in the events.

“Cîroc, which was our largest partner, had thousands of people at the pool consuming their content and listening to music from their No. 1 brand ambassador and owner alongside Sports Illustrated swimsuit models, which fit because it was a pool setting, it was a perfect integration,” says Brendan Ripp, group publisher and vp at Sports Illustrated.

The SI Experience team consists of six staffers dedicated 100 percent to live media, in addition to Octagon (Norwalk, CT), the publication’s first experiential agency. The in-house group gives the publication the ability to capitalize on sports events such as the NFL draft and the boxing matchup with shorter lead times than those required for its signature tentpole events, Sportsman of the Year and Sports Illustrated Swimsuit Live, and extend them digitally. The events also provide content for the magazine and online.