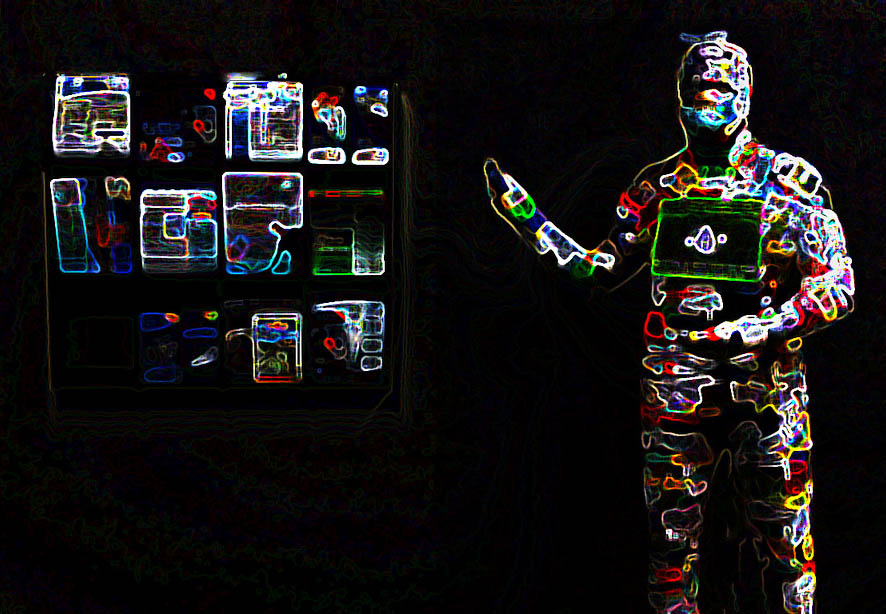 Many brands are exploring the third dimension through technologies like holograms, Augmented Reality and 3D video interactives. But there’s another “3D” strategy that can turn up the volume on your corporate brand at trade shows and events without the high-tech investment. Event graphics, those vinyl signs and suspended logos once relegated to the 2D world, are getting an upgrade as marketers find more creative, immersive and multi-dimensional ways to mix their corporate i.d.s with live activations on the ground. Here, two fresh ways to turn logos and signage into an integrated part of the action. Be sure to look up, or you just might miss them!

Guerrilla marketing has always been a part of the corporate culture at Vans, the Southern California-based surf and skateboard shoe and apparel brand. So naturally, when the brand found itself face-to-face with a key competitor that snatched up the primary sponsorship of a local surfing event last summer, it went rogue, hitting the streets and the skies with a unique kind of guerrilla signage campaign.

During the US Open of Surfing in Huntington Beach, CA, the brand cruised Pacific Coast Highway just outside the main event with a caravan that consisted of its sticker-emblazoned RV filled with cute girls handing out t-shirts, stickers and hats; a 1989 Mercedes van called “the popemobile” that has 11-foot high Plexiglas siding and a mini skateboard ramp inside; and finally, a truck carrying two machines that were pumping out small, white floating logos called Flogos (distributed by Lexington, AL-based Snowmasters) in the shape of the iconic Vans “Flying V.”

Flogos (flying logos) are made of helium, soap and water. The foamy combination is pushed up through a stencil from a Flogos machine into 12- to 72-inch, three-dimensional logos, and just about any shape is possible. At the Vans street campaign, two machines working simultaneously released a 24-inch Flogo every 15 seconds, filling the sky with fluffy white “V’s” and drawing curious crowds to the source of the oddlooking formations. “People would look in the sky and see the V’s flying over and then they’d see the circus between the motor home and the skate ramp, so we really created an atmosphere for the weekend that people at least knew Vans was around and this is our turf down here,” says Steve Van Doren, vp-events and promotions at Vans (his father founded the company 44 years ago).

Van Doren says Flogos have an unconventional quality that maps back to Vans’ irreverent brand personality. “I’m always curious about new things and if I think they relate to our customers and if it catches the eye of people then I’m very interested,” he says. They also have the power to turn simple signage into the main event. “What intrigued me about Flogos is that people kind of gravitate to you,” Van Doren says. “People ask, ‘Where are those coming from?’ and follow it back to where the actual event is. It’s like the bottom of a rainbow.”

Vans is planning several new retail store openings and on-site promotions at partner retail shops across the country this year. Van Doren plans to bring Flogos along to drive consumers back to the machine and closer to the cash register.

Another way to break out of the 2D event graphics rut is to combine signage and spectacle with on-site strategy. Last fall, Pepsi and KFC treated cricket fans in South Africa to a oncein- a-lifetime experience—a chance to watch one of the game’s biggest championship tournaments while suspended 100 feet above the playing field.

The KFC Champions Box promotion invited select fans, media and KFC execs to strap into a seat at a dinner table set for 22 guests and then hold on as the entire dining platform was hoisted 100 feet in the air by a crane (Dinner in the Sky, South Africa, provided the service). The experience was activated at the ICC Champions Trophy 2009 event at Supersport Park Stadium in Centurion, South Africa, at which KFC and Pepsi were official sponsors. From Sept. 22-Oct. 5, the Champions Box went up eight times a day, totaling 64 lifts over the course of the event. Over 1,000 fans and VIP guests got the opportunity to sip on Pepsi drinks and snack on KFC chicken while taking in all the cricket action below.

KFC and Pepsi didn’t miss an opportunity to use the spectacle of the suspended platform as a unique signage opportunity. Logos and branding covered the tables, chairs and sides, and a large graphic wrapped the entire underside of the platform so all those directly below could get a clear view of the Colonel and the Pepsi logo.

“For the lucky folk who made the trip into the sky with us where they enjoyed the KFC Boxed Meal and a Pepsi, it was an experience that will be etched vividly into their minds for a long time and both KFC and Pepsi will be part of this memory,” says Nikki Lawson, cmo at YUM! Restaurants Africa. “For the fans in the stadium they shared the excitement to a degree as they watched ecstatic fans get slowly lifted into the sky and for the general public watching on tv, it helped make them wish they were there.”

Lawson says that by skipping the traditional sponsorship billboard and creating “signage” high in the sky, the event cut through the clutter, generated high-value consumer experiences and onthe- ground buzz, and, since it was a globally-televised event and a first-time Dinner in the Sky activation at the tournament, p.r. value exceeded expectations. “Because of the novelty of the event it was easier to persuade media owners, players, the public and various other stakeholders to join us for a meal in the Champions Box and to cover the event in local media,” says Lawson. “We even had a few international reporters love the idea and report on it in the Indian, the UK and Australian media” (Agency: Playmakers, South Africa).