Reaching Out to Gay and Lesbian Consumers – Event Marketer 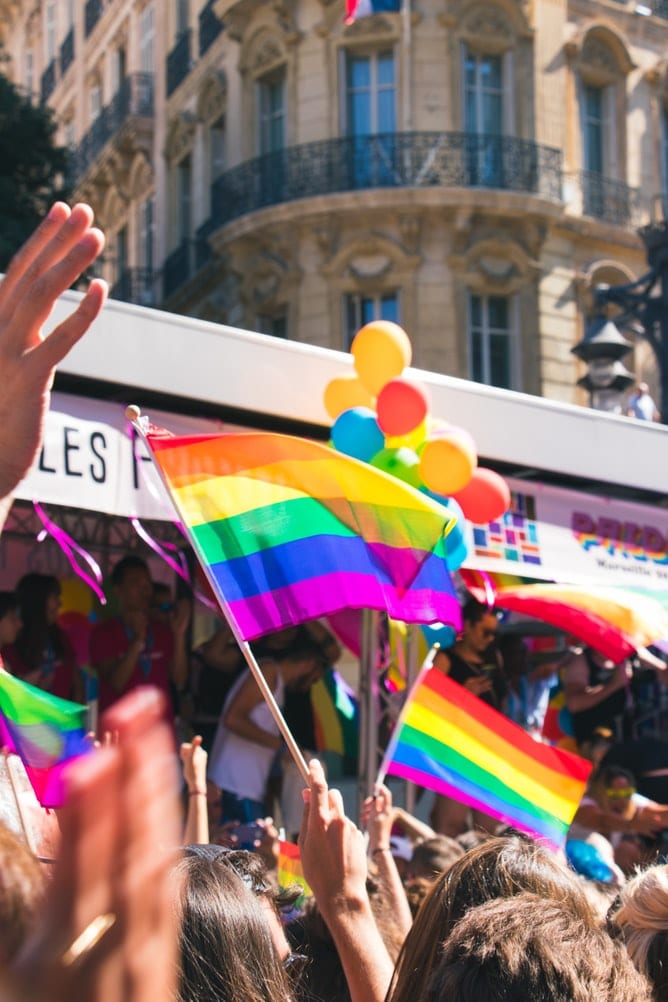 Reaching Out to Gay and Lesbian Consumers

Gay and lesbian consumers make up just 10 percent of the market but they wield the largest disposable incomes of any niche group—$660 billion to be exact. How to harness this ginormous spending power? Good news event marketers. According to a survey conducted by San Francisco-based agency Community Marketing companies that sponsor LGBT (Lesbian Gay Bisexual and Transgender) events overwhelmingly have a better chance of winning the race for brand loyalty. Of the 22 000 surveyed 88 percent of gay men and 91 percent of lesbians said that a brand’s support of LGBT events favorably influences their buying decisions.

For Volvo Coors and Absolut spending marketing dollars to get face time with the gay community is a decades-old strategy. But for brands just starting to build equity making the connection requires much more than just hoisting up your sign at a local pride event.

Wondering where to begin? Leading brands and experts weigh in on the best ways to appeal to the LGBT community while building brand loyalty through events and sponsorships:

Demographic Differences
Starting a live conversation between your brand and the gay community is in most ways no different than a general market strategy. Age income gender and geography should still drive decisions about how and where to engage.

Volvo for the past three years has been a sponsor of R Family Vacations cruises a 2 100-guest sponsorship opportunity that offers a platform for reaching affluent gay and lesbian consumers but in a variety of targeted ways. Volvo-branded beach balls coolers and Xboxes went to kids and teens while brochures video spots and raffles during evening events targeted the different types of families on board. Volvo’s message? Whatever family means to you we have a car to meet your needs. “You have the LGBT family with three children and you have that couple that’s bringing their dog along for the ride or you have that single individual going out to a club ” says Sylvia Lopez-Navarro diversity marketing manager at Volvo. “So [the sponsorship] is geared towards the entire audience that makes up R Family.”

Coors zeros in on the same R Family cruise platform but targets the geographically diverse adult demo by sponsoring a comedy night. “It hits several things at once ” says Douglas Sanborn manager-corporate relations at Coors who manages the company’s LGBT partnerships. “A broad spectrum of adults from all over the country from places where I might not be able to go otherwise and they’re coming to a destination where they’re going to see that we’re a partner. We don’t just talk the talk we walk the walk.”

Psychographic Commonalities
While there is no one gay market there are historical commonalities in the gay community that make social gatherings in bars at festivals and through fundraising efforts uniquely relevant and effective as experiential platforms. “Thirty years ago it was a marginalized community so they took it upon themselves to find commonalities and to get together ” says Joe Keenan founder of New Avenue Marketing which focuses on the LGBT market. “It’s a community that’s based on organization and that’s something that marketers are starting to figure out.”

Absolut was one of the first brands to recognize and engage the LGBT community in the 1980s and remains credible today because of its consistent presence at social events.

“Our approach has always been to engage in a manner that is important to the men and women who comprise this community ” says Sarah Bessette a spokesperson for Absolut. “In their social spaces and through events that matter—whether it is the GLAAD (Gay & Lesbian Alliance Against Defamation) media awards Gay Disney or Thank GLAAD it’s Friday—we identify opportunities to touch this audience in an authentic manner that speaks to their sensibilities.”

Social Responsibility
The Community Marketing study also revealed that 89 percent of gay men and 91 percent of lesbians base brand loyalty on how a company treats its LGBT employees. Although marketers can’t always affect policy changes they can create partnerships that use their budgets to highlight their commitment to charities close to the community’s heart. Coors is a sponsor of GLAAD and a contributor to the Family Pride Coalition which is affiliated with R Family. “It’s a very unique opportunity to get the message out that we are a good corporate citizen ” Sanborn says. Volvo sends its diversity marketing manager to R Family cruises to tout its track record both as an employer and as a supporter of the Human Rights Campaign.

Messaging Nuances
Are creative tactics that get that perfectly timed and executed “we get you” message to the gay audience not your core strength? Ask for help. Coors gets creative and strategic guidance from a lesbian-owned agency. Volvo retains an agency that specializes in the LGBT market and bounces ideas off a diversity council made up of internal and external marketing and advertising professionals. Shaping the message doesn’t mean reinventing the wheel. Sometimes making the connection simply means adding a relevant tactical layer on top of an existing general market strategy.

When Nike wanted to tap into the West Hollywood gay market it didn’t dramatically change the structure or format of its general market program. It instead amped up the camp by adding an ambassador troupe made up of drag queens (New Avenue handled). Sending out brand ambassadors and staff that are credible in the eyes of the market is Marketing 101-type stuff but it’s especially important to the gay community. “Gay men and lesbians are not immune to mainstream advertising but they’re also happy to engage in marketing activities that speak directly to them and acknowledge them as individuals who are truly that—individuals ” says Bessette.

Want more? Click here for the six places you need to be to make the LGBT connection.