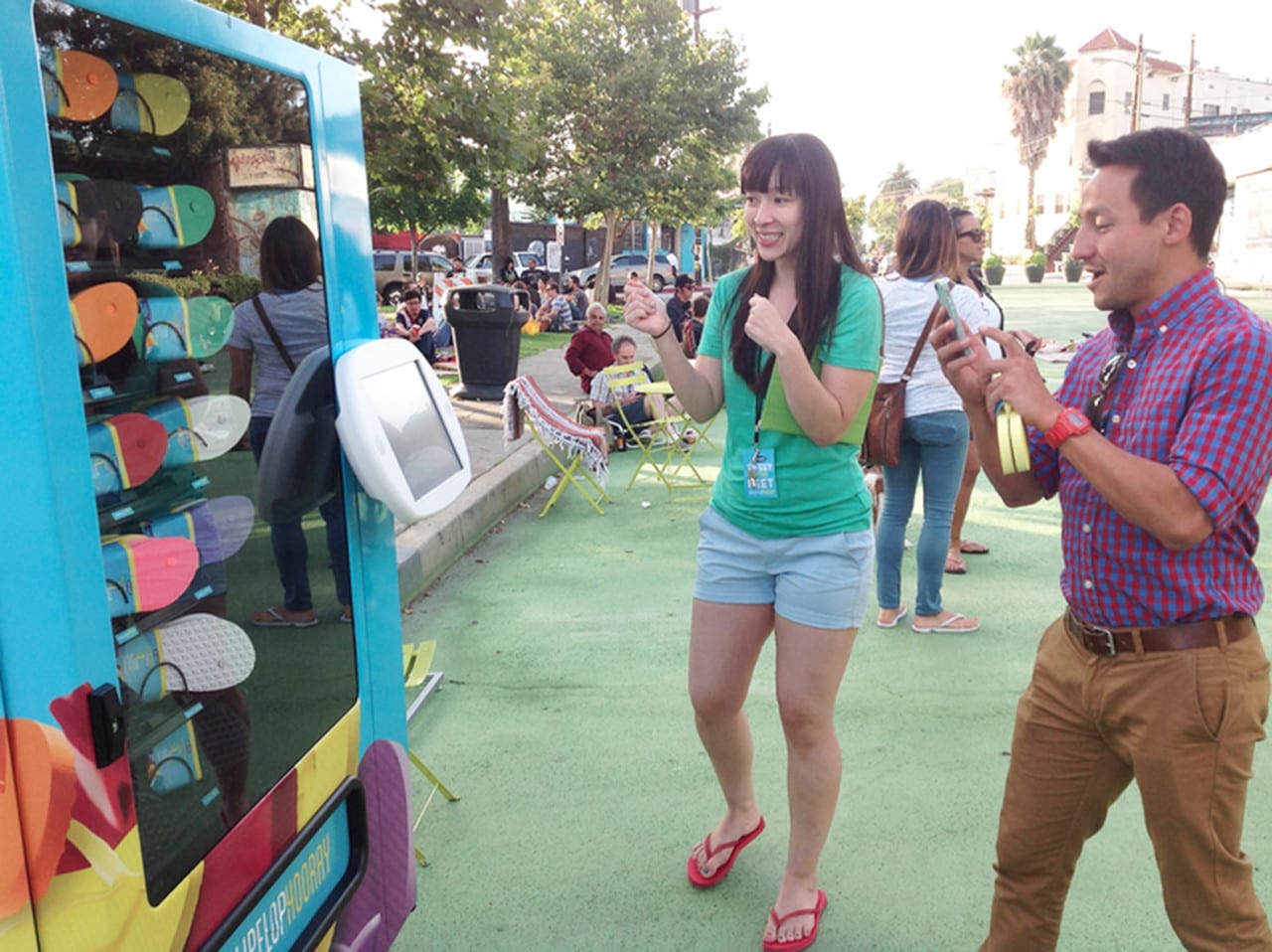 There’s the Black Friday sale and then there is the $1 flip-flop sale, Old Navy’s second biggest promotion of the year that has been going on annually now for seven years. To build buzz leading up to this year’s event, Old Navy June 24-26 turned to social currency and the hashtag #FlipFlopHurray, activating a Twitter vending machine stunt called Tweet for Your Feet that dispensed a free pair of flip-flops in exchange for a tweet. Vending machines were placed in Los Angeles and New York City at 36 high-traffic spots like outdoor movies and music concerts. A machine also visited Twitter headquarters in San Francisco, Gap Inc., and Old Navy headquarters.

How it worked: Consumers engaged with a tablet attached to the machine that featured a fill-in-the-blank message for the consumer to tweet on his or her own device. For example: “The best place to wear flip-flops is:_______” with the Old Navy Twitter handle and a unique code followed by the shoe size. Accessing Twitter’s API, the machine detected the tweeted code and dispensed the flip-flop in the right size on the spot. The screen then read “Thank You” with the consumers’ Twitter handle, and the code refreshed for the next user. In addition, each machine contained a “golden flip-flop” tied to a vacation prize package for four for one recipient.

Over the three days, Tweet for Your Feet resulted in 9,000-plus flip-flops distributed, 9,000-plus tweets across all locations, an average of four tweets per minute during activation hours; 12 million social media impressions and 170 million earned media impressions. In addition, for the first time since the $1 promotion started, Old Navy saw a lift in sales across all product categories.

“We believe in having fun with fashion, and want to create innovative and engaging experiences that embody that philosophy and invite our customers into it,” says Julie Luker, director-p.r. and partnerships at Old Navy. “Not only were these vending machines visually disruptive and engaging, but they also served consumers with the right product in the right place at the right time.” Agency: A Squared Group, Los Angeles.