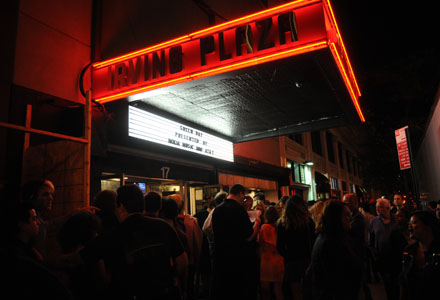 Nokia on Sept. 15 launched its new music streaming service called Nokia Music with an intimate concert by modern punk legends Green Day, who are producing exclusive streaming playlists on the service for Nokia Music customers. The launch event was designed to encourage fans to check out one of the 150 free playlists or one of the 17 million tracks available on the brand’s Lumia phones (AT&T is the service provider). They can also create their own personal soundtracks based on and inspired by their favorite artists.

As the celebrity partner for the product, Green Day performed about 40 songs from their catalogue for about two and a half hours at the kickoff. The brand brought in about 1,000 of its biggest fans to New York City’s Irving Plaza for the event, about 400 of which won tickets through social media. In a drive to retail for AT&T, the winners were directed to visit a local store to pick up the tickets. For fans that couldn’t make it, Nokia made sure they had a chance to get in on some of the action by streaming the first three songs of the concert live online. The center of the action was the Green Day Facebook page at facebook.com/greenday, where fans were directed to find out about the concert, how to get tickets, watch the livestream on event day and find out more about Nokia Live.

“We’re trying to go from zero awareness to maximum awareness very quickly with this launch,” Andy Gaitskell-Kendrick, head of global product marketing for entertainment at Nokia, told Buzz. “We wanted to bring the Lumia to the U.S. in a big way, and build a perception in consumer’s minds that, ‘If you love music, Nokia is a brand that loves music, too.’ And our devices are a great way to get access to that music.” Agency: Marcie Allen at MAC Presents, New York City.