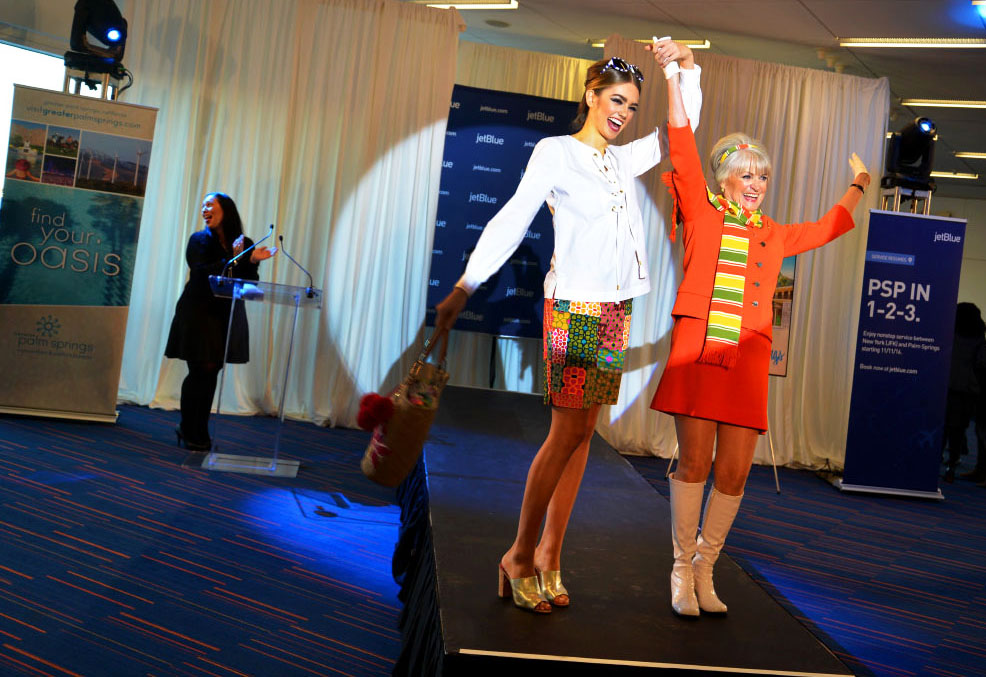 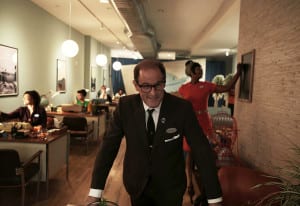 A 1960s-inspired travel agency pop-up and gate-side fashion show helped JetBlue celebrate its inaugural flight from New York City to Palm Springs for the season. The events, which took place Nov. 11-12, were inspired by the brand’s custom RetroJet put in service for the seasonal flights to the warm California oasis. It also paid homage to the Golden Age of Flying, which JetBlue wants consumers to envision when booking and flying with the airline.

The celebration began in the SoHo neighborhood of Manhattan with the Time Travel Agency pop-up at 138 Wooster Street, designed with mid-century modern décor, music and actual magazines from the decade (m ss ng p eces, New York City, handled). Agency “owner” William Pendergast greeted consumers in character and he, along with five “employees,” all played different roles within the agency as the experience unfolded. The space, open noon to 8 p.m. over the two days, reset every hour and also offered giveaways including the opportunity for consumers to take advantage of 1960s ticket prices. To drive traffic, three present-day JetBlue crew members with ’60s hairstyles and “cat eye” makeup took to the streets to hand out collateral. More than 600 people came by the pop-up.

The second part of the program took place Nov. 11 at Terminal 5 at New York’s John F. Kennedy Airport, where JetBlue hosted a retro fashion show at the gate immediately before takeoff of the inaugural flight. The show featured flight attendants in throwback uniforms as well as pieces by Palm Springs designer Trina Turk. The special aircraft livery was unveiled on the tarmac outside Gate 16, providing a backdrop through the windows during the show.

“The 1960s is known as the golden age of air travel and were rich with sleek but bold graphics and style—characteristics of today’s JetBlue brand,” says Jamie Perry, vp-marketing at JetBlue. “We wanted to celebrate that nostalgia and showcase the mid-century modern style that Palm Springs is known for during our celebration. We wanted everything to have that iconic ’60s look—from the RetroJet itself, to our crew members’ custom retro-style uniforms, to limited-edition amenity kits with post cards, playing cards and a commemorative pin for customers onboard.” Agency: MullenLowe, New York City.