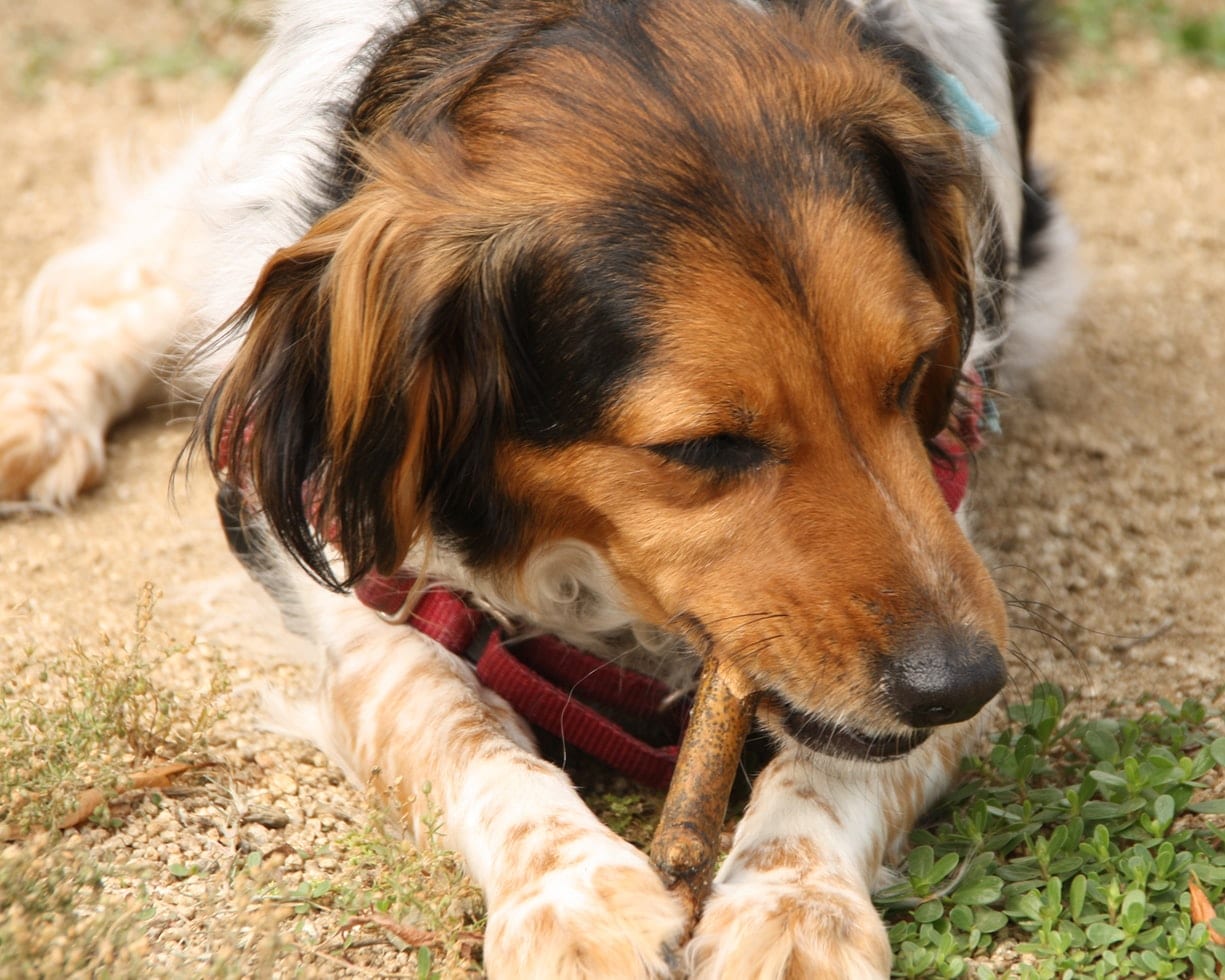 For the past year Pup-Peroni has been on the road with its Pup Patrol mobile tour bringing its “Dogs Are People Too” message to retail stores dog parks and events across the country. This summer the Patrol ran a Jeep sweepstakes (winner gets a tricked-out dog lover’s edition) and made 120 stops to drum up interest in its Ribs-variety snacks. Pup-Peroni activates with photo ops (dogs and their owners on Vespas is one of their slam dunks) and custom branded license plate giveaways. Nicole Terry tells us how the tour came to be where it’s going and how she measures success.

Where did the pup-friendly concept come from?
We looked at who our consumer was and realized that there is a very emotional aspect to treating. Our consumer thinks that treating is an expression of love for their dog. So it was a realization that it’s an emotional category too it’s not just functional. Functional is the entry point—you have to offer taste to play in the category but there was this emotional component that none of our competitors were really playing off of.

How do your event programs help you convey that message?
We’ve been able to say “Hey dog mom we get you. And we understand you like nobody else in the dog snacks category.” It’s amazing the feedback we’re getting from the Pup Patrol. People saying “I didn’t think anyone understood me and got how I feel.” So we’re getting feedback that supports our initial objectives.

How are you measuring the performance of your programs?
With Pup Patrol we’re continuing the send-to-a-friend [photo activation]. And we’re watching retrieval rates to benchmark them versus industry standards and our expectations. With the pup-friendly sweepstakes since it’s online there are up-to-the-minute metrics so we’re able to track how many people visit and how many are returning visitors. We’ve had a tremendous returning visitor rate and we’re pulling together how those are benchmarked. Third we track activity on our website emails we’re getting and the spike when the Pup Patrol goes on or off the road.

This is your first mobile tour. How are you getting management buy-in for more?
As part of the one-year anniversary of the tour we’re doing some market research and we’re surveying people who bought Pup-Peroni during the sweepstakes. We’re trying to gauge how effective pup-friendly Pup Patrol and specifically the sweepstakes have been to tie it all back to sales in the long term.

That’s a challenge with experiential programs tying it back to sales.
Especially in the short term yes. We’re still a very profit-driven company and everybody understands the value from a consumer standpoint and for brand equity building and being touchy-feely. But our core group believes there’s more to it than just that and that there can be a long-term return so justifying that so we can make it bigger in 2009 and 2010 is important. In the long term we’ll be able to model it out but for now we’ve done it through research and some of the online metrics that we’ve been able to track.

The web sounds like it’s a key part of the process?
The web has probably been the most important for tracking and for having any sort of metrics against the events and the campaigns. It is hard data that we actually see and are able to provide our management. It’s been vital for that up-to-the-minute data and for being able to span [the entire campaign]. Pup Patrol has been all over the country touching small groups of people so being able to link that all together has been great.

Are event programs taking on a bigger role or piece of the budget?
We’ve definitely seen a trend here towards more events. It started for Del Monte about a year and a half ago with the 9 Lives Million Cat Rescue. That [program] brought about emotional touchpoints and interaction one-on-one with our consumers and it became apparent that it was important for both the brand and for our consumer. We’ve seen steady growth and other brands taking on mobile tours too. Kibbles ‘n Bits had one and other brands have been working on mobile tours for this or next year.

Give us a taste of what’s next for the Pup Patrol.
Since Pup Patrol is off the road right now a new component for us is working with dogster.com a social networking site for dogs and their owners. It’s like MySpace for dogs and their owners. That’s our first foray into social networking and having a community. We always wanted to do that but we knew it wasn’t valid for our brand as a CPG to host the community so we were looking for partners and Dogster presented a good opportunity to not hit consumers over the head with Pup-Peroni but still reinforce that we get them through sponsoring the site.

You used to work for Little Tikes. What do baby toys and dog treats have in common?
They’re very similar in some respects because who you’re marketing towards is not the end user. I was marketing pre-school not quite infant but juvenile toys for one- to two-year-olds. There’s no verbal communication. It’s all emotional. So the pet owner or the mom in the case of the toys is projecting or feeling like I’m the only one who understands my dog or my child and their needs and what makes them happy. It’s all about emotional bond. For Pup-Peroni dogs are furry children to our target consumer so it’s that same relationship that emotional bond. It’s really the aspect of you get me. You understand me. They truly believe that their dog is a furry child.

How are you integrating the online action with the live brand experience?
In 2008 the focus will be to bring to life the virtual community through Pup Patrol events. Same thing on dogster.com. There are virtual treats you can leave a dog a bone for example but with our sponsorship you will be able to leave a Pup-Peroni. Now we’re working on how do you turn the virtual treats into the real thing either through events or the Pup Patrol. Pup Patrol and the mobile tour will play a part in that.

Are you leveraging your mobile program with other sponsorships?
Through the Pup Patrol we found the best way to reach a lot of people at one time is through getting involved with other events. Last year we did the Times Square Pet Masquerade a huge Halloween event. We were able to carve out a small space for the Pup Patrol where we brought Vespas and did Pup Patrol pictures of dogs and owners sitting on Vespas. People would see the Vespas and loved the thought of getting their picture taken with their dog. We were such a draw that we were able to maximize the sponsorship dollars across multiple big events by playing a small sponsorship role but by offering a value add for visitors to these events.

And taking your dog to an MLB game—people had to love that.
We have been sponsoring our local baseball team the Pittsburgh Pirates for two years with a series of pup-friendly games where you can bring your pups to the ballpark. There’s been interest by other baseball teams too. We have a meeting with the Cleveland Indians to discuss how it all worked and how it happened.

Are your event programs focused on new or existing consumers?
We have very good penetration and awareness. Our biggest problem is a category problem and that is loyalty. So that’s what we’re focused on with the pup campaign is driving loyalty and driving more repeat purchases. We already give them a reason with our products with multiple flavors so it’s about giving them that other reason to be loyal to Pup-Peroni versus using one of our competitors since we’re the only ones who are supporting this emotional platform.

The secondary goal is building awareness with the pre-nester. [Single unmarried mostly women.] They’re not big soft and chewy category users. They’re more traditional biscuit types. So our secondary objective is reaching out to our pre-nester who shares the same mindset as the empty nester and driving awareness within that group. Maybe it’s like a 60-40 split.

What was your standout program this year?
The biggest thing we’ll repeat will be the pup-friendly Jeep promotion. It was a vehicle for us to promote the pup-friendly [campaign] nationally. It was in-store and online and had many touch points that wove everything together in support of this pup-friendly sweepstakes. That’s what I’m probably most proud of and looking forward to executing next year.

How are you integrating the online action with the live brand experience?
In 2008 the focus will be to bring to life the virtual community through Pup Patrol events. Same thing on dogster.com. There are virtual treats you can leave a dog a bone for example but with our sponsorship you will be able to leave a Pup-Peroni. Now we’re working on how do you turn the virtual treats into the real thing either through events or the Pup Patrol. Pup Patrol and the mobile tour will play a part in that.