How to Reach The (Millennial) Young at Heart – Event Marketer 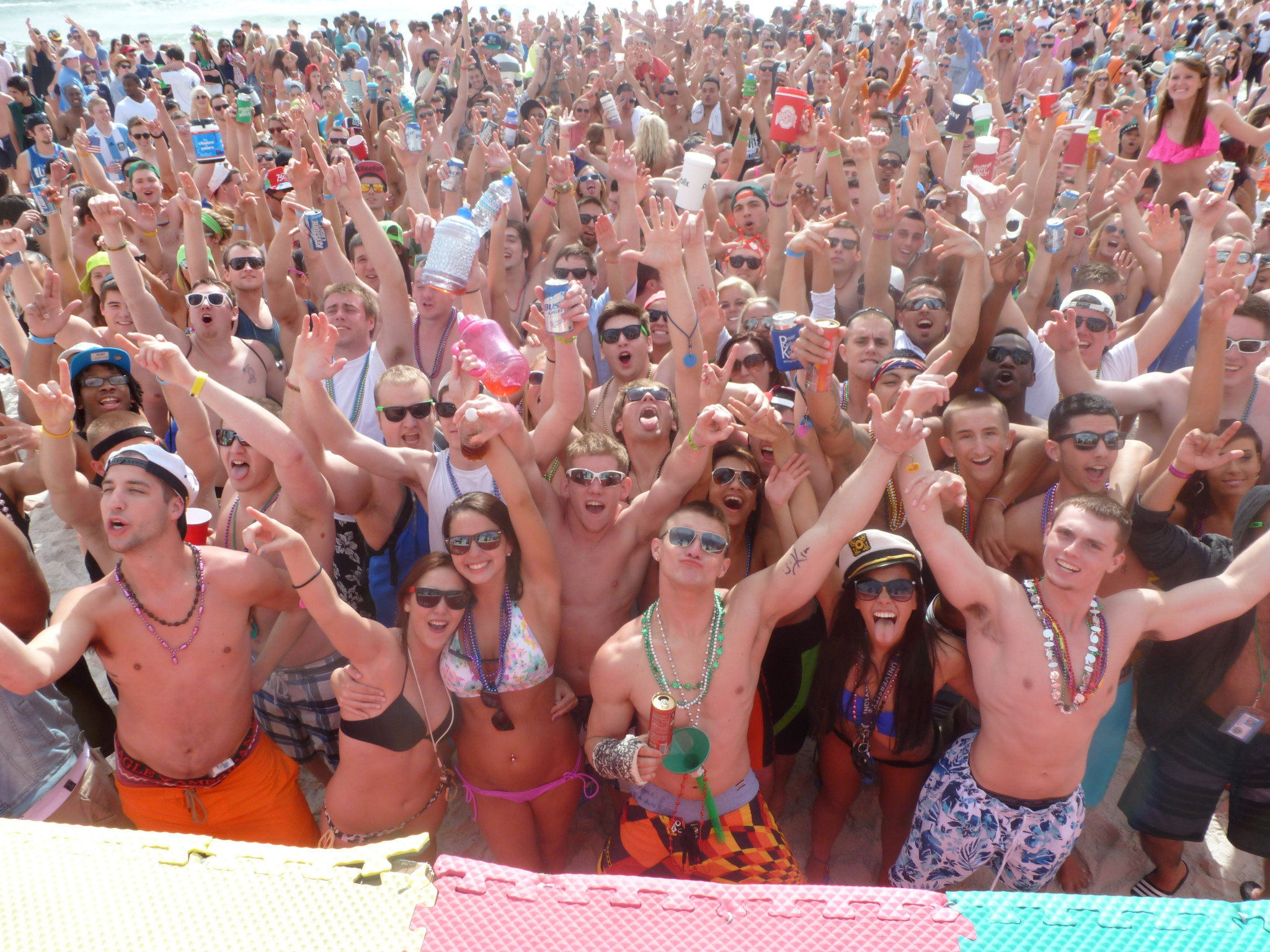 How to Reach The (Millennial) Young at Heart

To mingle with millennials, you have to go where they are, which most likely is on campus, at a concert or at the beach. Take a look at some programs that highlight the best ways to connect with this dynamic demo in ways that are meaningful, relevant and fun.

Few things can be more exasperating than shopping for jeans. Just ask any college-age woman. So, to launch Levi’s Curve ID, a new jeans collection that is based on body shape rather than size, Levi’s packed up its pants and headed to 10 campuses in the U.S. with an experiential tour called Mirror, Mirror. But this wasn’t any old pop-up with some signage at a table in the rec center. This was a full-blown dynamic set that looked and felt like a store, but it offered much more than a regular retail experience.

“The launch of this collection required a live, high-touch program that allowed women to personally experience the look and fit of Levi’s Curve ID, the ‘show them,’ not ‘tell them’ approach,” says Mary Alderete, vp-global brand marketing at Levi’s. “We achieved our goals by creating a fully immersive experience with a focus on individualized attention for each and every guest and by celebrating women for who they are.”

The program in the U.S. was part of a global creative and activation strategy that brought the campaign to life in more than 30 countries (Grow Marketing, San Francisco, handled). It tapped into three universal truths that each in-market team translated with country-specific nuances: that women love to share photos of themselves when they feel beautiful, they’re competitive and they like to have a say in matters.

Once they entered the 40-foot by 40-foot studio, a stylist measured each woman to determine her Curve ID—slight, demi or bold. Next, was the hair and make-up station for free make-overs and styling before meeting with the fit specialists who helped her find the “perfect” jeans and try them on in one of seven dressing rooms. And, to capture the moment for all eternity, and to share with friends, a photographer snapped her picture, which was posted on a global Mirror, Mirror gallery with other women from around the world. From there, the women could purchase their jeans onsite digitally at a discount through Levi’s website or later back in the dorm or sorority house.

The program tapped into the natural rivalry that exists between key universities by challenging rival schools with same day activations to try on more jeans than their competitors. The winning schools won $10,000 grants and each woman got to vote for which department should receive the grant money by dropping a token into one of three apothecary jars: arts, academics or athletics. Each school’s grant was split between the departments in proportion to the votes, so really, every vote mattered.

The results mattered, too, with more than 3,700 female students taking part in the program, exceeding Levi’s trial and engagement goal by more than 40 percent. Each participant spent, on average, 30 minutes in the studio, which equals approximately 111,000 minutes, or 1,850 hours the target spent with the brand.

The studio itself served as a live billboard with its large branded walls, totally approximately 193,350 impressions across 10 campuses. The trucks, as they traveled from city to city generated more than 11,730,400 impressions nationwide. We say Levi’s goes to the head of the class!

Zippo’s summer brand activation, “Zippo Encore,” integrates music, a sweepstakes, giveaways, social media and online marketing with retail sales—all of which are totally relevant to its target audience of males ages 18 to 35. And it does so in the cluttered environment of a music concert where attendees’ attention span is, shall we say, probably not at its optimum capacity. But, after all, it’s not too much of a stretch. The Zippo brand is synonymous with encore performances at concerts, so much that it has become an iconic part of the experience.

So, to increase social media presence, product awareness and sales of its collectible lighters, Zippo this year is sponsoring three national rock music tours in succession, as part of a global program, for 80-plus performances from April through early fall. It was the largest and presenting sponsor for the first tour, which offered 21 performances in 17 states last March through April. At each event, Zippo will have a flame-themed, metal kiosk either indoors or outdoors, staffed by brand ambassadors in t-shirts who encourage audience participation in promotions as well as sell Zippo lighters.

A “Tweet & Greet Tweetstakes” serves as a magnet to draw concert-goers to its booth. Attendees who send a tweet on “why Zippo rocks” to @ZippoEncore, hashtag #zipporocks, are entered to be one of two randomly selected tweeters invited backstage, with a guest, to meet the featured band. All attendees receive free music downloads, up to 10 each, on handout cards with the Tweetstakes entry information on the flip side. The company expects to give out more than 30,000 cards. A website, zippoencore.com, is the hub for all tour, Tweetstakes and musician info, and also includes streaming tunes and videos and ongoing “roadie” tour blogs by Zippo ambassadors, as well as a link to an e-tail site. It’s fair to say this is not your father’s Zippo. Agency: Cenergy, East Aurora, NY.

SoBe reached college students with its Flavors with Benefits campaign via a two-part program that started on campus in the weeks leading up to spring break, then made a big splash at three of the top break destinations in March.

The fun began with a two-week, 48-campus tour that sent four pairs of ambassadors in custom-built Spring Break sampling vehicles, zigzagging across the country. Each vehicle was outfitted with a touch screen digital mood music player featuring playlists reflective of SoBe’s Flavors with Benefits categories, so students could choose tunes based on their mood. Each vehicle also featured an iPad-powerd sweepstakes entry form on which students could enter to win SoBe Spring Break survival kits loaded with an iPod, flip-flops, a beach towel and, of course, SoBe.

On each campus, teams conducted product sampling, made product drops at dorms, Greek houses and meetings, and hosted Spring Break challenges in which students competed for prizes. They could also have their photo taken at a Spring Break Yourself photo lounge and share the images on Facebook, Instagram and Twitter.

Then the program moved off-campus to join students on spring break at Lake Havasu, AZ, Panama City Beach, FL and South Padre Island, TX. Through hotel partnerships, SoBe offered check-in and pool sampling and in-room product drops. Signage around the hotels and pool areas also featured the brand. On the sand near the Panama City Beach and South Padre Island hotels, the SoBe Lizard Lounge offered branded cabanas, daybeds and a tiki-style sampling bar where students could try out flavors and participate in challenges to win prizes. Palm trees added to the ambiance, along with a stage in each lounge for guest djs and small concerts.

SoBe kept track of the activities on Facebook with updates, videos and an Instagram feed. In addition, students who checked in to the destinations on Foursquare were registered to win a trip to MTV’s Spring Break broadcast from the Palms Hotel in Las Vegas.

“We wanted to create an authentic approach, the SoBe way, to reach college-aged Spring Breakers,” says Rebecca Granne. “The national tour and three-destination takeover allowed us to widely spread our message, keeping SoBe top of mind with our target consumers and leaving a lasting impression beyond Spring Break.” (Agency: Motive, Denver.)