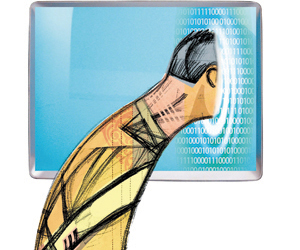 For many event marketers and their customers, taking the leap into virtual events can feel like a trip to a foreign land. Whether they are using a virtual platform to complement or replace a live event, marketers worry that their attendees won’t sign up, won’t show up or won’t know how to participate once they get there. But what they may not know is that virtual events are strikingly similar to live events. Yep, that’s right, Dorothy. It may feel like you’re not in Kansas anymore but rest assured, there’s no wizard behind the virtual curtain. Virtual events have many of the same bells, whistles and engagement opportunities as their live counterparts. Savvy marketers need only tap into their existing arsenal of time-tested live event strategies to help ease their attendees’ transition into the virtual realm. Like the Good Witch Glenda says, you’ve had the power all along. Here are six ways to unleash it:

Lure Them In. It may be the oldest traffic driver in the toolbox, but conference attendees can’t get enough of a tantalizing giveaway offer. This June, trucking parts manufacturer Navistar replaced its annual trade show for the first time with a virtual event called Power Up, Expo 2009. To encourage reluctant attendees to explore the virtual trade show floor, the brand created a treasure hunt. Customers had to complete tasks, such as downloading collateral or watching videos at select virtual booths, every day for the first five days of the event for a chance to win prizes like a trip to Key West, flatscreen TVs and gift cards from The Home Depot. The treasure hunt boosted traffic and kept it consistently high for the event’s first five days. “I think that was the biggest driver,” says Kathy Seegebrecht, vp-marketing and brand at Navistar. “It was simple and easy, they had four or five places they had to go every day, they were different every day and it was for a different drawing every day. So that definitely drove behavior. And it was an added benefit for suppliers that we sent more people to their virtual booth every single day.” Attendance to Navistar’s virtual expo was four times higher than past live events with over 1,600 people from around the world participating (Agency: Gerard Design, Warrenville, IL; Virtual Platform: Design Reactor, San Francisco).

Offer a Helping Hand. Early adopter brands like HP, Cisco and Microsoft were among the first to embrace virtual experiences but today’s platforms are so intuitive and accessible that even late adopters can jump in and ramp up quickly. To help smooth the transition from live to virtual for its core audience—truck drivers and truck dealers from across the country—Navistar’s virtual expo featured a help desk for attendees who needed a little extra TLC. The help desk received calls on the first two days of the event, but by the end of the week there were virtually none. “It was easy to use; if not this group of people probably wouldn’t have adopted it,” says Seegebrecht. The expo was so user-friendly that truckers were pulling over and attending the virtual event from the cabs of their 18-wheelers.

Show Them Around. This April, financial management firm Ariba traded in its annual live event for its first-ever virtual event. In the weeks leading up to Ariba LIVE 2009, Ariba hosted webcasts that walked prospective attendees through the online environment to show them what to expect at the show. “[The training] makes such a difference in how they think about it and how they talk about it,” says Traci Oziemblowsky, senior manager-global corporate events at Ariba. “We even made a video for our website ahead of time so people could click on it, walk through and understand what they were signing up for” (Agency: Cramer, Norwood, MA; Virtual Platform: Unisfair, Menlo Park, CA). To further warm up its audiences, Ariba kicked off the two-day event with a pre-recorded greeting by the company’s cmo. He welcomed attendees to the show, “walked around” the virtual space and directed attendees to the virtual environment’s three main attractions: the keynote, breakout sessions and the exhibitor show floor. The event drew over 2,500 unique registrants and the virtual environment got so many hits in the months after the event that Ariba kept it live and on demand for three additional months.

Give it the Human Touch. Virtual platforms can be built from scratch to look and feel just like a real-world event but many off-the-shelf platforms offer plenty of electronic features designed to mimic real-world interactions. Ariba posted high-quality pre-recorded seminars and keynotes at its virtual event and then hosted live Q&A sessions with the speakers after each presentation. “They looked really good,” says Oziemblowsky. “They blew people’s expectations away when they went on site because most people thought, ‘Oh, it’s a glorified WebEx. We’ll pop on and we’ll pop out.’ You can do virtual at a smaller scale but we did all the bells and whistles to make sure it felt like the real event.” Ariba also had live experts working the event’s chat forums, prompting questions and exchanging questions with attendees. While nothing can replace a handshake or a face-to-face meeting, most virtual events also offer one-on-one communication features, like virtual chat rooms, networking lounges and live chats at exhibitor booths. Design Reactor’s platforms, for example, feature a universal chat engine. It allows attendees to chat anywhere with anyone within the virtual environment. Virtual event provider Unisfair recently announced that its virtual platform will offer Skype. Attendees will be able to add their Skype name to their personal details and click “Skype Me” to start a video chat with fellow attendees. Even as reluctant first-time virtual event attendees, Navistar’s truckers jumped right into the conversation. About 70 to 75 percent of all attendees used the chat feature, a high chat-to-attendee ratio for virtual events. “The truck market is not the most progressive, but they took it up because it was so easy,” Navistar’s Seegebrecht says. “It was easy to guide around, you point and click where you want to go. Nothing was complicated, there was all kinds of training available and they could, and did, chat.”

Give Them Options. Hybrid events (programs that combine virtual and live components) can offer first-time virtual event attendees the chance to test the waters before going 100-percent virtual. IT products distributor ASI executed its first virtual event in May. The ASI Virtual Tech Expo featured an exhibitor hall with more than 25 vendors and a series of six educational seminars. The global virtual event was designed to complement ASI’s live multi-city road show and to broaden the brand’s reach beyond what budgets and geography would allow. “Having that kind of ability to go beyond where you just have your core location is a tremendous use for the virtual show,” says Kent Tibbils, vp-marketing, ASI Corp. More than 730 attendees—double ASI’s projections—came to the virtual event. The hybrid approach not only drove a high turnout online, it helped drive its live event customers back to the virtual environment. “If they saw something at our live event but maybe wanted more information, they could come back and find data they were looking for at the virtual show,” says Tibbils. “It brings the live show into the virtual world a little bit more for us. It integrates the two things closer” (Virtual Platform: ON24, San Francisco).

Personalize It. Most virtual environments give attendees the tools to create a virtual persona. Some attendees simply upload a photo of themselves to a profile they create for other attendees to see. Others create more elaborate, 3D avatars that depict them as true representations of themselves, as animals or as other fantasy creatures. Offering your attendees the chance to customize their profiles not only brings a bit of the live experience to the computerized world, it drives participation and adds an element of fun. “[The avatars] help add a little bit more personalization,” says Tibbils. “It was a nice feature to include.” EM