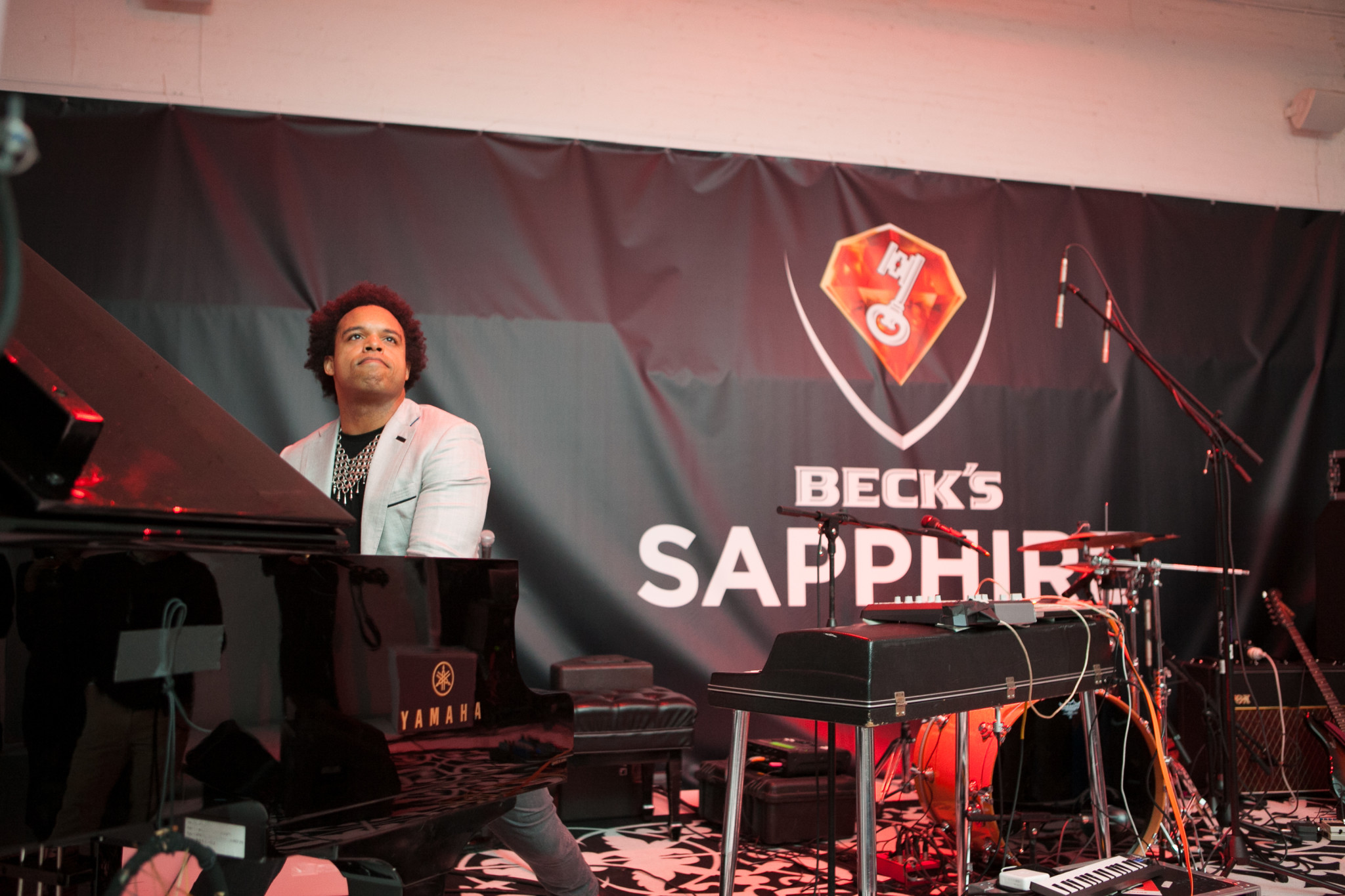 Case in point: the U.S. launch of Beck’s Sapphire, a premium beer made of German “sapphire” hops that hit the States on New Year’s Eve. Its marketing strategy reached millions of fans cheering from their Barcaloungers with its curious “No Diggity” Super Bowl ad. And few could escape its massive, 23,000-square-foot billboard hovering above New York City’s Times Square. But Sapphire also engaged the well-clad crowd at Mercedes-Benz Fashion Week and sponsored more intimate pop-up affairs inspired by jewelry stores. The two-pronged approach helped introduce the new beer to the States while reaching trendsetters with just the right tone.

“When we are launching a brand like this, there are definitely different marketing levers that we pull,” says Chris Curtis, brand manager at Beck’s. “The Super Bowl ad and the Times Square billboard are really big, massive awareness [strategies] that communicate the scale of the product. It keeps it approachable. But then we do event marketing to provide us the high-end image that we are looking for and that consumers aspire to be associated with. We really couldn’t have the one without the other.”

The target audience for Sapphire, which comes in a black bottle that took two years to perfect, is the discerning consumer who appreciates the smooth finish of an upscale beer. It is sold in high-end clubs, bars and restaurants and premium grocery and liquor stores.
Taking a cue from its gem-inspired name, pop-up events took place in prime locations in four markets important to the brand—Beverly Hills in Los Angeles, Chicago’s Michigan Ave., Miami’s South Beach and SoHo in New York City. German artist Maritz Waldemeyer created the luxurious environments, which featured window displays of the beer styled like a piece of jewelry. Inside, taking his inspiration from the black exterior of the bottle, Waldemeyer continued the elegant theme with an avant-garde art piece in a geometric shape that evokes the sapphire. Attendees at the SoHo pop-up sampled the beer and listened to rock-jazz pianist ELEW, who performed at the presidential inauguration, and Australian disco artist Chet Faker, who was the voice of the black goldfish singing “No Diggity” to the bottle in the 30-second Super Bowl spot (Agencies: Moderne Communications, New York City; Mosaic, Chicago; Group 360, St. Louis).

“We brought in a variety of talent—musicians, friends of the brand, celebrities, tastemakers—at each of these events, which are absolutely critical and allow us to talk about the brand from a one-on-one standpoint with people who are very influential,” Curtis says.

Despite their small VIP-only audiences, the intimate pop-up events maximized their presence and p.r. value in each city, which contributed to Sapphire’s large-scale brand awareness objectives. In L.A., for instance, the brand filmed a video in which model Ivana Korab walks an exotic black panther adorned with a necklace with a rare sapphire gem down Rodeo Drive through the Beck’s pop-up to deliver the gem to its proper place in the art installation. She is wearing apparel by Hugo Boss and the video was shot with Leica cameras, two fellow German brands that have partnered with Beck’s.

As official beer sponsor of Mercedes-Benz Fashion Week, from Feb. 7 to Feb. 14, Beck’s Sapphire offered up a mix of tastings, exhibits and after-parties for fashion designers. On-site in Lincoln Center was a small bar area with beverages for purchase, and an occasional dj. “Fashion Week is a big platform for us, so we activated not only on-site but at other private parties or on-premise accounts, sampling the brand throughout the week,” Curtis says.

Just a few weeks into the campaign, Curtis reports that results are exceeding expectations, and events will continue throughout the year. The partnerships with Hugo Boss and Mercedes-Benz will keep Sapphire visible in the coming months, and the brand will return to Fashion Week in the fall, then head in December to Art Basel Miami with Leica. Prost! EM