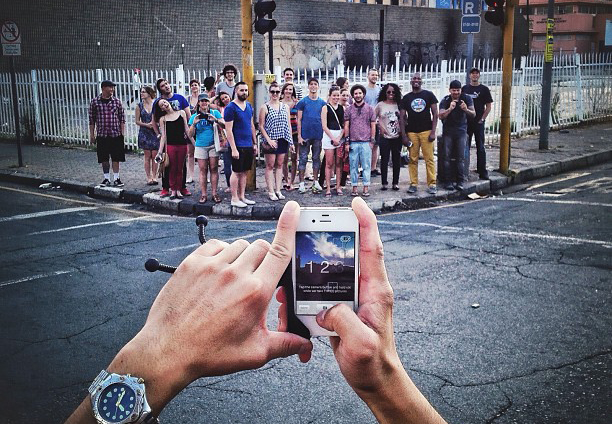 We’ve heard of Twitter tweet-ups and Meetups, but the White House a few weeks ago helped shine a spotlight on another meet-up trend: the InstaMeet for Instagram. On March 21, America’s most famous address opened its doors to a select group of Instagram users for the 11th Worldwide InstaMeet, selecting 20 Instagrammers from an applicant pool of 1,500 to tour areas of the White House with Chief Official White House Photographer Pete Souza.

What are InstaMeets? They are Instagram gatherings and networking opportunities, typically held with a specific location or purpose in mind. Instagram estimates more than 1,000 InstaMeets have occurred in 70 countries in the past year. To generate buzz and encourage participation—and use of the platform—Instagram promotes Worldwide InstaMeet weekends.

For the White House InstaMeet, users applied via a now defunct microsite to be selected to join, and then spread the word using #WHInstaMeet. Souza led the event as the group toured and learned about White House history, art and architecture with their fellow followers. (This wasn’t the White House’s first InstaMeet; President Obama and the First Lady hosted one in their official garden in 2013. But this was the first-ever InstaMeet to take place inside.)

From an event marketing perspective, InstaMeets tap into a growing trend towards using events as platforms for content generation. Here, a quick look at three more brands (America is a brand, right) that have leveraged InstaMeets to drive buzz through exclusive content and experiences:

• Toms: Toms is known for its “One for One” mission—someone buys a pair of Toms shoes, and another pair is donated to those in need. For an InstaMeet in 2014, Toms partnered with a Los Angeles photographer to host an InstaMeet at the brand’s flagship store in Venice Beach, CA, and tied a charitable activity to it. Instagrammers shot photos and then helped clean up trash in the area.

• Lucky magazine: During Mercedes-Benz Fashion Week last year, Lucky magazine hosted an official InstaMeet designed to give fashion fanatics a look behind the catwalk. Fifteen users were invited to join and snap away with #LuckyInstaMeet.