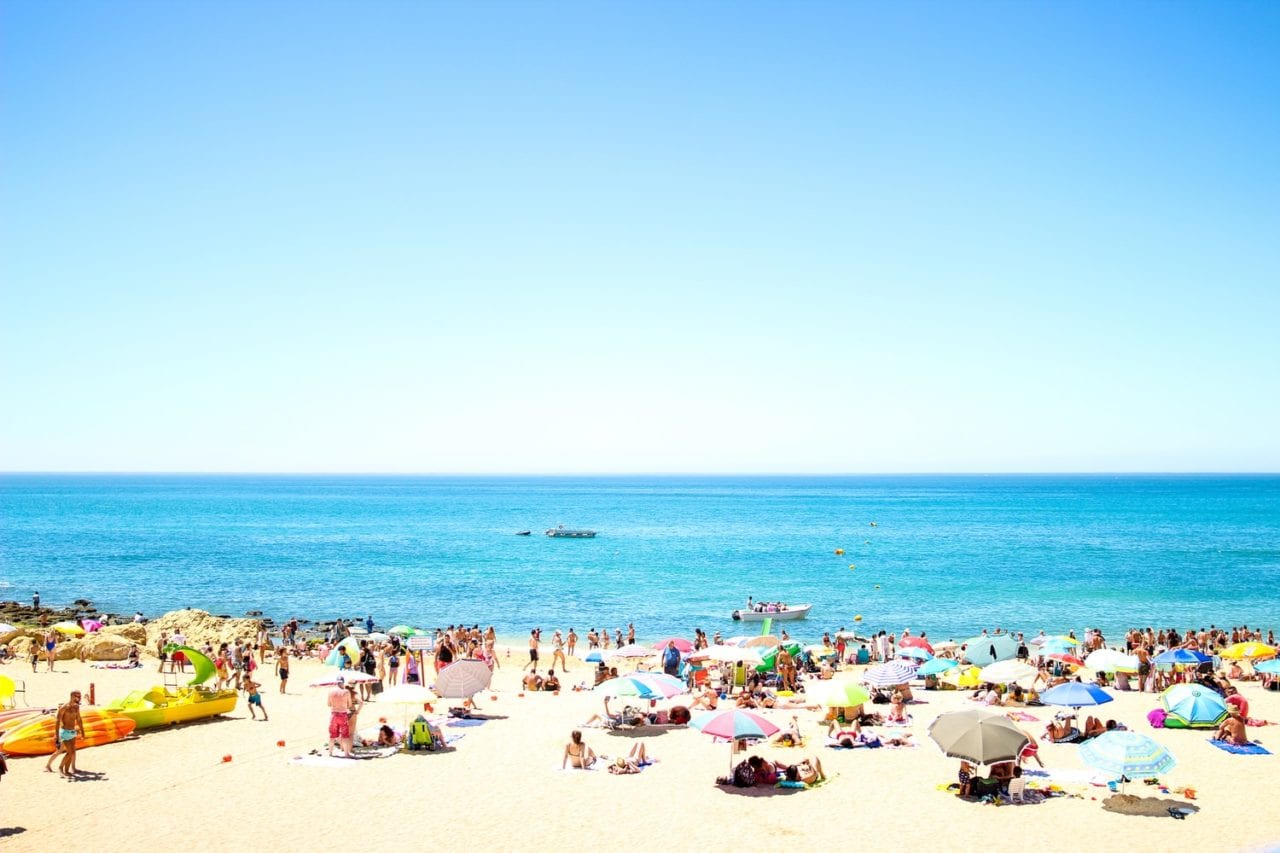 With so many schools spread across the country getting your brand in front of college students can be a challenge. For many there’s no better place to make marketing magic than on the beer can-lined shores of exotic destinations such as Fort Lauderdale FL and South Padre Island TX.

Spring Break is a marketer’s heaven. Students are in chill mode totally relaxed willing to listen and up to try just about anything. They’re also strapped for cash and hungry for freebies. But the bottom line is that students are at Spring Break to have a blast. The cooler the activation the bigger the chance Spring Breakers will stick around to find out more about your brand. So free stuff is a go and so is treating the crowd to top-notch entertainment like interactive games and free concerts. With students back to school and hopefully sober by now let’s take a look back at the biggest and baddest activations of Spring Break 2008.

Panama City Beach FL was the hot spot this year. Jockey was one of many brands that traveled there in March where more than 400 000 went wild.
Jockey’s big goal was to promote jockeyunderwars.com and stopsquirming.com the two microsites it created with the Gen Y crowd in mind. The Jockey camp was divided into two areas on opposite sides of the beach—Underbeach and Underball. At the Underbeach tent students could play a game of Undershot—a basketball-type game that requires players to roll up Jockey underwear or t-shirts and slam them into a hoop reminiscent of a hamper.
Emphasizing the microsites Jockey added Underaccess laptop stations where students could check out the sites including an underwear dance-off. (Jockey is giving away $25 000 to the best video of a consumer dancing in his or her drawers.) Students could also simply chill out and catch NCAA playoff games on plasmas.

Outside Jockey created a beach oasis with palm trees and hammocks made out of its underwear.
“Everything we’re doing at Spring Break ties back to the website ” says Patty McIntosh Internet marketing manager at Jockey. “Spring Break is a way to build a relationship with this group and have them visit us online to hear more about our product which later will translate into a consumer database.”
On the other end of the beach Jockey hosted Underball at Sharky’s Beach Club. Underball a mix of baseball paintball and dodge ball was played on a fully branded gladiator-style arena. The brand also sampled at the Top of the Gulf Hotel—where the guests received gift bags at check in and a voucher redeemable for a pair of underwear. Kids who wore the underwear and showed it at the door got express entrance into a Thursday night bash (Agency: Mr. Youth New York City).

It’s no secret that Victoria’s Secret makes girls and guys go wild. At Spring Break ’08 it went all out giving away 10 000 commemorative branded bathing suits to all Spring Breakers staying at the Holiday Inn Sunspree Resort in Panama City Beach. (Sweet!
Those VS bathing suits don’t come cheap.) On the beach VS roamed the area looking for girls either wearing their commemorative Spring Break swimsuit or any other VS swimsuit. It selected 12 girls to model their suits on stage during three fashion shows held on the beach.
“Last year we checked out Cancun but at Panama City Beach it’s all about Spring Break ” says Page Morin merchandise manager-swimwear at Victoria’s Secret explaining that in Cancun there is a more diverse set of vacationers.

As for Panama City Beach “You get a pure Spring Break audience here.” (Passion Group Manasquan NJ handled for VS and the brands that follow.)
U.S. Army
You could say that the U.S. Army is a Spring Break veteran. At Panama City Beach for the ninth year the Army created activities with its core principals in mind—team building leadership skills and endurance. One way it challenged students was with a 75-foot climbing wood tower which generally requires a team of two to reach the top. But the main purpose for the U.S. Army presence was to recruit. Doing it at Spring Break gives the Army a chance to engage with students in a more laid-back environment.
“It’s a rich environment of folks in our prime market ages 17 to 24 ” says Tom Tiernan chief of outreach and event marketing at U.S. Army sessions command. “We have a chance to connect with a million college and high school students to share all the opportunities the Army provides. Students are down there looking for things to do and they’re open to doing things. They’re not under pressure to get to class or attend other social engagements.”

New this year the Army switched over to collecting leads by gathering students’ information via laptops and handheld devices. The information was then distributed to recruiting centers nationwide within an hour. It also set up sports zones with flat screen TVs pool tables ping-pong tables and video games. Plus it gave away branded merchandise like t-shirts and beach chairs. At the Holiday Inn Sunspree lobby the Army created an Internet café zone where Spring Breakers could scan photos and email folks back home. To access the email options students had to enter some information and were directed to goarmy.com.

The National Guard threw a free Three Doors Down concert at Guard Beach at the Days Inn Paradise Palms Resort in Panama City. The beach area was fully branded for an expected 5 000 to 10 000 students.
The NG also created a chill out zone with newspapers flown in daily from around the country laptops and desktops where vacationers could check email and surf the web.
Xbox 360
Microsoft Xbox 360 rocked the house with a battle of the bands.

Under a branded tent on the beach Spring Breakers formed bands and competed against each other on electronic guitars and drums. At night the finalists were brought back to the Microsoft Xbox 360 Rock Band Room at Club La Vela where they battled it out for the top spot. The battles were held during the breaks of the two main sets. The winners received Xbox 360 prizes.
Geico
Who doesn’t love the moody Geico Cavemen? The company flew the popular characters down to chill at a replica of the Caveman Crib complete with 50 flat screen TVs and Xbox games. Geico landed not only in Panama City but also in South Padre Island TX and Lake Havasu AZ.
Down at Club La Vela in Panama City the cavemen mingled with the crowd and hung out at the pool. Geico threw a private party at Club La Vela with a concert by the Ying Yang Twins. The Cavemen announced the band to a crowd of 5000.