The State of the Tchotchke – Event Marketer 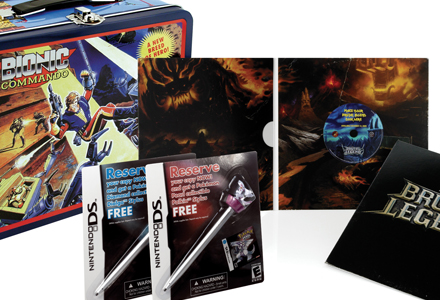 The State of the Tchotchke

It can be looked upon as a throwaway element, but if that’s your promotional product modus operandi, you are probably just throwing away your money. If handled properly, the stuff you give away can come back to you in the form of brand loyalty and ROI. But the promo industry is in flux, with new laws restricting giveaways and popular outcry against waste, and while going green might make you look good, it also might be less green than it is a red herring. With all this in mind, EM brings you its State of the Tchotchke report.

The biggest issue, like with most industries, is still the economy. When budgets were slashed last year, one of the first and most enduring hits was to the promotional products industry. Marty Bear, president-Professional Marketing Services, Inc. (PMSI), says some of the verticals are coming back, and he’s seeing a lot more people taking promotional items at events for personal use. But it’s not the same free-for-all it once was. According to exit surveys, many of the biggest takers are attendees who are unemployed and can’t afford supplies for their home offices. Also grabbing their share of notebooks and pens are employees of companies that are keeping the supply budgets tighter, while staffers at companies with bigger budgets are leaving the stuff on the table.

Tom Havens, president of Seattle-based promotional products agency Catalyst Marketing, says a premiums distributor has to become a full-service partner to clients to avoid their products being labeled “landfill.” “To survive, a distributor has to own the idea—look at the client’s strategic goals and create an item to fit well with those goals,” he says. “Creative has to be more than just selling an item.”

The brands agree. To make a promotional item a worthwhile investment, it has to make an impression on the target consumer or client, and a branded pen or notepad won’t do it anymore. “We’ve moved away from the ‘t-shirt and keychain’ mentality for promotions,” says Josh Margulies-trade marketing manager at Logitech, which manufactures computer peripherals. “Now we try to create something, but it is important to try to be frugal at the same time.” Margulies looks for items that are less than $5, though custom doesn’t always come cheap.

“The key is to link the item to a product,” he says. “People usually have more of a relationship to your products than your brand, unless your brand is so pervasive it stands on its own.” But those are few and far between, he says.

One issue that comes up over and over again is the perception of waste. Many consumers see giveaways as throwaways, unless they are handled with savvy strategy. Havens says it is important for marketers to ask themselves in the early planning stages of each campaign, “What is the target’s impression of me and what do I want them to think of me?” Then decide what to give them that will reinforce that message. “That’s the difference between an item that helps you and landfill,” he says.

According to Margulies, creativity is the best way to avoid waste and the appearance of waste. “If someone is proud to wear it or use it or display what you gave them on their desks, then they won’t throw it away,” he says.

It is an easy leap to take from avoiding waste to going green, but Bear says that’s not always the best tack. “The green thing is about p.r. The materials we use in manufacturing are basically the same as always, it’s just a matter of letting people know that they are made with recycled materials,” he says. “Everyone is trying to legitimize what they give away.”

Most consumers don’t care if it’s eco-friendly, according to Margulies. More important is whether the item is cool enough to keep. “It is a concern for us, but not a major one,” he says.

For Havens, it comes down to what the client wants to spend. “I find out what matters to them,” he says. “If they want biodegradable tote bags, I provide a variety of options and they decide how much it’s worth.”

But the overarching question remains: Does that tchotchke really matter to the target, and does it help to move the sales needle?
“If you ask people, ‘Do you need this?’ they’ll say no,” Havens says. “But from a marketer’s standpoint, the more important questions are, ‘Do you like it, want it and use it?’ to which most will answer yes, if the product is well and strategically designed.”

When he worked as promotions director for Capcom, Margulies gave away red bandanas to promote pre-orders of a new Street Fighter game title. The bandana was modeled on a headband worn by a character in the game. “People went apeshit over it,” he says. “It cost like 50 cents and we had double the pre-orders we anticipated, partially because the fans wanted that bandana.”

With more than 22,000 distributors out there, all vying for the same business from about 4,000 suppliers who are selling to a smaller list of brand and agency clients, the heat is on. So the key for brands is to look smart and buy based on the program and target’s needs. The age of the throwaway giveaway is over.
“Ask yourself, is what I’m handing out effective? Is it integrated?” Havens says. “Is our supplier just a purveyor or a strategic partner in advancing our message? Because if not, then they don’t add value to your program.”    EM