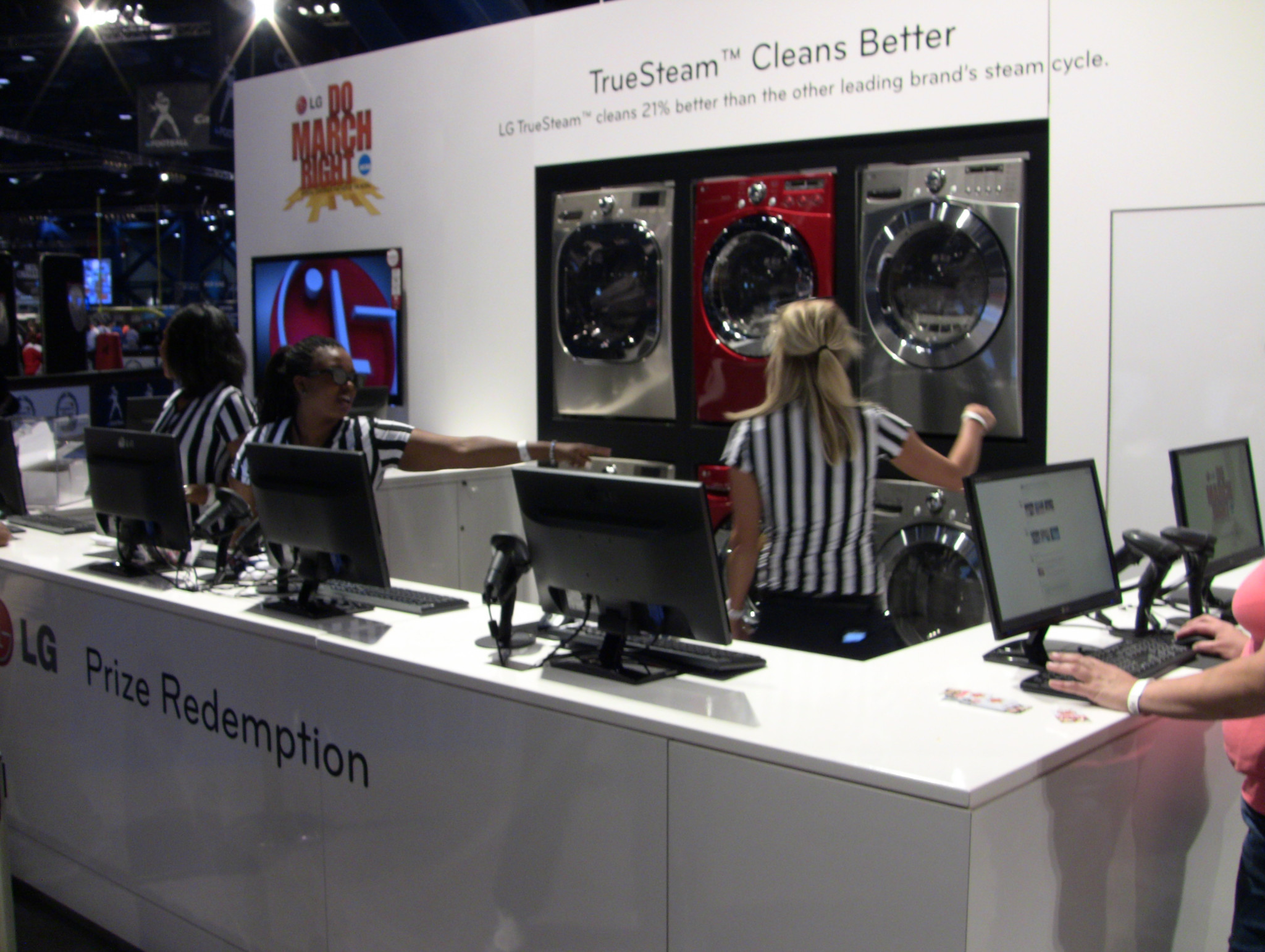 The numbers are in for the LG Experience at the NCAA Final Four Bracket Town fan experience this March, and LG says it was a winner. A barcoded, scannable Fan Pass allowed LG to track attendee activity, time spent in the exhibit and areas of interest, and post event data showed that there were more than 34,000 swipes of the pass inside the electronics brand’s 5,000-square-foot space, which spotlighted LG’s new line of 3D televisions, mobile phones and home appliances. A Facebook push at the entry to the Experience helped double the brand’s “likes” on Facebook during March Madness.

The first activity station, and the first chance to check in, was at a green-screen photo activation that invited guests to download their photo from the LG Facebook page after it was taken. In other stations, guests could see themselves in 3D, race the clock to do household chores and spin some tunes on LG phones. At the end of their visit, staffers checked the guest’s Fan Pass and issued prizes ranging from headphones to a branded swag bag, depending on how many activities they had completed. In addition, the brand partnered with 65 local retail partners, representing thousands of individual stores, to drive sales around March Madness. Once Bracket Town was over, LG also earned some local love by donating the appliances from the kitchen and home areas to the United Way of Houston.

“This is the way to tap into the passions of spectators and convert that passion to our brands and products,” Michael Goldstein, manager-consumer promotions and sponsorships at LG, told Buzz. “We have found it to be a success for us.” Agency: Sparks, Philadelphia.