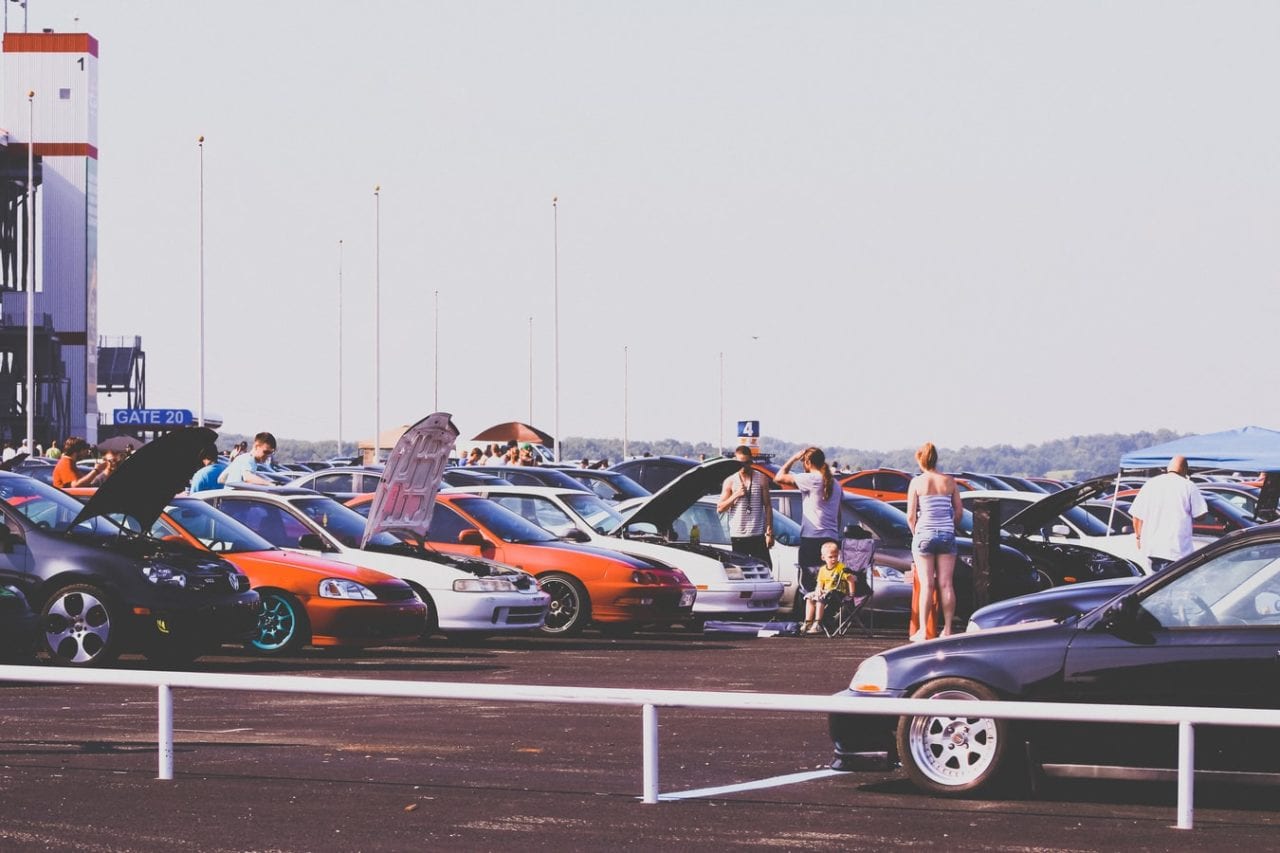 At 10:45 p.m. last Tuesday the night before the show’s media preview the Sky roadster was revealed on top of the marquee on the Hard Rock with rock group Camp Freddy (that’s Dave Navarro’s new band mister) playing up on the roof. At the same time the Aura sedan and the Outlook SUV were elevated out of two large black boxes with a fog machine providing some rock ‘n’ roll ambience.

“We wanted to do something for the public to show that Saturn is changing quite a bit ” Scott McLaren Saturn’s advertising manager told Buzz. “This was something we’ve never done before and no one else has put a car on top of the marquee at the Hard Rock. We were setting out to make a splash and we did.” McLaren said Saturn has seen a “huge increase” in web site traffic since the event.