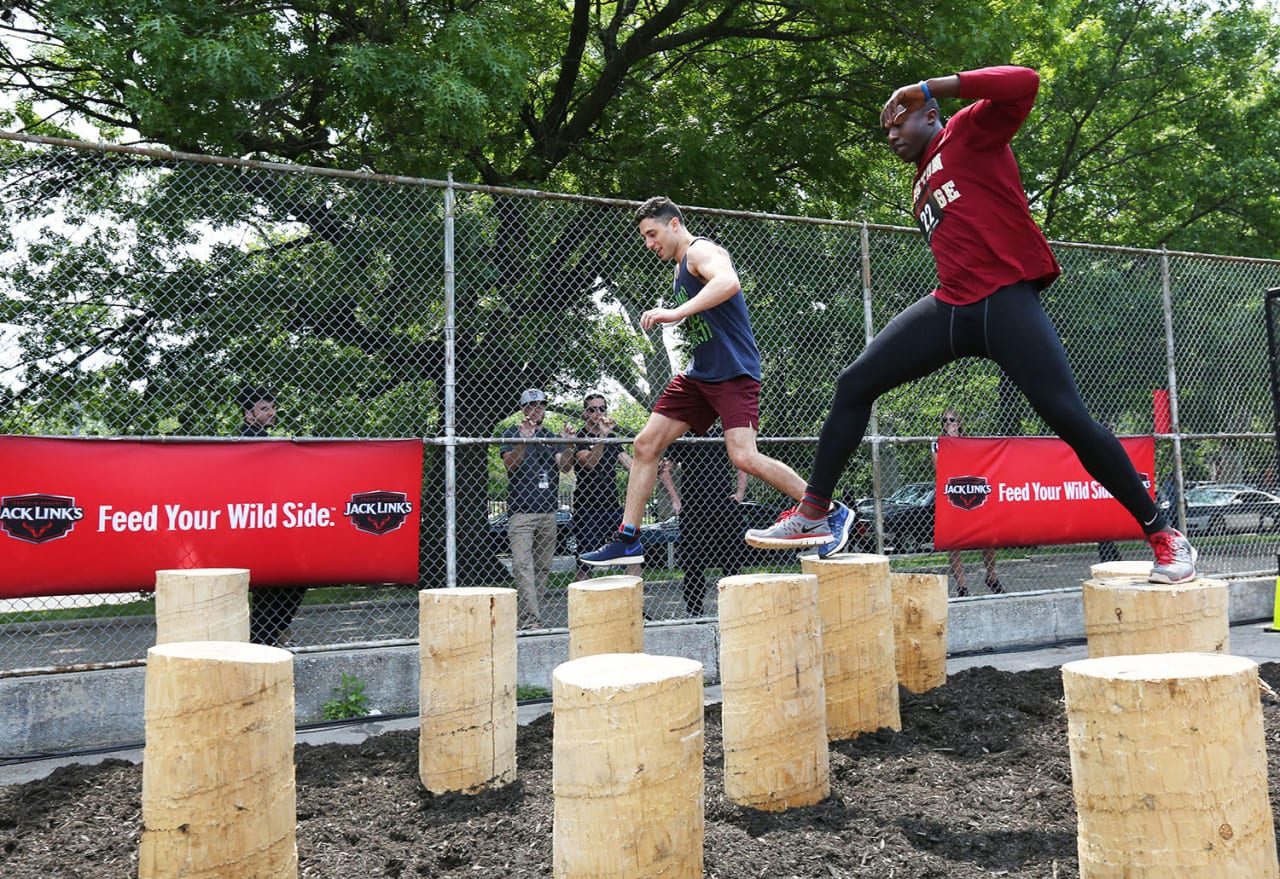 Jack Link’s beefed up its sponsorship of the Brooklyn, NY-based Northside Festival (June 11-12) with a 612-foot long obstacle course that encouraged consumers to tap their primal side. Dubbed the Ultimeat Meatathon, the activation paid tribute to National Jerky Day—and EM was there to capture the action in all its meaty glory.

The event marked Jack Links’ fifth year celebrating National Jerky Day—a holiday it dreamed up in 2012 to commemorate Americans’ love for the meaty snack. With several jerky activations under its belt, the brand took a different approach this year, replacing wacky stunts with an interactive physical challenge that highlighted the activation’s health and wellness theme, which played off of the brand’s tagline, “Feed your wild side.”

“What we wanted to do this year was not only to feed people’s wild side but fuel their wild side,” says Johnna Rossbach, director of marketing integration at Jack Link’s. “The goal this year was to show people that not only can you have fun, but you can have a really healthy snack that fuels whatever activity that you’re doing.”

And what an activity it was. Consumers began the Ultimeat Meatathon obstacle course by taking on the Forest Stump Jump where they were challenged to make their way across a field of stumps without touching the ground. Next, participants could opt to navigate the Jerky Traverse Climbing Wall or drop and perform 10 burpees in the Squatchie Zone.

In the next challenge, contestants took on the Feed Your Wild Side Jump by scaling a cargo net up to a platform, then taking a leap and landing on a giant branded cushion dubbed the “meat cloud.” From there, the competitors dropped down on all fours to make their way through the Jerky Crawl maze, then moved on to the Hangry Gauntlet, where they swung their way through a series of meat-shaped punching bags. Phew. We were exhausted just watching.

After they crossed the finish line, the names of participants with the fastest times were added to a large leaderboard comprised of three categories: female, male and Sasquatch. From there, they could participate in a stump-themed photo op, snack on jerky samples, snag free swag and, for leading competitors, receive a meat medal. That’s right—a medal made of meat.

“This company is rooted in face-to-face, one-on-one marketing,” says Rossbach. “Because our brand personality is all about feeding your wild side, the best way to convey that is in person. We’re not just putting TV spots out there. We are really about the consumer. It’s inherent to the brand.” Agency: In-house.