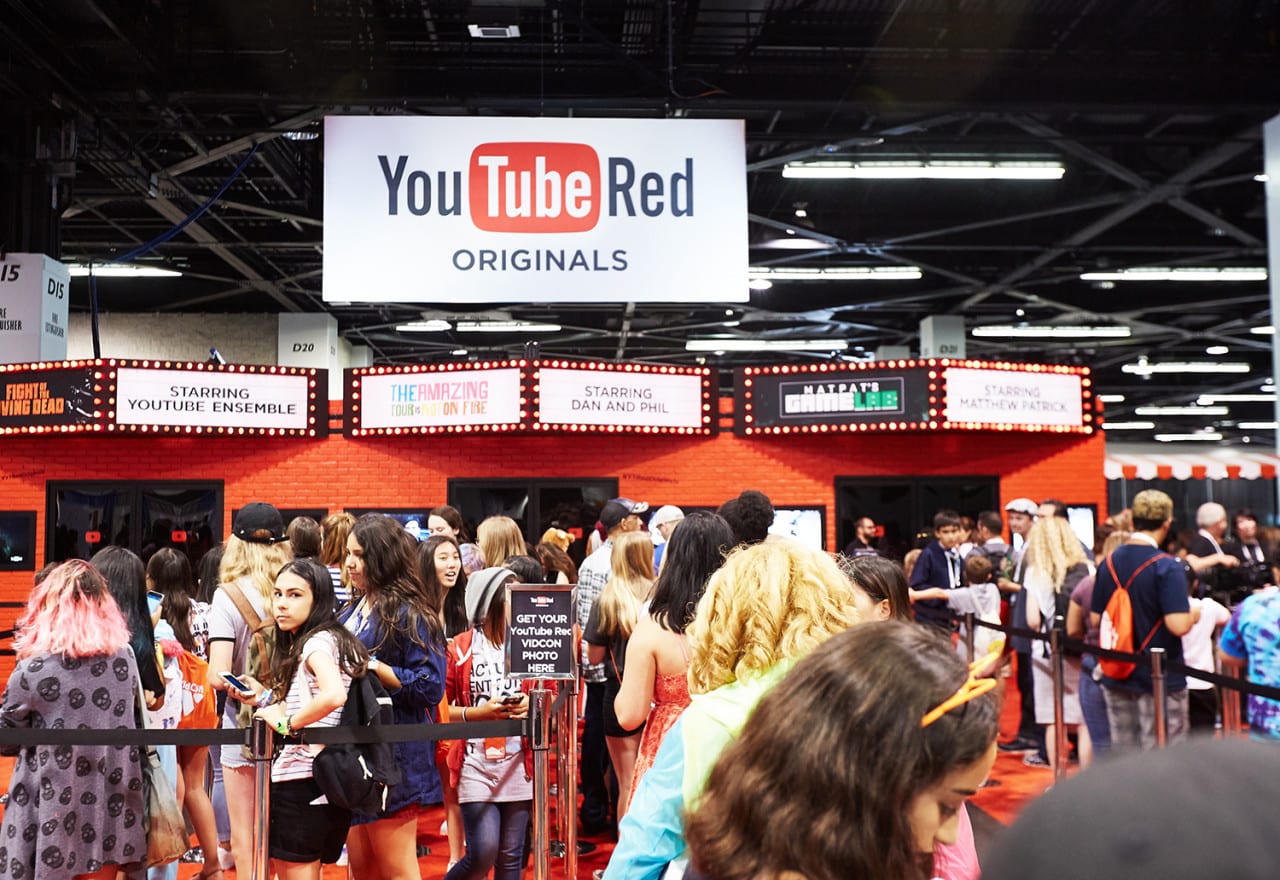 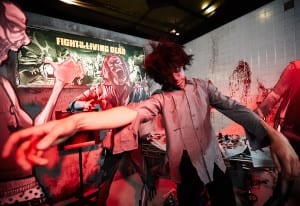 The “Fight of the Living Dead” vignette included zombie actors.

In its biggest VidCon activation yet, YouTube immersed attendees in the original programming available on its paid streaming service YouTube Red through explorable vignettes on the convention floor. The activation at the online video conference, June 23-25 at the Anaheim Convention Center in Anaheim, CA, housed 10-foot by 10-foot movie-quality sets complete with special effects, video and music, along with live characters, and a camera that snapped fans “inside” the scenes. YouTube Red original programs include big-production movies and series from YouTube’s top creators.

The exterior of the activation looked like a classic movie house with a brick façade painted YouTube red and the platform’s signature play button featured on the tinted double doors. Above the doors, marquees featured the name of the shows on one side and “starring” and the creator’s name on the other. Behind the tinted doors, fans stepped into the series, like the “Fight of the Living Dead,” decked out like a zombie hospital complete with zombie actors. The scene, with the fan inside it, was photographed and branded with YouTube Red as a takeaway and to share on social media.

In a separate area, fans were invited to “duel” each other in medieval period gear in a sword-fighting course created for “MatPat’s Game Lab,” in which host and YouTube creator Matthew Patrick (MatPat) recreates memorable gaming moments in the physical world and breaks down the science and logic behind them. Winners of each match had their photo snapped on the castle podium.

On top of the photo activations and first-person sharing by attendees, YouTube was able to drive subscriptions to YouTube Red via a sign-up desk on-site. In addition, the brand hosted a creator mixer on Thursday night, conducted its annual keynote and offered a YouTube Red members-only meet-and-greet with MatPat on Saturday at the show.

“The VidCon audience has a very intimate relationship with creators, it’s very one-to-one, it’s very exclusive, they know them extremely well and they know these creators often times better than they know brands,” says Zachary Papale, brand experiences and marketing strategy at YouTube. “We decided this year to have fans be able to get inside the posters for our upcoming releases. Instead of having something you stand in front of, we wanted you to go inside it and have a more intimate experience with it and a more intimate experience with the creators.” Agency: MAS Event + Design, Brooklyn, NY. 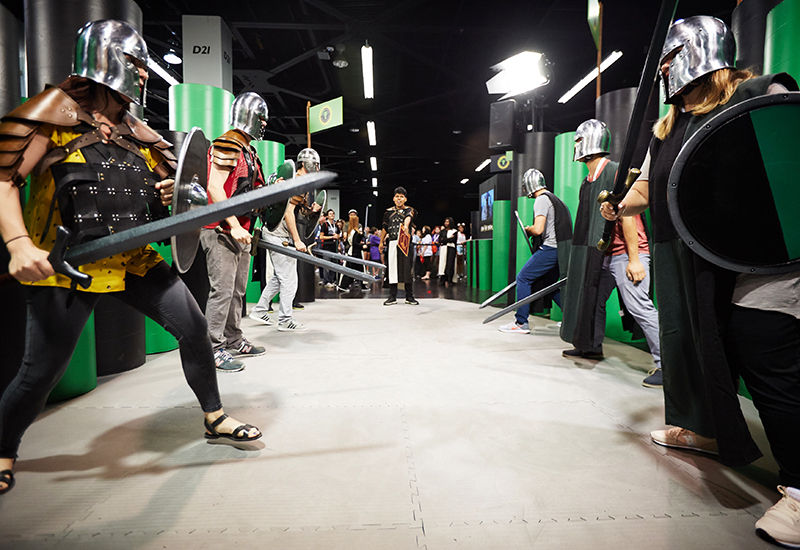 Fans were invited to “duel” each other in medieval period gear in a sword-fighting course created for “MatPat’s Game Lab.”