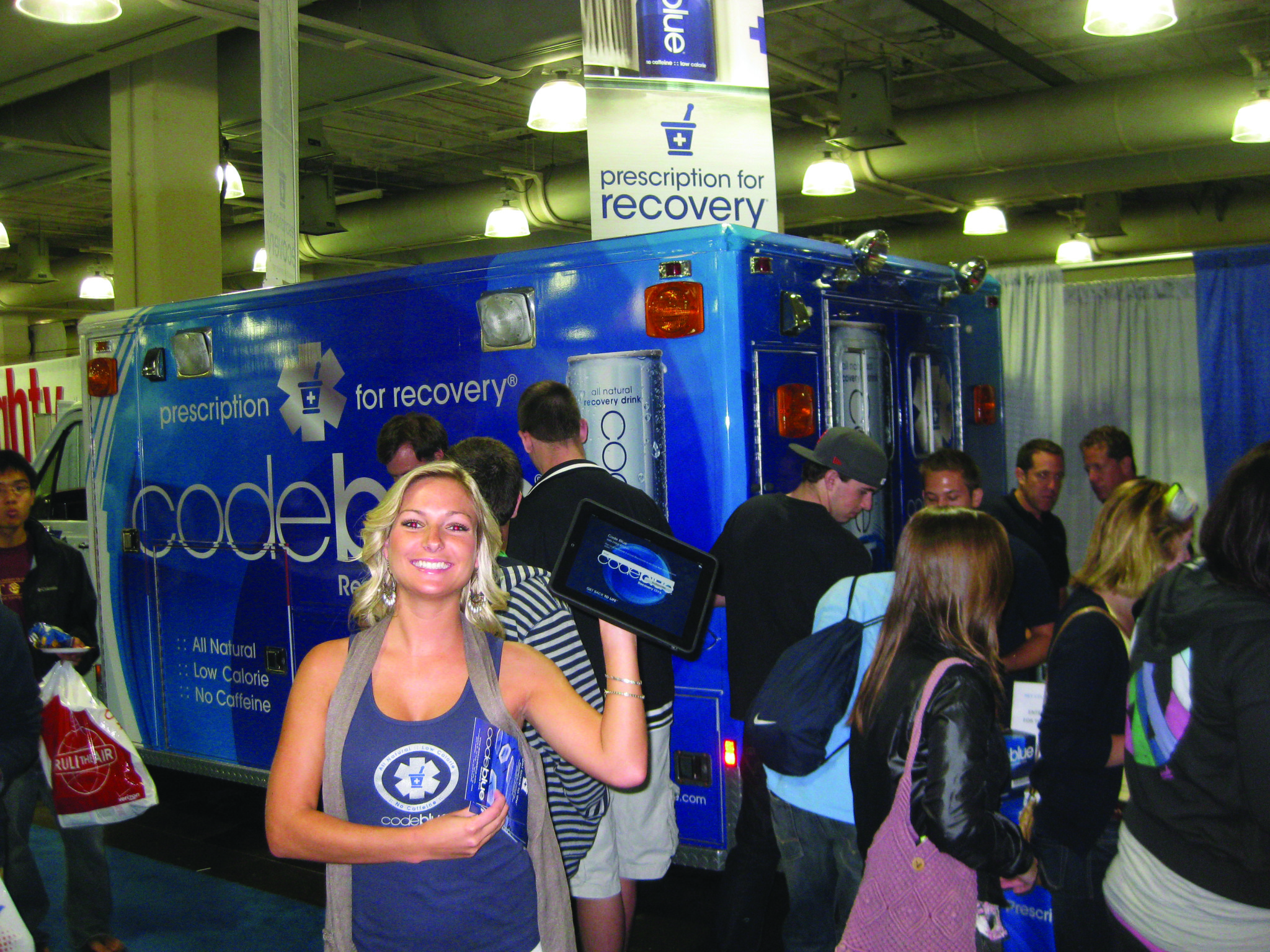 Brands Use iPads to Impress

Since the iPad launched, more event marketers are making it the handheld of choice for their events, especially for street programs designed to drive traffic online.

The appeal of the iPad is not just rooted in its high-tech capabilities and large screen, but also in its light weight and sleek design. Brand ambassadors are finding that they’re more connected and nimble, and some have even reported holding two iPads at the same time as consumers punch in their information on the touch-based keypad. (Two for the price of one—woo-hoo!) And, let us not forget a certain cachet associated with the gadget.

“There’s still a slight fascination with the iPad,” says Jessica Murphy, svp at New York City-based agency The Michael Alan Group, which recently handled the Sundance Channel’s street program to drive people to its “Girls Who Like Boys Who Like Boys” series Facebook fan page. “Not everyone has interacted with an iPad, so it gives people an opportunity to play with it.”

From Sept. 13 to 15, the network’s brand ambassadors canvassed the streets outside Lincoln Center during Fashion Week and served passersby Illy gourmet coffee, hot chocolate, tea and biscotti from a parked, branded food truck. The street program was an extension of its Facebook fan page, which Sundance used to post the truck’s location and invite consumers to stop by.

In addition to the two staffers manning the truck, seven brand ambassadors wearing branded t-shirts and black jeans hit the pavement handing out branded silicone bracelets that said “No Prop 8” on one side and “GWLBWLB” on the other, along with the Facebook URL. The team also gave out postcards with details on the Facebook program, tune-in information and a menu for the truck. Some of them carried iPads to show consumers the Facebook page and encouraged them to become fans on the spot, which included a 25-cent donation from Sundance towards Freedom to Marry, a marriage equality advocacy group.

“The iPad allowed us to show a video to our audience, get them to sign up right then and there, and post their stories,” says Shari Weisenberg, svp-marketing at Sundance Channel. “We were seeing immediate responses from the people who had signed up.”

The iPad is also a good choice for data collection, says Jeff Frumin, ceo and co-founder of recovery drink Code Blue. At this year’s CollegeFest at Boston’s Hynes Convention Center organized in September by New York City-based youth marketing agency Mr. Youth, Code Blue brand ambassadors snapped pictures of students in front of its branded ambulance and then uploaded them to Facebook on iPads. Students could comment and share their photos with friends on the spot. They were also encouraged to sign up to be a Code Blue brand ambassador on their campus.

“We created an iPad app to capture everyone’s name, email and school and then followed up with an email, thanking them for attending and asking if they were interested in becoming brand ambassadors,” says Frumin, who also favors the iPad because it can send emails and has a customizable background, which adds a personal touch when consumers come up to put in their info.

Keith Puckett, senior partner at New York City-based staffing agency Method Models, has seen an increased demand for programs with iPads. To meet the demand Method trains subsets of brand ambassadors to do more technology-based events. It’s not rocket science, he says, but street teams need to be comfortable with the technology since the iPad is new and some consumers may not be savvy enough to navigate it without guidance. Method has also bought a dozen or so iPads for its office in case an event agency or brand doesn’t have them on-hand. He says the iPads are pricier than a PDA or PC tablet, but it’s a worthwhile investment, since they can be reused at events or internally.

“We did a lot of work with our brand ambassadors about 18 months ago in the Apple products category, because much of the work we were getting required it,” Puckett says, explaining that the iPad has become appealing not only because it’s faster and easy to manipulate, but because it can pique a consumer’s interest. “It’s new, it’s flashy. It’s a better conversation starter than any other option.”  EM