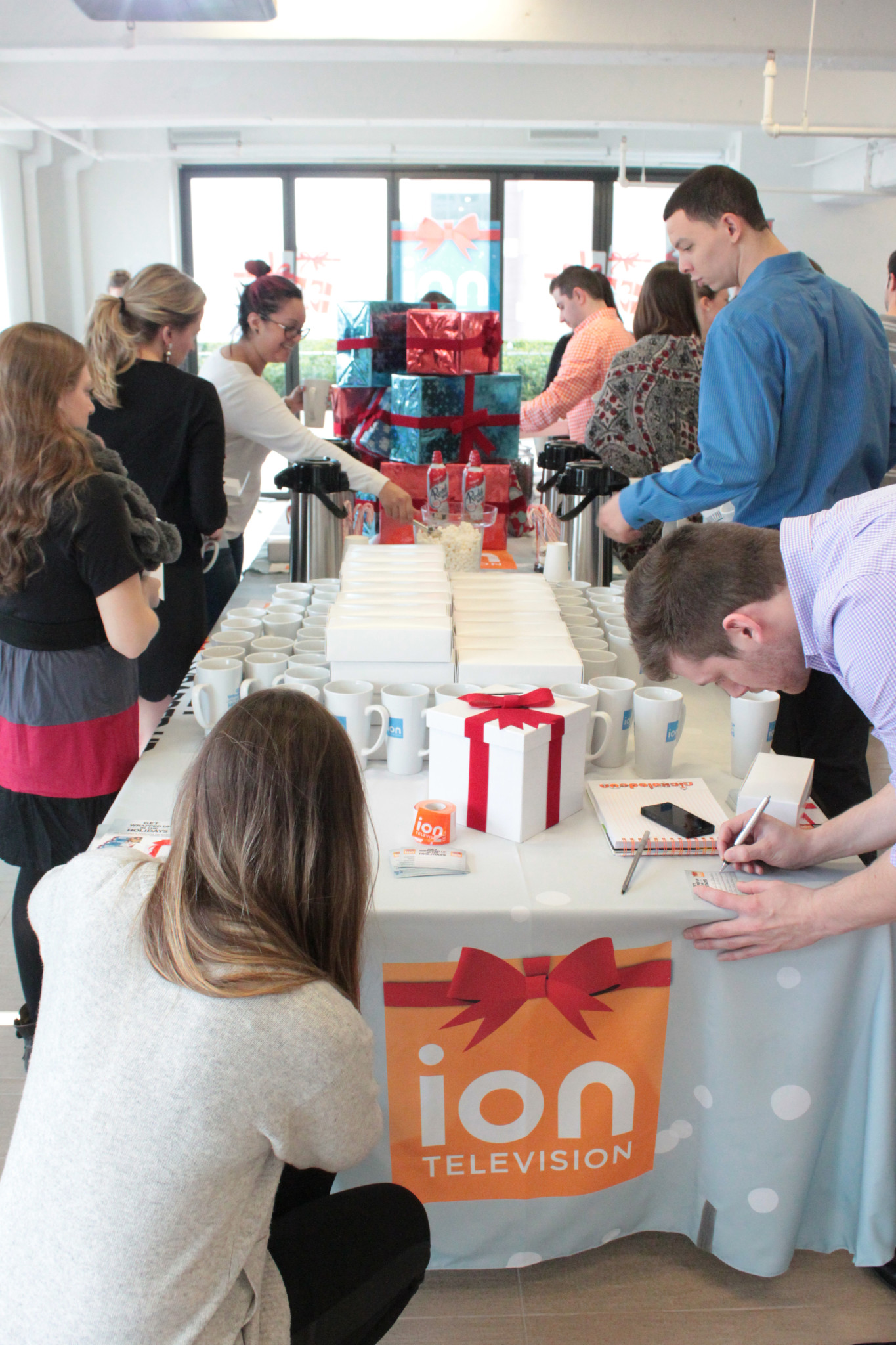 ION Television from Dec. 2 to 6 delivered holiday cheer and sweet treats to New York City media agencies, wrapping conference rooms with festive decorations and playing seasonal music and the network’s holiday films. The visits were the third component in a three-pronged effort to thank the agencies and build awareness for its holiday movie franchise, which has grown to 18 original films that air on Sundays and includes five new titles this year. The effort, called “Get Wrapped Up in the Holidays,” also included charitable and consumer elements.

“This year’s Get Wrapped Up theme is in line with our Get Caught Up positioning on air, and as we thought through the holidays and how people like to bundle up and get cozy with their families and watch holiday movies, we thought about other extensions that we could pull in to drive home the Get Wrapped Up positioning,” Chris Addeo, svp of marketing at ION Television, told Buzz.

The campaign kicked off on Nov. 20, when ION donated 2,000 blankets to the Coalition for the Homeless and accompanied the Coalition’s Grand Central Food Program, a mobile soup kitchen that delivers food nightly at 31 sites throughout Manhattan. Dean Cain, star of ION’s “Defending Santa” movie, helped distribute the blankets and appeared at a press event the following day. At a consumer stunt, which also took place on Nov. 21, brand ambassadors distributed branded fleece blankets and free rides in ION-wrapped pedicabs, as well as information on how to contribute to the Coalition for the Homeless.