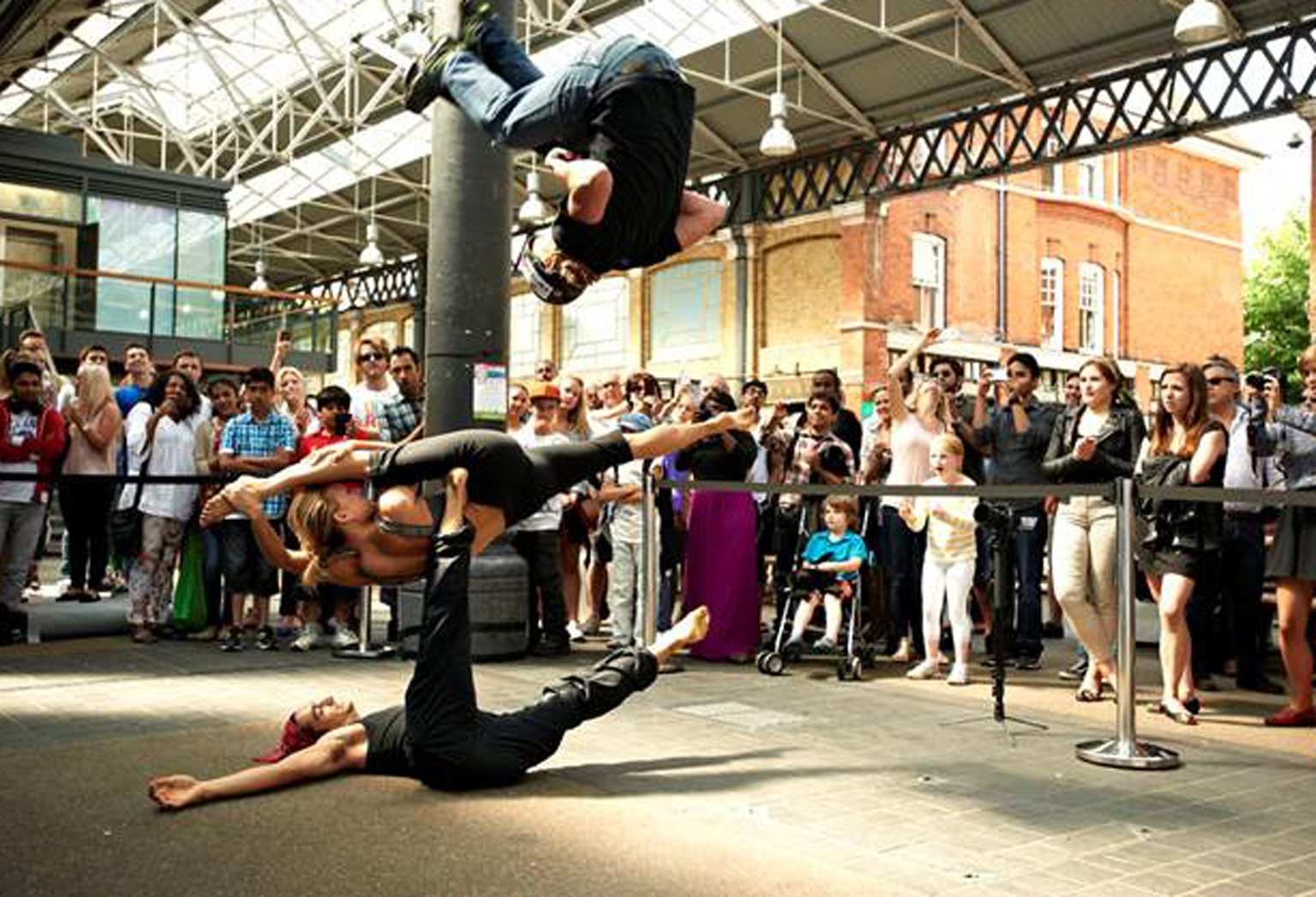 Intel wants consumers to know that it’s more than just a chipmaker. So to demonstrate its breadth of innovations to the public, in May it launched a six-month global tour to give consumers the opportunity to experience and interact its technology through Intel-based devices. The tour kicked off in New York City and hit Chicago, Tokyo, Beijing and London in June and July. It will make stops in Sao Paulo and Moscow before wrapping up in Sydney in October.

The “Experience Intel. Look Inside.” tour features custom built installations, including an open-air design for interior activations and a stand-alone “hub” for outdoor locations. AcroYoga and Extreme Pogo athletes perform outside venues to draw visitors in and simulate the Intel-powered Ultrabook (a light laptop that converts to a tablet). Inside, consumers are handed an Ultrabook to use with the experiences. Among them—an exhibit, created by Universal Everything of London, which transforms gliders consumers create on the Ultrabook into a digital flock of wings projected onto a giant LED screen.

Rather than have product experts give standard presentations, Intel at each activation is hosting live, culturally-relevant performances and demonstrations by hyper-local personalities and experts—from film, art, fashion, design and music—who integrate Ultrabook technology into their work. For the New York City and London activations, TV’s “Project Runway” season 11 winner Michelle Lesniak Franklin demonstrated how she uses the Ultrabook in her work as a fashion designer. After these features, random audience members are selected to receive a free Ultrabook by an “eye-in-the-sky,” a camera that scans the crowd to select an individual, whose image is broadcast on a giant LED screen.

“We really wanted to be face-to-face with consumers and create this authentic experience where we can be direct with them, get their direct feedback, see if we’ve changed their perception and to have some fun,” Victor Torregroza, program manager-corporate event marketing at Intel, told Buzz. Agencies: Tour: Vice, Brooklyn, NY; Build: The Taylor Group, Boston; Talent: LeadDog Marketing Group, New York City.