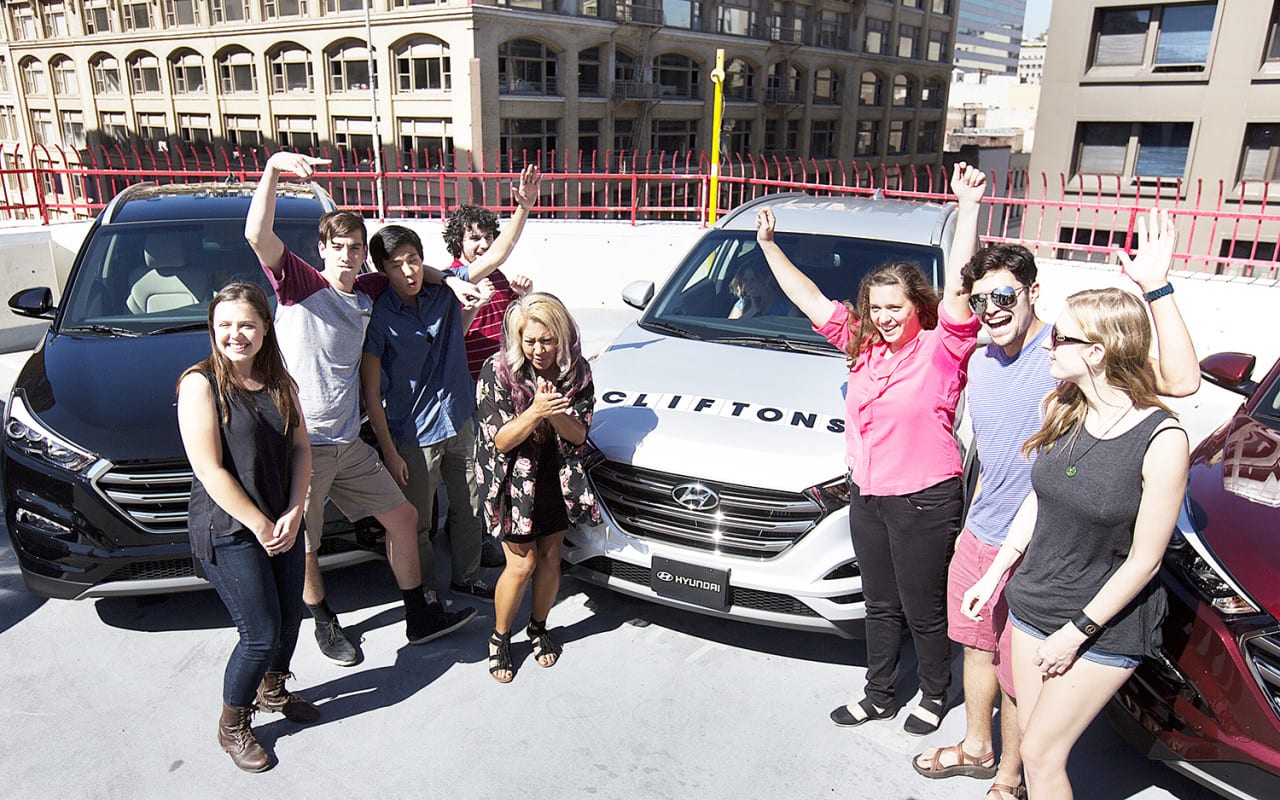 Mum was the word on Sept. 30, when Hyundai and iHeart Radio teamed up to offer a social media-powered scavenger hunt that led music fans on a wild goose chase of sorts through Los Angeles. Dubbed “Destination Unknown: A Hyundai Tucson Experience,” the event offered diehard Imagine Dragons fans a chance to solve a series of mysteries that ultimately led to a secret venue where the band performed an acoustic set.

Using #DestinationUnknown as a call to action on social platforms, banner ads and radio ads, the brands offered fans a chance to win tickets to participate in the event. Afterward, Imagine Dragons helped select four teams of “super” fans from the pool of ticket winners to take on the challenge.

Each team was provided a Hyundai Tucson and was tasked with completing a number of missions throughout the city of L.A. To do so, participants were required to stop at checkpoints that were pre-entered into the vehicle’s navigation system. At each stop, teams had to check in using the Tucson’s location sharing app, then complete a challenge to discover hidden letters that collectively spelled out the name of the secret concert venue.

With super fans at the helm of the scavenger hunt, the challenges were fierce. One puzzle asked participants to name four instruments aside from the drums that band member Daniel Platzman played. Fortunately, each team could solicit help from its social media communities. With each letter posted using #DestinationUnknown, online fans could help solve the mystery, while earning the chance to win VIP tickets to the evening’s show.

After the winning team collected each letter and unscrambled the final word, the mystery location was revealed: Clifton’s Cafeteria. Originally a Depression-era cafeteria that went to shambles, the building was recently refurbished to become a concert venue that highlights the California lifestyle, complete with a three-story Redwood tree stretching through the center of the space. There, Imagine Dragons performed its first-ever all acoustic set to an intimate crowd of passionate fans. A live stream of the show in Times Square amplified the event’s reach.

“Everybody has a different purpose in this event,” says Jon Budd, senior group manager-new media at Hyundai. “The artist has a new album that they want to get people to know, we have a new car that we want people to get to know and then iHeart wants people to use their channels to listen to music. We brought all those objectives together into one day. We didn’t just go license somebody and do a one-time thing.” Agency: GreenLight Media & Marketing, West Hollywood, CA.