How History Keeps its Comic-Con Activations Fresh Every Year 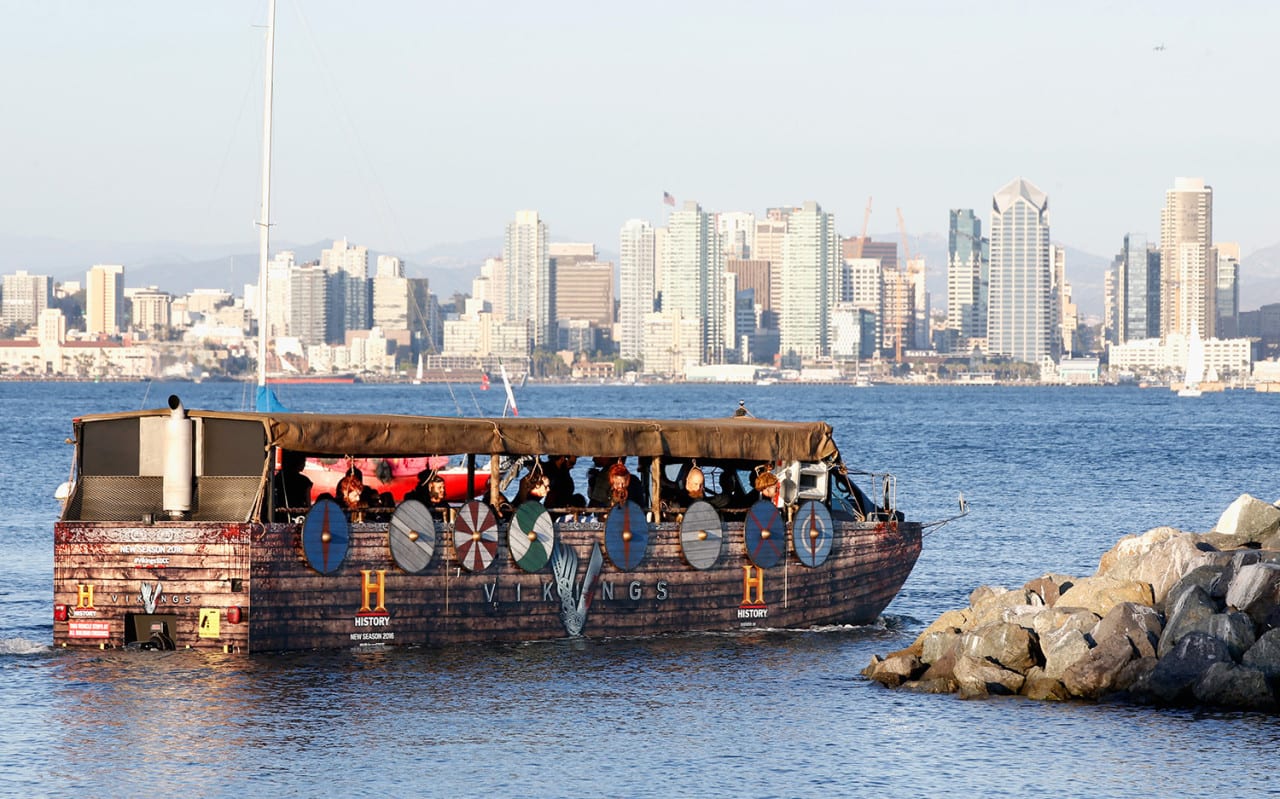 “Vikings” is one of History’s most successful TV shows, which is why for the past few years the brand has brought the series to life through immersive San Diego Comic-Con activations. This year’s convention marked the third year History has activated a “Vikings” program. So, how does the brand make sure what it’s offering is fresh enough for fans—and how does it measure what’s successful one year in order to evolve the experience the next?

“This show has a passionate fan base that I think a lot of shows would love to have,” says Elizabeth Luciano, vp-marketing and brand strategy at History. “And so our goals when we go to Comic-Con are two-fold: first, to give back to the fans and find out what excites them; and second, since it’s a place where every single entertainment press descends to get the latest on what’s going on, we want to capture their attention with clever executions.”

Here, we look at what drove this year’s “Vikings” activations.

Expanding on a fan favorite.

History last year activated a large event on the corner of 1st and J streets with cast appearances and multiple engagements. This year, with a smaller budget to play with, the brand activated a “Bludgeon Booth” on the convention center floor. Fans slipped into an authentic costume, chose a weapon, an opponent and then stepped into a glass structure equipped with ultra slow-motion cameras. When they swung the weapon, they were spattered with fake blood. The 15-second clips were tied to Instagram and other social platforms, so fans could bask in the gory… err, glory, of battle victory.

“We looked at what was popular from our major execution last year, and I think one of the most surprising things for us was we had a makeup area where people could have blood splatter painted on them,” Luciano says. “People loved it; Comic-Con is very much about getting into the role and embracing the costume and the makeup. And blood splatter, we found, was OK with them, so that sparked the booth idea this year.”

While it was a smaller activation on-site, fans were equally eager to share the experience—plus the pure spectacle of the experience attracted onlookers who captured the action and amplified it.

To expand its presence in San Diego (and drum up a little press attention), History transformed a San Diego seal tour boat into a Vikings Longship and offered scheduled rides in the downtown Gaslamp Quarter. While onboard, fans were gifted a drinking horn (a returning fan favorite), which gave them access to drink specials at select bars throughout the weekend. Fans waited 45 minutes to an hour to ride the ship even though routes were walk-able.

“Instead of participating in one spot we decided to take the show in a variety of places around Comic-Con to break through the clutter,” Luciano says. “We had this mobile presence at Comic-Con, amplified by the fact that our fans were cheering and chanting and doing all this crazy stuff.”

While History couldn’t schedule a time for the cast to do meet-and-greets with fans outside of the panel discussion, the brand utilized the Longship for a sweepstakes where fans could win a sunset cruise with the cast onboard via a social media call to action—further amplifying the messaging and giving the brand plenty of anecdotal and hard evidence with which to shape next year’s program. Agency: Civic Entertainment Group, New York City.