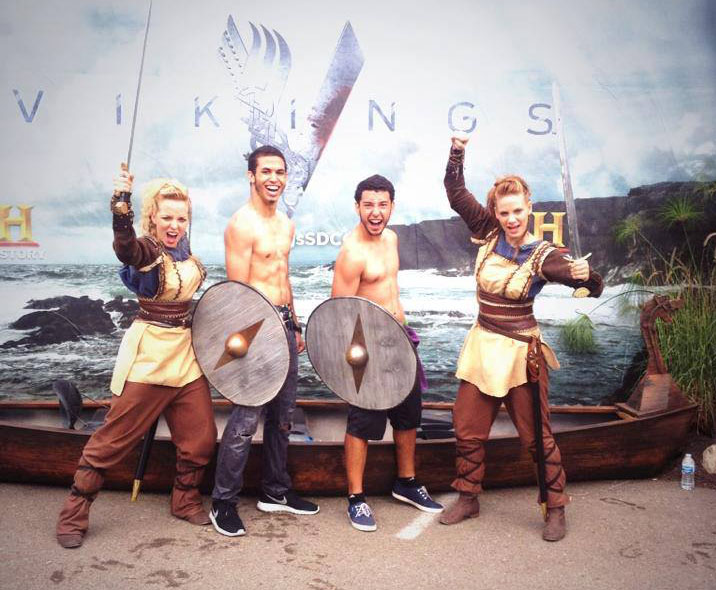 Television network History is ready to burn and pillage the throngs of pop culture fans at the upcoming San Diego Comic-Con to launch the brand’s promotions for its second season of “Vikings,” which will premiere in Spring 2014. The network will host a panel discussion about the show and meet-and-greets with the stars, but the key events will be outside the convention center at the All Hail Vikings Interactive Experience.

The highlight of the activation will be a dragon boat race between two consumers. Each of them will sit in a miniature Viking ship and row it down a 50-foot canal full of water. The brand also will deploy a green-screen photo activation that will put consumers in various “Vikings” locations. Brand ambassadors dressed as shield maidens will greet visitors and show them around the brand’s Gaslamp District-adjacent Valhalla. As a takeaway, visitors will get copies of a custom “Vikings” comic book written by the series creator and writer Michael Hirst. The outdoor activation will have a feasting lounge with some comfy seats and televisions playing clips from the first season of the show.

“We’re really looking at Comic-Con as the launchpad for our season two teaser campaign that will keep our fans invested through the premier next year,” Samantha Maltin, svp-marketing at History, told Buzz. “We want to appeal to super fans and acquire new fans. This [program] is truly our biggest priority for History right now.” Agencies: Civic Entertainment Group and Brand Connections, both of New York City.