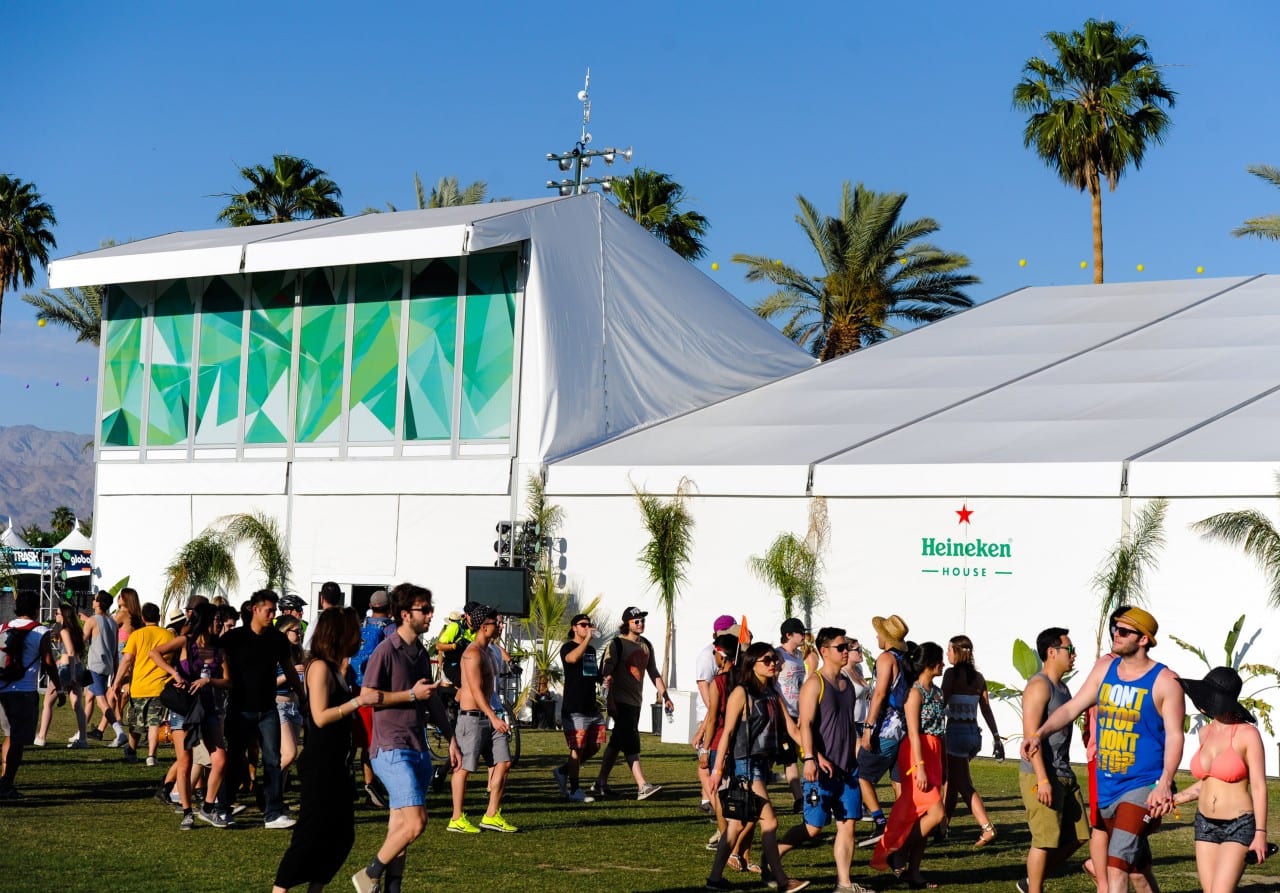 Heineken Snapchats with Fans at Coachella

For its 13th year as official malt beverage sponsor of the Coachella Valley Music and Arts Festival, Heineken traded in its signature on-site domes for Heineken House, a hub where consumers experienced collaborations across music, food and art. In a “beer brand first,” Heineken leveraged Snapchat, the wildly popular social photo-sharing platform, to tease live mash-ups of musical talent performing at the House. (For more photos, click here)

Fans connected to the brand’s username HeinekenSnapWho on the platform and were then sent a prompt to reply back with their birthdate to confirm they were 21 or over. The brand snapped image clues of select artists (think a piano as a clue for Billy Joel) who would be performing, and by replying back and guessing the artist correctly, the fan was then sent an exclusive sneak peek on when that performance was happening.

Other experiences at Heineken House included the World Fusion Bar, which served Heineken infused with freshly pulled herbs like lemon grass, mint and chili pepper (the brand has offered fusions like these in other parts of the world, but this was a first in the U.S. market). Los Angeles-based chef and former music producer Mark Trombino served up donuts inspired by artists he’s worked with in his career, like the Blink 182-inspired maple glazed donut topped with bacon—the “Bacon 182.” An on-site artist also created live art using consumers’ Instagram photos posted and tagged with #HeinekenHouse. In addition, Heineken’s cold storage facility returned this year for campers to store and chill up to two cases of the beer in their own finger-print protected lockers.

“We’re really trying to give the man of the world an opportunity to cross his borders and experience new things,” says Pattie Falch, director-sponsorships and events at Heineken USA. “We know that consumers don’t want to just be a spectator; they really like to be a part of what’s going on, so in everything we do we try to make sure that element is involved.”